NewsPaperthe art of publishing
Home News Hatred can’t be policed, so deal with the crimes that can
0

Hatred can’t be policed, so deal with the crimes that can 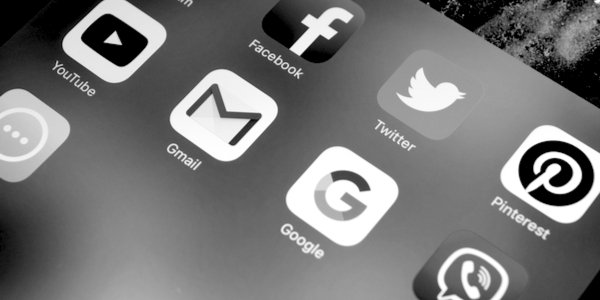 I sometimes wonder if Facebook is the contemporary form of fin-de-siècle Parisian salons. I have seen snarly political arguments, mean gossip, wonderful recipes and complex discussions on literature which would not have been incongruous at these historical meeting places. Sadly we are far less free in our ability to express ourselves than those Parisian subversive sophists ever were.

The hope of social media is to be a space where ideas are freely exchanged, but instead it’s become a place where governments can put into practice an authoritarian ideology, in the name of preventing hate crime and its subset, hate speech.

Hate speech laws are divided into two categories, the first being to preserve public order and the second to ‘protect human dignity’. The UK already has laws against inciting violence and physical harm. But we should not have laws preventing us from expressing our opinions, regardless of whether it hurts or offends a person’s dignity. This is law based on subjective emotions, victimhood and divisive identity politics. The consequential lack of clarity means no one is immune from being prosecuted for hate speech.

In 2015/16, the police reported 62,518 hate crimes, up by 19 per cent from the previous year. The UK did not suddenly become a racist hotbed of violence and hatred. You could be forgiven for believing the government has been manipulating hate crime statistics in a misguided attempt to legitimise its tyrannical crackdown on free speech. So what exactly has been happening?

Regular crimes such as assaults, arson, public order breaches and the curiously described ‘violence without injury offences’ are now classified as hate crimes. The Crown Prosecution Service (CPS) defines a hate crime as any event which the victim perceives as one and will prosecute if it is deemed to be in the public interest. But given its latest criminalisation of a teenager for sharing rap lyrics on Instagram I have no faith in its judgment on this matter, or anything else.

No wonder statistics on hate crime have skyrocketed. This re-categorisation of the figures suits the rhetoric that we are terrible racists and justifies the policing of free speech, especially on social media. This is an insidious and destructive tactic reminiscent of the world’s worst regimes.

The police now run the True Vision website, the aim of which is to encourage the reporting of hate speech, defined as anything deemed ‘hostile, based on race, religion, sexual orientation, disability or transgender’, including words and music. This blatant attempt to control language and artistic expression should frighten anyone who values freedom of speech and what is left of our ability to criticise the establishment.

Should we be allocating such resources to hate crime and speech? Do we want our police on the streets tackling knife crime, acid attacks and rape gangs or do we want them sinisterly patrolling social media? There are not enough police to have it all.

We are entering a ‘Brave New World’ if the government and social media conglomerates start to police the internet together, even if for good reasons such as cyber bullying. Jeremy Hunt recently wrote to internet companies, including Facebook and Google, demanding that they promote ‘healthy screen time’. Facebook is already colluding with China’s demands for internet control by creating censorship software for its government.

Surely in the West it must only be parents who advise and protect their own children and not the state, Google and Facebook in some quasi-governmental pact. Unless the goal is to emulate China and subjugate us in the name of protection from hate crime and speech. Because if it is, our government is close to achieving this Orwellian nightmare.

Despite their virtue-signalling of diversity and neutrality can we trust these social media giants to censor hate speech? Over the past year Google has started removing YouTube videos which depict people or groups proscribed as terrorist organisations by the UK and US governments. As commendable as this may be, it is a policy doomed to failure as terrorist groups evade the censors by placing terrorist materials over news footage.

Google has gone for the easier option and inexplicably removed Prager University videos and those of intelligence expert Tom Quiggin, a critic of Islamism and a promoter of free speech, who was suddenly booted out of YouTube and Gmail.

But videos featuring Yusuf Qaradawi, cleric to the Muslim Brotherhood, still remain. The reason, I suspect, comes down to profit. Alphabet, the parent company of Google, recently reported that its profits hit almost £7billion in the first quarter of 2018. Google makes money mainly from advertisements. Recently 300 companies complained that their adverts appeared on YouTube extremist channels.  Perhaps it’s easier, and more profitable, to remove conservative content under the guise of hate speech than to censor Islamist terrorists?

These endeavours to police the internet are confusing, hypocritical and contradictory. But what is clear is that language and the expression of our thoughts and ideas should never be criminalised. Hatred, even anti-Semitism and racism, cannot be policed.

Persecuting freedom of speech in the name of hate crimes creates a culture of fear and self-censorship. I would far rather know what people really think than have the thought police force them underground, because all this will achieve is resentment and possible violence. The only way to counteract it is through education and reasoned debate. The childhood adage ‘sticks and stones can break my bones but words will never hurt me’ is apt. Attempts to control our language, ideas and thoughts are sinister, undemocratic and infantilising. We need our freedom of speech back.