NewsPaperthe art of publishing
Home News Hate, not race, is the problem
0

Hate, not race, is the problem 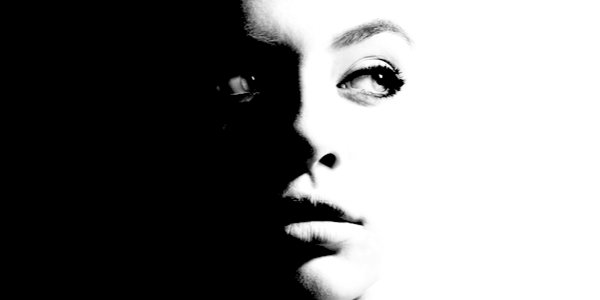 IN New Testament times the scribes and Pharisees had considerable influence upon the way people in Israel thought and behaved. These two groups laid great emphasis on the need for adherence to their man-made additions to the law of Moses, and they were proud of their own rigour in this respect. Pharisaic religion tended to focus upon external observance rather than love for God and men from the heart. The scribes and Pharisees loved to be seen to be fasting or donating their money, and were quick to condemn those who did not conform to their political correctness. In other words, they were skilled in the art of virtue-signalling.

Anti-racism as practiced by the culturally Marxist liberal establishment in the 21st century is very akin to the religion of the scribes and Pharisees. As long as you outwardly conform to the creed, it does not matter how much hatred you harbour in your heart towards anyone who disagrees with you. In modern Britain the most effective way of demonstrating what a good person you are is to make some self-righteous statement concerning your shock at the perceived racism of others, and to make it known how utterly devoid of such racism you yourself are.

Last week I was preaching the gospel in the high street of a nearby town, which happens also to be one of the most multicultural towns in the country. A group of young people, mainly teenage girls, were staging a ‘Black Lives Matter’ protest with banners and chanting. Their theme was the horrors of colonialism, the evil of slavery and the plight of black people in modern Britain. They were displaying a list of the names of black people abused by the allegedly racist UK police.

My colleagues and I decided politely to challenge them. We endeavoured to explain that divisions in society are due to the problem of sin, which is inherent in all men, and not to the issue of race. They were also gently advised that, as sinners, they themselves needed to come to the Lord Jesus Christ for personal salvation.

We suspected that these teenagers have never been exposed, either via their formal education or through the media, to any other worldview than the Marxist propaganda that western society is riddled with ‘white privilege’.

We Christian ministers endeavoured to explain to the protesters that the world’s problems cannot be solved by presuming a uniform victimhood in one racial segment of humanity at the hands of a uniformly wicked different racial segment. It is rather necessary to deal with the root cause of hatred and divisions, and that is sin, a problem which is endemic in all races and cultures.

Also, the Marxist solution of ‘it is all the fault of the white man’ has no way of explaining the very common phenomenon of hatred and division amongst people who belong belong to the same ethnic group. We could cite the very contemporary example of the appalling terrorist activity being directed against Christians in certain parts of Nigeria right now. This terrorism is being conducted by people of the same skin colour as their victims.

What exactly is the protesters’ evidence for the existence of systemic racism amongst the British police and in British society generally? Why do so many people from other lands and cultures continually want to come and settle in this country, even at this very moment being prepared to gain access illegally, if life is so dreadful here for anyone who is not white?

When I pointed out to the young protesters that it was white evangelical Christians who had worked tirelessly to bring about the abolition of slavery, they did not view this fact as any undermining of their evil white privilege thesis.

The mainstream churches in the UK have now generally abandoned the Biblical gospel of salvation, and have sold out completely to the ‘woke’ and secularist ‘social justice’ agendas. Yes of course as Bible-believing Christians we love our neighbour whoever he is and wherever he comes from, but the Bible’s teaching on the equality of all does not require the abandonment of national identity, the abolition of national borders, nor the despising of one’s own culture and history. Of course British history is far from perfect, but which of the tribes of the earth can claim to be without sin in respect of their national stories?

It is also a plain fact that there is much to be legitimately proud of in British history. Indeed, I would submit that everything that is good about this nation, even on the basic level of the establishment of schools and hospitals and the development of a parliamentary democracy, can be clearly traced to the influence of the Bible and the Christian gospel.

Finally, with regard to Sir Winston Churchill, let it be remembered what he said when addressing the House of Commons on June 18, 1940: ‘The Battle of France is over; I suspect that the Battle of Britain is about to begin. Upon this battle depends the survival of Christian civilisation.’ We cannot of course read into Churchill’s heart, but what we do know is that he understood the value of the influence of the Christian gospel over many centuries, in contrast with the dark and anti-Christian creed of Nazism. He saw the need to fight to preserve our Bible-based civilisation. For his insight in this regard we shall for ever be thankful.