Hate crime? Manchester’s mad for it 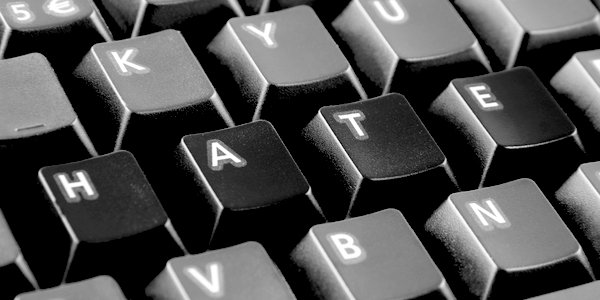 A DATE for your diary: this year’s National Hate Crime Awareness Week begins on October 12. No doubt you are thinking: ‘Must I wait a further eight long months before celebrating the UK’s hate crime legislation? Is there not something I can do before then to encourage more reporting of hate crime?’

Those who cannot last until autumn should immediately head for Greater Manchester. Not content with being part of the national event in October, from today the city and surrounding area is staging its own Hate Crime Awareness Week (HCAW) – an annual event which began in 2012. When it comes to raising awareness of hate crime in Greater Manchester, the locals evidently are, as they say, mad for it.

Manchester was in fact widely praised for having been, in 2013, the first police force voluntarily to extend the list of protected personal characteristics to cover alternative subcultures.  The protected group is reported to include goths, emos and punks, but six years later still does not extend to social conservatives.

– a laudable sentiment, albeit one which prompts the viewer involuntarily to reprise Paul McCartney’s Frog Chorus.

The film also includes the deputy mayor for policing and crime vowing ‘I won’t stand by’. Unfortunately, singling out hate crime reinforces the perception that, for police in Greater Manchester and elsewhere, expressions of unfashionable opinion and utterances of politically incorrect thought now trump all other offences.

If there must be ‘raising awareness’, a much more useful campaign would be one which exposes the many nonsensical interpretations of hate and which aims to rid us of this pernicious doctrine: attaching the label ‘hate crime’ results in identical crimes being accorded differing levels of severity, importance and attention. Also, the definition of hate crime is so elastic that the CPS ‘use the everyday understanding of “hostility” which includes ill-will, spite, contempt, prejudice, unfriendliness, antagonism, resentment and dislike’.

Yes, unfriendliness. Furthermore, the concept is entirely subjective: anyone having one or more of the protected characteristics is entitled to self-identify as a victim and cannot be gainsaid. The Metropolitan Police even instructs officers: ‘Evidence of the hate element is not a requirement. You do not need to personally perceive the incident to be hate related.’

It gets worse: ‘Not all hate incidents will amount to criminal offences, but it is equally important that these are reported and recorded by the police.’ This is the creed which, as recently posted on TCW by Frank Haviland, caused Humberside Police to ‘check the thinking’ of the re-tweeter of a mildly disparaging ode to transgenderism; it is the same tenet which last September prompted South Yorkshire Police – whose patch includes Rotherham – to issue its now notorious plea for the public to ‘report non-crime hate incidents’.

In addition to reporting hate crime, please report non-crime hate incidents, which can include things like offensive or insulting comments, online, in person or in writing. Hate will not be tolerated in South Yorkshire. Report it and put a stop to it #HateHurtsSY pic.twitter.com/p2xf6OLoQZ

Back in Manchester, the arranged events for its Hate Crime Awareness Week include having children, in one case between the ages of five and eight, ‘research the impact of hate crime and design leaflets, posters, T-shirts and a display’. Previous generations were taught that sticks and stones might break their bones but names would never harm them; however, don’t expect to see that defiant sentiment on anything these infants produce, not when it is being inculcated that speech is potentially an offensive weapon.

Also taking place, on Wednesday at Manchester Communication Academy, is an event staged by the charity We Stand Together which aims to ‘develop some ideas based on humour challenging hate’. The dread prospect of this being two hours of worthiness rather than wit is reinforced by organiser Robin Graham promoting it in the Manchester Evening News as ‘seeing how we can use laughter to help explore issues’.

However, Graham continues: ‘When the laughter just bubbles up, or we say something unintentionally which others may think inappropriate and we laugh, before anyone takes offence maybe we should look at the intention behind the action. If there is no intention, can we just accept it as a spontaneous letting go?’

Crikey: this fellow seemingly holds the quaint view that offence should not be taken where none is intended. He even dares to suggest that – gasp – ‘context and perspective are also important’, which he illustrates by relating his experience while a volunteer worker in Ghana.

The causing of offence ought indeed to be all about intention and context, though Robin Graham does not reveal whether in his home city he employs a similarly relaxed speech code. In Manchester a greeting of ‘Hello, black person’ would, regardless of how cheerily it was expressed, quickly result in the speaker having his ‘hate crime awareness’ raised by the police feeling his collar.