NewsPaperthe art of publishing
Home Brexit Watch Has mendacious May been colluding with the EU all along?
0

Has mendacious May been colluding with the EU all along? 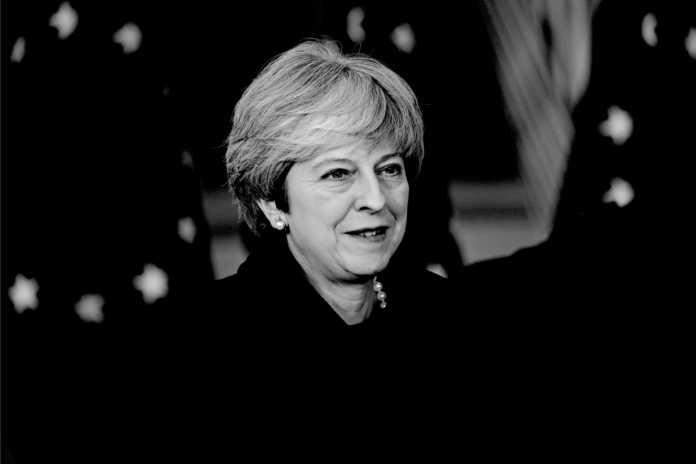 TURKEY Tory MPs voting for redundancy; Blairite Remainer MPs opting to be governed by the EU regulation machine. The game’s afoot, and the brilliant May whipping machine has already got an advantage by holding such an immediate and short period for the voting on her competence.

She has once again deployed her resources ruthlessly against her own party members, in total contrast to the way she lay down before Barnier’s demands. She hopes to bombard Tory MPs with wall-to-wall media attack, notably by her BBC supporters, and bounce them into a Project Fear vote for her, as if she were the safe and steady, strong and stable, option against the mad Brexiteers.

The Beeb by midday were giving airtime to zombie Tory Remainers complaining that the Brexit challenge was by ‘middle-aged white men’ disrupting a perfectly nice and reasonable PM doing her job. This kind of smear politics is surely from the Remain playbook and its People’s Vote funding fountain, pouring cash into the social media sprayer, as Guido Fawkes has pointed out.

There are roughly 150 Tory MPs in government jobs. May has done great work in building a salariat against this kind of challenge, and jobbery has succeeded brilliantly in turning former Leavers into bought and paid-for Remainers, who would go through hell to ‘support Theresa’ – apparently oblivious of the damage her plan will do to our democratic nation state. Jobs before country is clearly a powerful impetus for this essentially Blairite Remainer majority. Why else would a sane Conservative want to keep Mrs May, now a figure of ridicule, let alone failure, at the helm of the UK?

Her plan, they must know, cedes sovereignty for years ahead to the EU, it places the UK in a customs union indefinitely by law, and this is to be regulated by the Joint Commission of unelected foreign officials, as is our agricultural policy and fisheries. And this is good?

The one way to stop this happening is to remove Mrs May, which our ‘Blairite Remainers’ will block just so as to support . . . Theresa and her plan.

Yesterday 48 letters were at long last triggered by the postponement of the ‘meaningful vote’ on this deadly plan, which was yet another deferral to we know not what or when to gain yet more time to plan more camouflage.

Once again Mrs May informed her EU colleagues of this deferral before telling her Cabinet, just as she did with the Chequers plan, even failing to inform the patsies that Barnier’s deputy Sabine Weyand had condemned the plan as unworkable, deceiving the Cabinet by pretending all was well with the Chequers plan as she rammed it down their throats.

Delay has been a crucial ingredient of the May plan of bullying MPs into a deeply pro-EU settlement. As time goes by, the clock is ticking, Canada plus is ditched with no reasoning given, Norway is never considered, WTO is given the Project Hysteria treatment; all as MPs are gently funnelled into the end of the duck net trap. Each day more damage is done to business confidence, and more pressure applied to MPs to ‘be sensible’ and swallow the poison pill.

As we ponder the choreography of deferral as the way of buffering resistance to ‘her’ plan, which is continuing even now, it’s hard not to conclude that she has been working for EU officialdom, never against it.

One wonders if she really even knows the contents of ‘her’ plan, and whether its putative architects Olly Robbins and Sabine Weyand even gave her time to read and digest this ‘one and only plan’ available, this unique self-certifying plan which alone can unlock the Brexit prison doors, before she in turn bounced the Cabinet into it.

She has misled Parliament, her Cabinet and public so often that either she is uninterested in the actual truth of the Withdrawal Agreement or is a stranger to normal definitions of truth. It is not for want of these errors being pointed out. Take these examples: Trump said the WA ruled out a UK trade agreement with the US; she denied this but Trump was vindicated. She said the European Court of Justice would have no jurisdiction in the UK, a lie or a grave mistake. And so forth. The list of her basic ‘mistakes’ or reversals is long and extraordinary, yet still our Blairite Remainer Tory MPs ‘want to support Theresa’ and her plan. Why? They patently cannot conceptualise that we need a totally different deal with the EU.

Her behaviour in trashing normal standards of Cabinet government and treatment of Parliament may seem shocking, but it’s worth remembering this is not new. It was intended by the leadership of Conservative Party and civil service from the outset. The long-hidden Foreign and Commonwealth Office document FCO 30 / 1048 divulges the Conservative Party’s slow-burn deception on the public when Heath and Rippon, with the knowledge of Alec Douglas-Home and the legal advisers, signed the UK into the Common Market by the Treaty of Rome. This was not intended then to be reversed. It was intended that the ceding of sovereignty would be a slow process which had to be concealed because it would have sparked outrage in the electorate had the truth got out. The plan was for national sovereignty to be passed over to Brussels administration, little by little and through Parliamentary channels, but gradually absorbing their power and making them just a matter of show. The officialdoms of the UK and EU were to interweave and the national loyalty was to be sucked to Brussels and its bureaucracy. Government was to become an executive through a management system, away from national sovereign accountability.

And now here we are. You could say we have arrived: Mrs May is telling us that our one plan is to accept EU regulation across wide swathes of our national life, indefinitely – unless the EU chooses to be ever so nice. But why should it?

Here is a chunk of this seditious text: Mrs May could be the perfect illustration of this description of what Heath and his anti-democratic plotters had in mind when they took us, blindfolded, into the Common Market. Here is the script given us by the Foreign and Commonwealth Office officialdom in 1971:

26. To play an effective part in the Community British members of the Commission and their staffs and British officials as negotiators will necessarily assume more political roles than is traditional in the UK. The Community, if we are to benefit to the full, will develop wider powers and co-ordinate and manage policy over wider areas of public business. To control and supervise this process it will be necessary to strengthen the democratic organisation of the Community with consequent decline of the primacy and prestige of the national Parliaments. The task will not be to arrest this process, since to do so would be to put considerations of formal sovereignty before effective influence and power, but to adapt institutions and policies both in the UK and in Brussels to meet and reduce the real and substantial public anxieties over national identity and alienation from government, fear of change and loss of control over their fate which are aroused by talk of ‘loss of sovereignty’.

Whether or not Theresa May is being ‘played’ and is just a glove puppet for cleverer handlers who are ruthless implementers of the EU ideology, she is fulfilling the vision of a UK regulated by Brussels – a region of the EU along with its fishing grounds and a nation state only in a ghostly form. Remainer Tory MPs, shamefully aided and abetted by the Cabinet converts from Brexit such as Gove, Leadsom, Fox and Mordaunt, are basically putting the finishing touches to the great Conservative Party deception put in train by Heath in 1972. That is what they will achieve by keeping this pathetically failed PM wobbling along on her throne, leaving a trail of destruction behind her.