Will flip-flop Boris turn into Theresa? 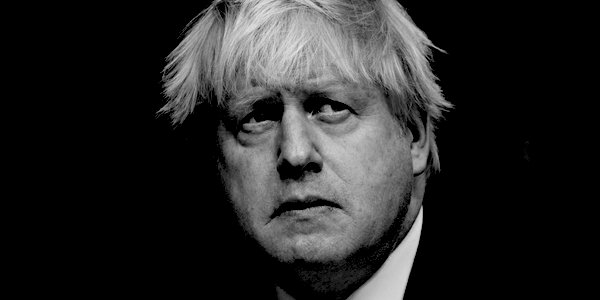 BORIS Johnson has said that the government must get Brexit done by October 31 or else the Tories face extinction. Beth Rigby of Sky News has quoted him likening Brexit to a bawling child that must be pacified and put to bed, before the government can begin to regain popularity.

Johnson: “The way to win in any seat is to stop banging on about brexit and put that balling baby to bed, pacify it and recapture the political agenda with one nation conservatism. That’s how I won in London twice and how we can beat Lib Dem’s now”

Mr Johnson has said that as a PM he would take the UK out of the EU with or without a deal, although he wants a deal. However he has also implied that he is planning not to bury May’s WA but simply to take the Irish backstop clause out of it, as referred to in a later Beth Rigby Twitter exchange.

Boris Johnson: ‘the obvious way out of the Brexit morass is to take that out’ — a reference to the backstop

So where does he stand?

In his speech on Tuesday to the One Nation Conservative hustings he said that the Brexit plan that did have the support of the Commons was the Brady amendment – which mandates that Theresa May’s deal will be passed only if the Irish backstop is scrapped.  This, he said, was the basis of a future arrangement, and though adding that the country must be ready for No Deal. But otherwise his approach mirrored Remainer Matt Hancock’s plan to tweak the WA to remove the Irish Backstop that Hancock said the EU are open to talking about. That Boris refused to meet Trump in favour of these One Nation hustings indicates how important to him winning over Remainer MPs is and why being seen to be cosying up to their bogeyman Trump was to be avoided.

Lest we forget, on the third vote on the Withdrawal Agreement Boris caved in and and went along with the ‘payroll’ vote despite its plan for the vassalage that he so fiercely and rightly warned that it would bring.

He seems to be continuing this flip-flop and declaring himself to be a supporter of the May ‘not-a-deal’ as the only way of getting a deal. He speaks of the country having to be ready for a no deal Brexit, but his emphasis now seems to be on making a Brexit, however BRINO, in order to pacify the raging Parliamentary electorate. Is he sliding soundlessly to a Gove-like position of assuming the WA is the one way towards a deal, quietly making ‘no deal’ an unlikely and remote outcome, once again undermining that crucial bargaining chip against the EU?

He is against a second referendum, as are most Conservative MPs, but he appears to have joined the ex-Leave stream of MPs and is apparently reneging on his trenchant rejection of the humiliating robbery imposed on us, in bad faith, by Barnier and May. Echoes of Heathrow should be ringing in our ears. Is his powerful anti-EU rhetoric now no more related to reality than was his promise to resist, to the death, the third Heathrow runway?

He was conveniently away for the crucial Commons vote on this.

Could Johnson, like May, find himself trying to persuade the EU to soften the backstop, and get nowhere since no deal once again is ‘off the table’? Will that be his position – a supplicant who has given away his bargaining chips, including the whole raft of defence capabilities pencilled in for PESCO by Sir Alan Duncan?

Has he already been bullied into this by the outrageous threat of Remainers such as Hammond to ‘bring down the government’, his own Conservative government, if it proposed quitting the EU without a deal, even having attempted to get one, that even a principled leaver like Steve Baker admitted to Beth Rigby some two weeks ago now was possible?

In my report tonight, @SteveBakerHW admits a No Deal Brexit could collapse govt. "Yes the govt could collapse, but if it does collapse it's because Tory MPs have failed to live up to their promises and responsibilities to the public" Watch at 8/9/10pm – and I'll tweet link soon

In short, is Boris now ‘continuity May’ and, not much different to Gove, will not bang the table or tell the EU that the WA is an outrage needing to be exposed as probably illegal, with heavyweight legal evidential support; will not place the ERG free trade plan on the table and tell the EU it is that, as a structure, or no deal? After we have been taken to the cleaners by the EU under May, is it possible that all Boris’s plans boil down to are tweaks that still leave us pleading for a deal in two years time? The very ‘vassalage’  he protested so vehemently against? Is this why Mr Trump suggested that Mrs May had prepped the deal and may prove to be a better negotiator after all? Had Boris briefed him in their 20-minute phone conversation?

Surely he is wrong if he thinks that he can con the grassroots with such a flip-flop, or think that if he did manage such a sleight of hand he’d have the remotest chance of putting Farage back in his box. A second betrayal would only enrage Brexit voters all the more and, far from saving his party, bring it closer to the extinction he purports to be fending off.

The biographer of Churchill needs to assure us rapidly that he is not planning the very reverse of that legacy, an act of appeasement that plumbs the depths of Conservative chicanery and completes Edward Heath’s intention of surrendering British sovereignty.