Grasp the nettle and scrap the Human Rights Act 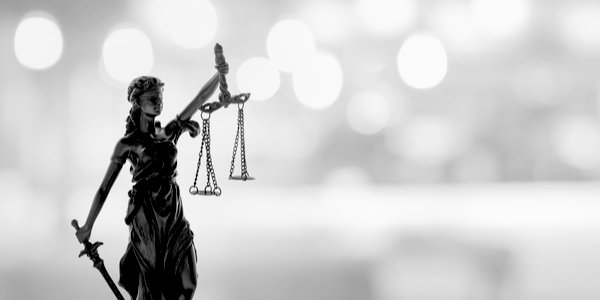 THE government is facing a momentous dual challenge to reform the draconian 1998 Human Rights Act – that great lawyers’ charter – over the coming months. First, Sir Stephen Laws, former first parliamentary counsel responsible for drafting government laws, indicated that the government should derogate from the European Convention on Human Rights to hold off legal challenges to the easing of lockdown rules in the ‘dangerous’ weeks ahead. Second, during the Brexit trade negotiations on Friday, EU Brexit negotiator Michel Barnier continued to criticise the UK for refusing to commit to the Euro-centric rights in the European Convention on Human Rights. The UK already incorporates the Convention into law through the 1998 Act. Given the depth of those challenges, it has become difficult to reconcile Boris Johnson’s continuing defence of that law with the ability to govern across all areas of law despite their obstacle to the government’s own objectives.

The pervading question still remains: given the perils it imposes, why then leave the Human Rights Act intact? Why continue to incorporate European Convention rights, given the restrictions they impose in all areas of government policy?

At the core of the problem is the failure of successive governments to challenge the follies of the Human Rights Act 1998 which incorporated the European Convention on Human Rights into UK law. After all, the Brexit process has shone a light on how our rights are no longer there to be administered by a foreign court or to remain unchallengeable by the public or left practically unamendable by parliament.

In a recent report for our think tank Civitas, Rebalancing the British Constitution, I have highlighted how the Human Rights Act should be abolished as Britain seeks to regain its ability to decide its own human rights laws within its own democratic public sphere. The Human Rights Act has had a long-lasting detrimental impact on the UK constitution, emboldening a judicial supremacy of rights, far removed and insulated from the electorate.

In contrast, the Conservative government’s own manifesto commitment to ‘update’ the Human Rights Act provides it with a window of opportunity finally to repeal the Act and withdraw from the jurisdiction of the European Court of Human Rights. Britain may then break with being a signatory to the European Convention on Human Rights and could rekindle its own workable and legitimate British rights moral code for the twenty-first century.

The impact of the Act is felt in every corner of government policy. During the negotiations for a Brexit trade deal, British negotiators have (rightly) expressed resistance to signing a future commitment to remain within the European Convention on Human Rights, which Michel Barnier (as Brexit chief negotiator) has continued to demand.

Simultaneously, after the Streatham terror attack, strong caution was expressed by some that the government’s recent Terrorist Offenders legislation – ensuring that terrorist offenders are not automatically released before the end of their custodial term without agreement of the Parole Board – could become subject to the European Convention (under Article 7). It could potentially mean a ruling against the government on making any retrospective changes for existing prisoners.

Further still, it continues to be strangely claimed by political elites that Britain needs a codified, written constitution with the Human Rights Act at its heart after Brexit. Those opinions have entirely missed the ‘politics of our age’ – and in most cases, its leading parliamentary advocates found themselves unelectable at the last general election. After all, the public desire after Brexit is to have a stronger democratic process in which applicable rights and laws are derived from a strongly contested debate within the democratic public arena. (That is, not to have foreign laws imposed through judicial rulings.)

In any case, as my report indicates, there is a stark contradiction between the government withdrawing from an EU legal architecture while seeking to enhance a complementing European Convention rights-based system. In the future, it will become unmanageable. In an age where we might seek to reclaim democracy and deliberation as the foundation for future UK rights, the top-down, heavy-handed, judge-led approach to rights-making under the Human Rights Act is no longer appropriate.

Former Prime Ministers and Home Secretaries have pledged to scrap the Act and potentially withdraw from the European Convention but political circumstances appeared to prohibit those essential changes. The views of the current Home Secretary, the Foreign Secretary and Attorney-General have all reflected similar concerns. But a Conservative government with an 80-seat majority is surely better placed to finally deliver that legislative aim?

The capacity to govern and protect the nation state must, in modern times, operate in the face of serious ambiguity because of the Act. Innumerable court cases continue to permit European Convention rights of often dangerous individuals – including detained terror offenders – to override the rights of all others in society in safeguarding their public safety and national security.

Given the government’s manifesto commitment to set up a Constitution, Democracy and Rights Commission this year, that Commission must necessarily review the commitments to European human rights laws – while recognising that the current system of judicial overreach must be stabilised to return the judiciary to its former independence.

The bogus historic assumptions that the Act would enable parliament to decide on rights issues in practice enabled only courts to decide – with only one ‘declaration’ wholly resisted by parliament in the entire 22-year history of the Act. In contrast, legislating for rights by parliament would enjoy a greater sense of democratic legitimacy than decisions made by judicial review.

To have disqualified entire sections of society from rights questions under the past 22 years of the Human Rights Act – by construing rights as a matter ‘not for them’ – is a judgement on which the overlooked majorities have stored up considerable resentment. As my report suggests, the opportunity to rebalance the constitution, to take back parliamentary democracy and to reverse the judicial overreach of the Strasbourg court remains viable and achievable.

Jim McConalogue
Jim McConalogue is editorial director at the think tank Civitas and author of The British Constitution Resettled: Parliamentary Sovereignty Before and After Brexit (Palgrave Macmillan).