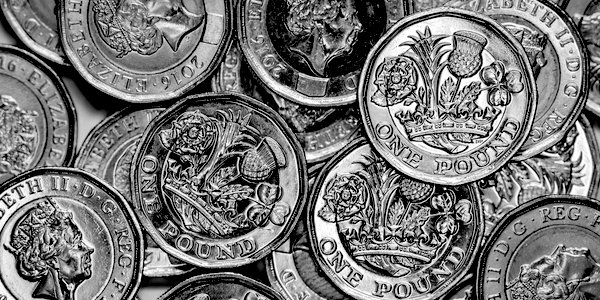 IS this government by cargo cult? What else has to be done to placate the angry god of the NHS? Sacrifice our children? Lock up the old? Oh, we already have. Must people be stopped from moving house now to make the lockdown work?

This irrationality is what happens when ‘science’ becomes a substitute for the exercise of leadership. Primitive magic becomes the order of the day.

Yesterday Sherelle Jacobs put her head above the parapet at the loyalist Telegraph and accused Boris Johnson of being panicked into abandoning a sensible Covid-19 strategy (one championed by Dominic Cummings; though creepy it was clinical and completely correct, she averred), of plunging society into crisis, and trashing the economy rather than expose himself and his government to political criticism.

Right, but wrong too. Jacobs fails to mention what a responsible leader should have done in January that would have prevented the pressure and panic that’s seemingly inexorably led him arbitrarily to shut down the country.

In backing another imperfect science-based policy she betrays a trust in government that is not deserved; she ignores his earlier failure to exercise his own judgment and over-reliance on bad track record scientific advice.  She is wrong, too, to assume this is a binary choice between laissez faire libertarianism versus lockdown (national sacrifice or totalitarianism, however you choose to cast that end of the axis).

Was any more than common sense and good judgment needed for a responsible leader to realise there were too many unknowns to risk a laissez faire response once China reported its coronavirus outbreak in December? Yet extraordinarily, despite the risk of a repeat ‘SARS pandemic plus plus’, given the far more globalised and interactive world of today compared with 2002/3, The Scientific Advisory Group for Emergencies (SAGE) which provides scientific and technical advice to support government decision makers during emergencies, advised studied inaction. This was explained to us by the Chief Medical Officer for England, Professor Chris Whitty, as a scientifically-based ‘Contain, Delay, Research and Mitigate’ strategy – which turned out to be based on the the EU’s disastrous five-stage document to fight Covid-19.

It reminded me of governments’ preference for management and process targets in place of specific actions, in this case accompanied by ‘Happy Birthday sung twice’ hand-washing advice which sounded like a word potion posing as science. Bearing little relation to reality, each stage rapidly succeded the previous one and did little to stem the rising number of cases or to reassure a panicking medical profession.

By comparison with Asian countries who’d taken the brunt of previous SARS and MERS outbreaks, the British approach went, in the name of science, from complacent and indecisive, to plain risky to panic stations shutdown, ordered first for old people, then schools, the economy and finally any remnant personal liberty, in that order. Though disproportionate and illogical, absent of any prior defensive or preventive measures including border control and the necessary tracking and testing evidence needed to inform projection modelling, or pre-emptive social distancing advice, ‘lockdown’ was also justified by reference to science.

It’s in the East, not the West, where the response has been rational and judgment-led. Taiwan began monitoring passengers from Wuhan, even before they had left their planes, set out its health protection measures from day one and as a result has suffered only one death to date. In Britain conovirus was still being managed by words. There was no meaningful or systematic  effort to stop the virus.

But apparently we had nothing to worry about. Professor Whitty told us in January when the first cases were identified that the NHS is ‘extremely well-prepared for managing infections’.  Even when the real extent of its ill-preparedness to deal with an epidemic was exposed in early March, and government strategy shifted from saving us to saving the NHS, the media and public remained strangely unquestioning of these inconsistencies.

By mid-March the Government and the NHS, both under pressure as cases rose, in an extraordinarily tin-eared public relations exercise decided to rebrand and justify their policy as ‘herd immunity’ or ‘take it on the chin’, however much Mr Johnson denied it. The old alone, it assumed, were at serious risk from the virus (and of bed and ventilator blocking) should shut themselves away defined by the awful Orwellian newspeak of self isolation. Younger members of society – statists and libertarians alike – were quick to concur that this was for their own good. The hashtag #boomerremovers appeared. Hysteria began to take hold.

Had other preventive measures with real legs – like refusing flights from infected countries, screening the rest, statutory controlled quarantine, testing and tracking of the virus – been put in place from January, Sherelle Jacobs might have a point. The ‘flattening the curve’ goal of the herd immunity strategy might have saved the NHS from being overwhelmed. In light, too, of recently published alternative ‘downgrading’ forecasting of the extent, duration and mortality rate of Covid-19, Mr Johnson would have been wise to hold on before cracking.

As it was the Government, having absolved itself of the work and organisation involved in effective defensive measures, set itself up for criticism. Flights from infected countries continued to land, wards were used where ICU beds were needed, too late in the day came the realisation that there were insufficient ventilators, and testing still did not reaching its initial targets and was still unavailable for front-line medical staff – all things that could have been got on top of in January. Aided and abetted by the BBC mouthpiece of government, and sensationalist media headlines like ‘Stay home alone to save your life’, Johnson succumbed to their demands to do more, and the public in their millions fell in behind his restrictions. Britain, once again awash with sentiment, sang a national anthem to the NHS last night.

The silence of leading commentators, perhaps afraid not to be seen ‘doing their duty to the state’, not to join in with this national sacrifice, has been uncanny, Peter Hitchens excluded. In Parliament it was left to David Davis to defend our liberty.

Yet it was never the binary choice between the perils of herd immunity versus the necessity of lockdown. Both are wishful, both redolent of the same cargo cult mentality, requiring progressive additions to make them be seen to work. Hearing the same Chris Whitty saying that with further lockdown we might yet save the NHS brought to mind Festinger’s theory of cognitive dissonance. What comes next when that doesn’t work? When the desired outcome fails to materialise, the policy can always be given ‘another chance’ by making its rules even more extreme. At The Conservative Woman we have argued for a sound sense policy from the start. In its absence we must all suffer because the NHS was unprepared and because the Government ignored the necessary defensive measures.

The willingness of sections of society to give up their freedoms for the sake of a supposed higher good is, Frank Furedi argues, is ‘underpinned by an unrealistic and immature fantasy of the possibility of a certain world’ and is ‘a symptom of a wider sense of estrangement from the culture of liberty and freedom’. This extends to the so-called Right as well as the Left.

One manifestation of this crisis of judgement, Furedi says, is the belief that political leadership can be guided by evidence and science. But ‘evidence’ alone does not provide a blueprint for action. Nor is science a substitute for the exercise of leadership.

It is on that score that Boris Johnson is to be criticised.

Screening incoming passengers, banning flights and introducing compulsory quarantine at our borders may all seem unpleasant but ‘when the necessity strikes and something else happens . . . reality hits’, as Douglas Murray rightly observes.

It has for Donald Trump, who first, albeit late in the day, closed his borders to incoming flights and now has pointed up the self-evident truth that the cure is worse than the disease and that everyone must get back to work by Easter.

Boris Johnson has yet to have his Damascene moment. But he must bring this madness to end.