NewsPaperthe art of publishing
Home News Got nearly half the answers wrong? Congratulations, that’ll be an A-grade
0

Got nearly half the answers wrong? Congratulations, that’ll be an A-grade 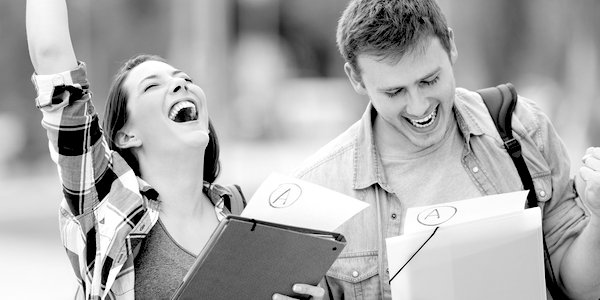 2018 is supposed to be the year of stress, anxiety and burnout for A-Level pupils. Exams are harder and both step-by-step coursework and midway A-S exams have been largely replaced by one-off exam papers at the end of two years. Having just about reached breaking point in terms of collective hysteria, students have been presented with their results.

Lo and behold, in terms of the top grades – As and A*s – they are the best for six years. In other words we appear to have witnessed an educational miracle. Tougher papers, what the government is fond of calling ‘world-class’ exams, have led to better grades than ever. What was all the fuss about?

Congratulations go, of course, to the candidates. They can only do the exam papers that are put in front of them. But, sadly, this latest success for our educational establishment may not be quite what it seems.

Are we really supposed to believe that more rigorous exams will produce better results? Theoretically possible, it is highly unlikely. This time round 26.4 per cent have achieved the top A/A* grades. The overall pass rate was 97.6 per cent.

What on earth is going on? The Daily Telegraph came up with the answer a few hours before the results were published:

Students can get almost half of the questions wrong and still get an A in some of the new ‘tougher’ A-Levels, leaked grade boundaries reveal.

The OCR board required candidates to score only 55 per cent to achieve grade A in biology. An A in physics came with just 64 per cent of the marks. All of this is very much line with what we saw in last summer’s so-called tougher GCSE exams in which 15 per cent was the boundary for a good pass in mathematics.

The time has surely come to do away with these nonsensical ‘grades’ and to replace them with raw percentages. Most people would see 55 per cent in A-Level biology as a ‘pass’ but hardly as an A grade.

I described this corruption of the public examination system in The Conservative Woman a few days ago. It does not require the foresight of Nostradamus to see what is going on. The lies and half-truths of the government’s qualifications watchdog, the Office of Qualifications and Examinations Regulation (Ofqual), have become habitual. All our kids are not ‘brilliant’ as its boss claims, and grade manipulation does not constitute an improvement in standards. If ever a government department was not fit for purpose it is this one.

Young people deserve better than to be defrauded by Lord Haw-Haw-style propaganda. Schools spend a lot of time urging children to be honest and trustworthy. It is time government got the message too. Pupils may find the truth about their examination performance to be stressful but I am sure that most would prefer the truth to the lie. ‘World class exams’ – you’ve got to be joking!

1. The misrepresentation of the facts extended, once again, to the relative performance of boys and girls. This time, though, it was more the fault of the BBC and other media outlets in failing to comprehend the data. ‘For the second year running, boys outperformed girls at the top grades,’ claimed the BBC. No! There were 81,000 more girls than boys sitting A-Levels. This offsets the slightly higher percentage of boys overall gaining the highest grades.

2. Once again, the best results were achieved in Northern Ireland, which still has grammar schools. In the province, 30.4 per cent of pupils attained the top A/A* grades as against 26.4 per cent in England, and 26.3 per cent in Wales. Scotland has a separate public examinations system.