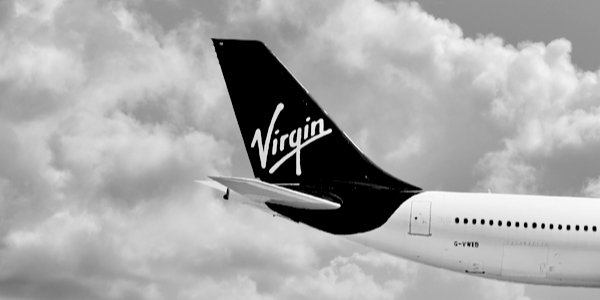 THE government is, apparently, wrestling with the decision on when and how to restart the economy by easing the lockdown. It seems to have been persuaded that the lockdown is still necessary despite having achieved its purpose of buying time for NHS capacity to increase, the implication being that it will continue with the lockdown until a vaccine is available in sufficient quantity (plus the time required to get everyone inoculated). This is the non-exit strategy advocated by Professor Neil Ferguson, dutifully relayed by the BBC as the the exit strategy the government is considering. But what they seem to have forgotten is that long before effective vaccines are available the economy will have died.

The airlines are in the papers again. They have all benefited from extended credit on their collective £1billion of air traffic fees. This in itself is symptomatic of the global problem – it’s a cash crunch for everyone. Previously profitable airlines have had no sales revenue for a month. Worse, they are also having to refund tickets from cancelled flights, so it is a double whammy.

Seemingly inevitably, Sir Richard Branson’s Virgin Atlantic is also seeking a £500million government (that’s taxpayer, remember) bailout. It’s very hard to see any justification for this. Virgin Atlantic is 49 per cent owned by the US airline Delta and 51 per cent by Branson’s family, who seem resident in the British Virgin Islands for tax purposes. If Virgin Atlantic can’t raise money in the markets and if its owners are not prepared to put up the money, why on earth would Joe Taxpayer want to invest? According to Forbes, when Branson woke up this morning he was worth US$3.9billion. He can afford to bail his airline out; he can even afford never to be repaid. I very much hope that our Chancellor gives him short shrift, although the Branson/Virgin PR machine is formidable, as its vociferous but failed campaign for a £100million bailout for the now bankrupt Flybe demonstrated.

The reality is that post Covid-19 it is eminently possible that there will be overcapacity in the aviation business, and airlines will fold. This will have knock-on effects on companies such as Airbus, Rolls-Royce and the airports. If that happens we will need to cross those bridges when we get to them. But as a taxpayer I have no interest in owning a struggling airline.

As regards the great bailout of UK firms, the Treasury’s largesse is, anecdotally at least, very slow. (In a cash crisis speed is everything). Distributing it via banks and a loan guarantee scheme makes theoretical sense, but it appears that the banks are seeking personal guarantees from directors. Why? What director in his right mind would give one (i.e. putting his house at risk of forced sale) in these circumstances? Why are the banks even asking?

So far international investors seem to think the UK is a sound investment – the most recent gilts auction was oversubscribed. That will last as long as they believe that we are avoiding economic meltdown. Which means that we need to ease the lockdown as soon as possible. The health risks of Covid-19 remain unclear (and, frustratingly, government reporting is keeping them so). The consequences of economic failure are clear, serious and potentially irreversible for a generation. The Libor rate has risen 0.5 per cent since mid-March, despite the wall of money thrown into the world markets by many governments.

There is a saying that when you are up to your backside in alligators it’s hard to remember that you’re there to drain the swamp. The Nightingale hospitals have got rid of the alligators – easing the lockdown to keep the economy afloat is the next step.