NewsPaperthe art of publishing
Home Culture Wars Gillette: A turning point in the war on men?
0

Gillette: A turning point in the war on men? 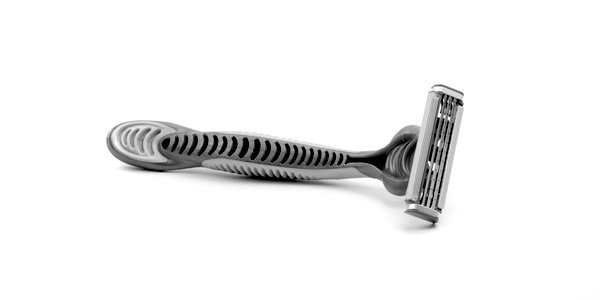 Across the political and cultural landscapes, women’s issues have tremendous momentum. Some feminists remain preoccupied with advancing their power in the workplace and public sphere, while others are pursuing attempts to reshape boys and men by calling out their allegedly ‘toxic’ behaviour. Those who disparage male behaviour claim the negative depictions they promote are not aimed at all men, just the ‘bad’ ones. However, others see it quite differently. They view these portrayals as attacks on the male sex generally, with all males being targeted, the vast majority of whom have done nothing wrong.

Whose perception is right? The answer matters. For while society has no problem correcting a few bad apples, it should scorn the indiscriminate vilification of half the population.

Jennifer Fink broached this when discussing an event at her son’s school. Male students were ‘herded into school-sponsored assemblies and asked to stand, raise their hands and pledge to never, ever hurt a woman’ while female students watched. Jennifer believed the event ‘unfairly and inaccurately implied that every male sitting in the audience is a potential perpetrator of violence’. Her 17-year-old son agreed, saying: ‘The overall idea was that we, as men, need to fight the violent, felonistic ways inside of us.’

The rhetoric about male behaviour became openly hostile when the Washington Post published an article headed ‘Why can’t we hate men?’ Was it only some men being questioned? Writer Suzanna Danuta Walters stated: ‘I’ve rankled at the “but we don’t hate men” protestations of generations of would-be feminists and found the “men are not the problem, this system is” obfuscation too precious by half.’

The Post then circulated more rancorous copy, with another article which coolly stated: ‘I hate all men and wish all men were dead.’

The gloves had come off.

The columnist Barbara Kay called it ‘a vile act of misandry’. Saturday Night Live would never smear another group like it does fathers, she wrote. It proved so controversial that SNL tried to erase it from the internet. Kay explained: ‘Dad Christmas holds all divorced moms up for admiration and mocks all divorced dads. In fact, since the point of the skit goes to innate character, one might say that the skit ridicules fathers in general.’

And that is the issue at stake here: prejudice permeating received thinking and, worse, medical thinking.

Last August, when the American Psychological Association published its first APA Guidelines for psychological practice with boys and men, nobody took much notice. But since the recent media outbreak and the public promotion of the idea that traditional masculinity is harmful, the APA decided to respond by clarifying (and underlining?) its position. It went viral.

No wonder. It stated: ‘When a man believes that he must be successful no matter who is harmed, or his masculinity is expressed by being sexually abusive, disrespectful, and harmful to others, that man is conforming to the negative aspects associated with traditional masculinity.’ These are not masculine traits, but traits of antisocial personality disorder.

It was in this already febrile atmosphere that Gillette released its Super Bowl ad, The Best Men Can Be.

Its soundtrack begins, ‘Bullying, the #MeToo movement against sexual harassment, masculinity. Is this the best a man can get?’ while showing men staring blankly. This portrays all men contemplating their culpability. It continues with an endless series of men chanting ‘boys will be boys’, excusing bad behaviour.

In City Journal, Kay Hymowitz perfected this systematic mis-portrayal of fathers, writing: ‘Adult men see several boys, presumably their sons, pummeling each other on the ground. Do they pull the boys apart and tell them to knock it off like actual fathers do? No, they shrug “boys will be boys”, a passé phrase that no one today, except in ads and articles warning about toxic masculinity, utters unironically.’

Will King, founder of King of Shaves, summarised the effect the specious logic risks: ‘Starting with the premise that “all men are bad” and ending with a call to action for “men to be better”, it risks annoying the vast majority of men in the world who are simply masculine, by virtue of being men, without the toxic part.’

For some, Gillette was the final straw. At the time of writing it’s already achieved the dubious accolade of becoming the tenth most disliked non-music video on YouTube. Furthermore it has generated a huge commentary denying the concept of toxic masculinity, ranging from topics like ‘How our anti-boy culture affects mothers‘ to the question: ‘Can we talk about toxic femininity?‘

Others responded with direct criticism of the social movements behind this characterisation of men. The American writer and blogger Matt Walsh wrote: ‘It’s not just that I learned nothing from MeToo, it’s that nobody learned anything from MeToo. Men who don’t harass and abuse women already knew that they shouldn’t (which is why they don’t). Men who do or did harass and abuse women also already knew that they shouldn’t. They did it anyway.’

Writing for the New York Post Karol Markowicz observed that ‘the response to the Gillette ad feels like a dam breaking. This might be the moment when men have finally had enough. Men are constantly barraged with criticism. “Men are the worst” has gotten old. The word masculinity is only preceded by the word “toxic” these days.’

If she’s right, and we’ve reached peak ‘toxic masculinity’, what should it be replaced with?

One answer comes from Ilan Srulovicz, whose positive video What is a Man? in response to Gillette went viral.

He described to Fox News his motivation for making this film, saying: ‘You can look at what Gillette did, which is take the minority, the worst men, and say “some men aren’t like this, but some is not enough”. To me, it’s not “some men”, it’s the overwhelming majority of men who are not like that.’

In another interview, he developed his thoughts: ‘Masculinity can be a beautiful thing, just like femininity. We need to start celebrating each other, not tearing each other down.’

I’ll sign up for that, and I am pretty sure that the majority of the population will as well.