For BLM protesters, a few inconvenient truths about Africa, race and slavery 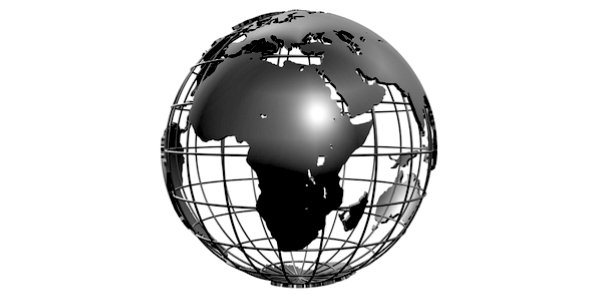 AT a time when Black Lives Matter and Left-wing ‘anti-racist’ activists are seeking to remove statues of Cecil Rhodes and other historical figures associated with what they deem to be the shameful colonial past of Western democracies such as Britain, there is a need to set the record straight and challenge the ignorance and double standards fuelling this movement.

Open-minded readers willing to study the controversial issues I raise in more detail should get hold of the books I mention. And to that list should be added Ghanaian economist George Ayittey’s seminal Africa Betrayed, an excoriating and copiously documented indictment of post-colonial African tyrannies.

As a classical liberal who is distrustful of government, I am the last person to take a rosy and uncritical view of Western colonialism. All too often it has been associated with the worst abuses of state power. But it is a disservice to historical truth to dismiss the entire colonial era as an unrelieved tale of imperial greed, racism and exploitation with no compensating achievements or benefits.

BLM supporters willing to consider a more balanced view of the Western colonial era and its impact on the Third World should study the writings of the late Professor Peter Thomas Bauer, one of the great development economists of the 20th century according to contemporary Asian scholars such as Deepak Lal, Parth Shah, and Razeen Sally.

They should also read the works of the African-American economist Thomas Sowell, particularly his books The Economics and Politics of Race and more recently, Conquests and Cultures: An International History.

If they do this, they will find that whilst both Bauer and Sowell are often extremely critical of the colonial authorities, they emphasise two basic historical facts: the material backwardness and barbarism of much of the pre-colonial Third World and the role of the Western colonial powers – especially the British – in establishing peace and order, and with it, the material and organisational infrastructure of modern economies and societies – roads, railways, ports, factories, schools, hospitals and universities.

Sub-Saharan Africa offers the clearest illustration of these truths. According to Sowell, the development of pre-colonial sub-Saharan Africa was gravely handicapped by the lack of navigable rivers and natural harbours, the ravages of the tsetse fly (whose parasites are fatal to draught animals) and numerous tropical diseases which debilitated and killed humans.

As a result, almost no pre-colonial African community south of the Sahara managed to harness animals to pull ploughs and wagons. ‘The pre-colonial technology of the region,’ writes Sowell,‘was incapable of using wind or water power for milling grain. Tribal warfare, military raids, slavery and serfdom were widespread throughout the area.’

Western colonialism brought progress. To quote Bauer, who spent many years living and working in Asia and Africa:‘The basic ingredients of modern social and economic life, including public security and health, wheeled transport, modern forms of money and scientific agriculture, were brought to sub-Saharan Africa by Westerners in the 19th and early 20th centuries.

‘They were introduced by the colonial administrations, or by foreign private organisations or persons, under the comparative security of colonial rule and usually in the face of formidable obstacles.

‘The coercion and the hardships, though far from negligible, seem slight when we think of both pre-colonialand post-colonial Africa . . .  the number of Africans who lived longer, more securely, in materially better conditions and in peaceful contact with their fellow men was much greater, probably by several orders of magnitude, than the numbers who were harmed.’

Sowell reaches a similar conclusion to Bauer. Whilst acknowledging that not all parts of the colonised world were primitive, and that the coming of Western civilisation did not always represent progress in all aspects of life, he concludes that, by and large, European colonialism brought to the Third World what Roman imperialism had brought to Britain:

1. A reduction or cessation of internal fighting that had plagued these regions for centuries, holding back economic and social progress;

2. A unified system of law as a framework for stable expectations and the security and individual planning that law makes possible;

3. Features of a more advanced system of technology and organisation;

4. Contact with a wider world, enabling creative potential to emerge from the restrictions of insularity.

The current politically correct demand for Western reparations is not only based on a distorted and one-sided evaluation of Western colonialism. It is also morally compromised by double standards, as well as being backward-looking and unfair to contemporary Western taxpayers.

It involves double standards because it overlooks the fact that nearly all ethnic groups, tribes and nations have engaged, at one time or another, in wars of conquest, land seizures, slavery and genocide.

If Western taxpayers are expected to pay for the sins of previous generations of Western colonialists, for which they were not responsible, should modern-day Zulus and Apaches pick up the bill for the tribal wars and massacres perpetrated by their ancestors in southern Africa and North America?

Should the present-day inhabitants of Mongolia and the Arabian Peninsula offer financial compensation for the wars of conquest waged by Genghis Kahn and Arab-Islamic rulers in Asia and the Mediterranean?

Anti-Western double standards about the past are particularly absurd when it comes to the subject of slavery.

As Asian-American scholar Dinesh D’Souza points out in his massively documented 700-page critique of politically correct multiculturalism, The End of Racism, ‘slavery was widespread in Africa from antiquity’ and also existed among the native Indian tribes of North America, many of whom also owned black slaves.

‘The three powerful medieval kingdoms of Ghana, Songhai and Mali all relied on slave labour. Nor were these slaves exclusively black Africans . . . the Ashanti of West Africa customarily enslaved all foreigners.’

African complicity in the slave trade, states D’Souza,was ‘epitomised in the proposition advanced to Europeans by an African chief in the early 19th century: “We want three things: powder, ball and brandy; and we have three things to sell: men, women and children”.’

Perhaps the most poignant comment on African participation in the slave trade are these words of Zora Neale Hurston, the great American black feminist writer of the Harlem Renaissance in the early 20th century: ‘The white people held my people in slavery here in America. They had bought us, it is true, and exploited us.

‘But the inescapable fact that stuck in my craw was: My people had sold me . . . my own people had exterminated whole nations and torn families apart for a profit before the strangers got their chance at acut.’

By contrast, what is important to note about the West is that principled opposition to the historically universal institution of slavery primarily emerged from within Western culture.

Starting with the Quakers and the Methodists, and continuing with the great anti-slavery campaign of William Wilberforce and his evangelical friends, a vast humanitarian movement came into existence in the 18th and 19th centuries, which not only stamped out slavery in most places, but established the foundations of that very concern for human rights and national self-determination to which everyone pays at least lip service today.

To quote Thomas Sowell’s tribute to what he describes as Britain’s leading role in the destruction of the international slave trade, and then of slavery itself: ‘The magnitude of this achievement is hard to appreciate without first recognising that slavery was a worldwide institution, entrenched on every inhabited continent, subjugating people of every colour, language, and religion, and going back thousands of years.’

And before we leave the subject of the slave trade, it should be noted that it was particularly destructive in East and Central Africa. There, its cruelties and massacres, mainly the work of Arab slavers and their Muslim African allies – and exposed to international opinion by Dr David Livingstone and other eyewitnesses – depopulated whole regions of the Congo.

It is estimated, according to Dinesh D’Souza, that between the 7th and 19th centuries, Arab traders transported about 14million black slaves across the Sahara and the Red Sea, to supply the slave markets of the Muslim world.

Nor were black Africans the only victims of the Arab and Islamic slave trade. As Thomas Sowell points out in The Real History of Slavery, the third chapter of his book, Black Rednecks and White Liberals: ‘At least a million Europeans were enslaved by North African pirates alone from 1500 to 1800. And some European slaves were still being sold on the auction block in Egypt years after the Emancipation Proclamation (1863) freed blacks in the United States.’

Sowell further underlines the involvement of non-white societies in the slave trade by emphasising that: ‘Slavery was also common in India, where it has been estimated that there were more slaves than in the entire Western hemisphere.’

Exaggerating the evils of colonialism also evades the glaringly obvious fact that so much of what has gone wrong in the Third World since the 1960s has been due not to Western exploitation, but to the aggrandisement and abuse of state power by corrupt and frequently incompetent post-colonial ruling elites. This has been true of countries such as Algeria, Burma, and others in Asia and the Middle East. Above all, it has been true of Africa.

To quote George Ayittey:‘One word, power, explains why Africa is in the grip of a never-ending cycle of wanton chaos, horrific carnage, senseless civil wars and collapsing economies; the struggle for power, its monopolisation by one individual or group, and the subsequent refusal to relinquish or share it.’

That is why, as Ayittey, points out, more than 13million Africans have been killed by their own leaders since 1960.That is why, of the 180 African heads of state who held power between 1960 and 1998, only 20 relinquished it or retired voluntarily. That, too, is why the African Union itself estimated in 2007, that Africa loses $148billion (£114billion) a year – a quarter of its entire GDP– to corruption.

Some years ago, the distinguished Guinean novelist Camara Laye lamented that all too many African leaders ‘do not serve Africa. They make Africa serve themselves. They are far from being builders, organisers, city administrators, but are rather jailers who deal with the men, women and children of our people as if they were cattle’.

As you ponder these words and reflect on the way dictators such as Robert Mugabe and his successors have used and continue to use anti-colonialist rhetoric as an excuse for their crimes against their own people, ask yourselves whether giving credence to the demand for Western reparations would really help the poor and the oppressed of the Third World.