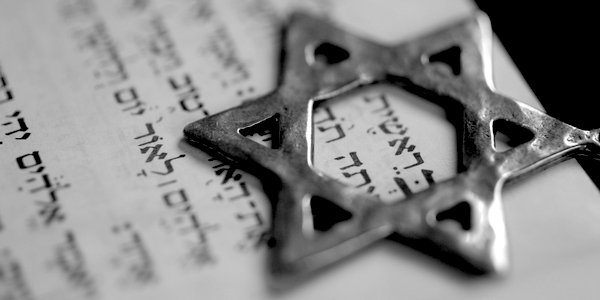 ALMOST three years ago I wrote that the election of Jeremy Corbyn as Labour leader signalled the transformation of the party into an anti-Semitic political movement. No Jew, or indeed anyone wanting to keep the UK free and democratic, should ever vote for Labour. I issue the same warning today about the Democratic Party in the US. The behaviour of some of their members recently elected to Congress show that the Democrats, like Labour, are being lost to Islamists, anti-Semites and socialists. And just like Labour, in their hubris and wilful blindness to real racism, the Democrats have let their party be taken over by those who would destroy the US. Anti-Semitism is the canary in the coalmine, a prescient warning that there is an entrenched sickness in society.

For the past three weeks the US government has been in partial shutdown. Although the attention is on the stand-off around the Mexican border wall, other less publicised antics in Congress reveal the extent to which the Democrats have embraced anti-Semitism.

Concerned Republicans have promoted a Bill to restrict organisations which support the Boycott, Disinvest, Sanctions (BDS) movement against Israel. BDS, built on blood libels, is designed to destabilise, isolate and ultimately destroy Israel. The Democrats are trying to prevent a debate on this Bill. Their excuse is that they want to ‘reopen’ government. But the reality is that a debate on this Bill will confirm to voters that the Democrats have turned into a party of Islamists and socialists, made obvious by the recent election to Congress of those who advocate these ideologies.

When politicians of this dire calibre are elected it’s time to worry about the erosion of freedom and the possible implementation of tyranny. New Representative Ilhan Omar of Minnesota made the grandiose claims that she is the first refugee elected to Congress, and Representative Rashida Tlaib of Michigan the first Palestinian American. These are lies. Democrat Tom Lantos was a Hungarian Holocaust survivor elected as member of Congress in 1981. Republican Justin Amash is a Christian of Palestinian descent and has been in Congress since 2010.

Seen from the Islamist perspective, Christians and Jews are inferior and insignificant. And so are the facts which stand in the way of their victimhood hyperbole. Make no mistake – these two women are Islamists. Their constant rhetoric against Israel and the West marks them as such. The Islamist and socialist calling card is always anti-Semitism and their propaganda on Israel is a gateway narrative, a means to garner voters brought up on diet of divisive identity politics and hatred of the Jewish state.

Their electoral success is being lauded as a positive for minority groups. Instead it is a victory for intolerance. If a person’s race or religion is championed as the most important aspect of their suitability for political office any destructive ideologies they hold are often ignored or brushed aside.

Before her election Omar said in a synagogue that she opposed BDS. But this was another lie. After she had won her seat in Congress, Omar’s staff confirmed her support for BDS.

This switch shouldn’t surprise her now appalled Jewish supporters. They have only themselves to blame for ignoring Omar’s blatant anti-Semitism and Islamist values. Last year Omar defended tweeting in 2012 that Israel was ‘evil’ by doubling down on the blood libel that the Jewish state is an ‘apartheid regime’. Her tropes against the Jewish state are the epitome of neo-Nazi and Islamist propaganda. Omar’s other priority is overturning a 181-year ban on headwear in Congress. She touts her hijab as a sign of freedom while Iranian women are being imprisoned, or even worse, for wanting to remove theirs in the streets of Tehran.

Tlaib also lied in a bid for Jewish votes. Before winning her primary she promised support for a two-state solution. Afterwards she endorsed a one-state solution for Israel – code word for its destruction. Even those who don’t care about BDS should be outraged by their lies, and the cowardly silence of the Democrats who should have condemned such poor behaviour.

The fuss made about Tlaib’s foul language at a party celebrating her swearing-in ceremony is a distraction from her detrimental Islamist politics. She certainly degraded herself but more concerning is her divisive nastiness towards American Jews and her political ethos.

Emboldened by her fellow anti-Semites in Congress, Tlaib made the absurd claim that Jews are showing dual loyalty by supporting the anti-BDS Bill. Given that the aim of BDS is to destroy the one country where Jews are completely safe and free, it’s disingenuous of Tlaib to tout her opposition to the Bill as a symbol of freedom and equality.

A member of Democratic Socialists of America, Tlaib epitomises the marriage between socialism and Islamism. Both are totalitarian ideologies and are equally damaging to society. Democratic socialism is the kind face of socialism but the aims are exactly the same. To assign the workings of the economy, the means of production and distribution of wealth to a bunch of faceless politburo bureaucrats would be a disaster for the US and for the West. Democracy promotes freedom, socialism offers only tyranny.

Representative Alexandria Ocasio-Cortez of New York, although not an Islamist, is just as damaging to the US. Her defective socialist ideas were laid bare in a babble of confusion during an interview with 60 Minutes on Sunday night. Her preposterous claim that morality is more important than facts is a dire starting point for someone who will be responsible for creating policies affecting millions. Ocasio-Cortez’s magical thinking extends to a 70 per cent tax on the wealthy as a way to fund her green agenda.

These women are dangerous politicians, not the saviours of America they and their supporters make them out to be. Should any of their gimmicky politics ever come to fruition, the US will be transformed from a democratic and capitalist free society into a socialist regime, dominated by Islamism and with beautiful landscapes scarred by bird-killing wind turbines. The poor and dispossessed will suffer yet again from the grandiose virtue signalling of the elite.

The regressive ideologies infecting the Democrats have far bigger consequences than just anti-Semitism. Should the Democratic party capitulate further to Islamists and socialists, and it looks likely that it will, freedom and democracy in the West will be in peril. As with Labour, the only way to defeat them is not to vote for them.