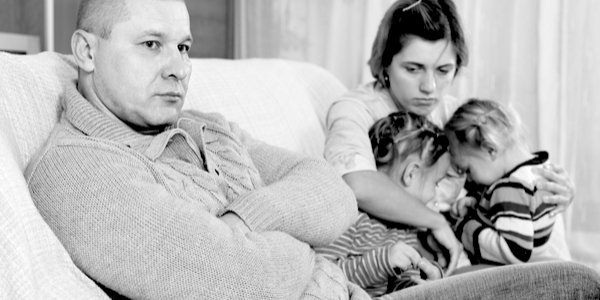 Two articles in the National Review caught my eye recently. The first, by Mona Charen, sets out the price women (and society) have paid for feminism. Despite feminism’s reported achievements, women are not just less happy than men but less happy than their mothers and grandmothers were at the same stage of life. She provides the proof.

The reason lies not with the feminine mystique but with the feminist myth. Feminism need not have rejected marriage and family stability to achieve greater market opportunities for women. Indeed these were happening anyway:

‘The trend of women entering the paid work force predated Betty Friedan’s The Feminine Mystique (1963), and arguably owed more to the shift toward an information economy than to the Sisterhood. Between 1940 and 1956, the number of women in the work force doubled from 15 to 30 per cent, and rose steadily thereafter. As sociologist Daniel Bell noted in 1956, women were to be found in nearly every field, from railroad trainmen, to baggage handlers, to glaziers, to auctioneers.’

But feminists jettisoned reason in favour of anger and ideology. Disastrously the myth they engendered of oppression, patriarchy and discrimination encouraged women to blame and turn their backs on marriage and motherhood, both deemed to be a block to women’s fulfilment, not an innate fulfilment to be valued.

But the collapse of marriage and the birthrate that followed has led not to great contentment, rather to greater unhappiness.

Perhaps, Charen writes, it is ‘due to feminism, or unquestioning attachment to the sexual revolution, or the deep-seated American reverence for freedom, [that] we are reluctant to confront the price of neglecting duty and commitment’.

By that she means the inherent life satisfaction these give and the relationships and bond of family love and interdependence they secure.

All this was still in my head when, a week later, I read Heather Wilhelm’s article ‘Government is a poor substitute for the family‘.

Oh yes indeed, I thought, looking at our broken society.

Wilhelm’s focus point, research from Pew released in March, brings us up to date. It features the quite stunning decline in marriage rates among the millennial generation, which Pew defines as those aged 22 to 37. It found that about six in ten millennials (57 per cent) have never been married, making them more than three times as likely to have never married as their grandparents. Around two-thirds of unmarried millennials eventually want to get married, they tell pollsters, but 29 per cent say they are not ‘financially prepared’ and 26 per cent say they are ‘too young and not ready to settle down’. As Wilhelm says: ‘That latter 26 per cent, in other words, are still regularly getting carded at the grocery store, oblivious to the churning and pitiless wheel of time. Ahem.’

Fertility rates are dropping and, as society becomes both more atomised, individualistic and, dare I say it, selfish and childish, no one is alerting them to their sad and isolated futures.

‘It’s worth wondering,’ Wilhelm asks, ‘whether these trends also happen to heighten the appeal of a completely different kind of “togetherness” – albeit a forced togetherness – found in the form of socialism.’

Without doubt, but unlike her I don’t believe that can ever be benign. Nor they will ever be the basis of a fruitful (in every respect) or happy society.

All the evidence, as Laura argued in a recent post, points in quite the other direction – to the broken families and state-dependent misery that the Left could not care less about.