Farron the secret conservative and a classic own goal 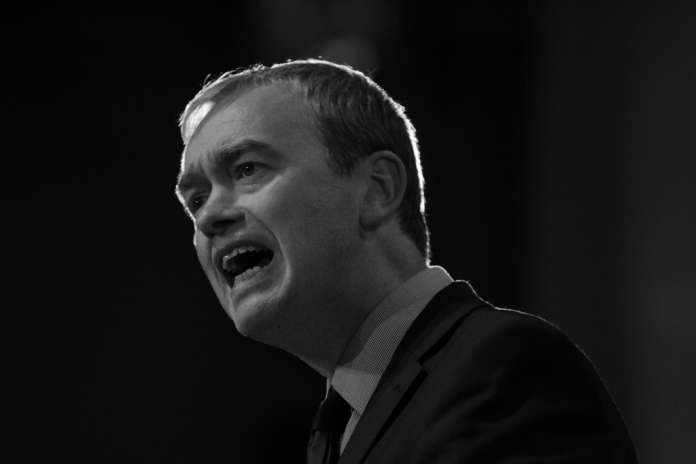 Gay sex and Tim Farron are back in the news again to entertain us all. It feels a bit like watching a farce – you know, the kind where you want to hide behind the sofa as the excruciating plot unfolds and the hapless lead digs himself deeper and deeper into a hole from which his dignity has no hope of escaping intact. Oh no, what will he say this time? You don’t want to watch, but you can’t take your eyes off it – you have to know how it ends.

Tim Farron does seem to be his own worst enemy. By all accounts an irrepressibly Nice Guy, he is an adherent of a very marginal political position these days – highly socially conservative personal beliefs alongside highly socially liberal policy commitments. To most people this seems plainly incoherent, but to him and others like him (a small group found mainly in the Lib Dems) it makes perfect sense – to them, liberals are people united not by personal beliefs on things such as religion and morality, but by a commitment to defending one another’s freedom to live according to their own personal beliefs and morals (including conservative ones).

In an age where to be less than fully signed up, heart and soul, to the ultra-PC, multicultural, feminist, pansexualist agenda is practically a hangable offence, and certainly a sackable offence, this kind of position is incomprehensible and reeks of hypocrisy and bad faith. You might have thought that the PC ‘progressives’ would be pleased to have allies amongst social conservatives and evangelical Christians, but that would be to underestimate the imperative they feel to ensure conformity of belief in their progressive creed and not merely support for its public expressions. They don’t just want your vote, they want your heart. If you thought Britain abolished its Test Acts in the 19th century, think again.

Farron had obviously decided that the way he was going to deal with questions about his unfashionable personal beliefs was to refuse to answer them directly and claim it didn’t matter because he always voted as a good liberal should. This might have seemed like a good strategy when it was cooked up over skinny soya lattes in Lib Dem HQ, but with an illiberal PC mob out for the blood of anyone suspected of harbouring socially conservative views on anything, it turned out to be disastrous. The witch-hunters could not be appeased with what looked very much like evasion and would not let up till their quarry had made his confession. Which way would he go? In the end he gave the ‘correct’ answer – but was so traumatised by having to traduce his own conscience that he resigned as party leader immediately following the election, and has now gone on public record as saying he regrets giving an answer so clearly contrary to his actual beliefs (for the sake of his party, we can presume).

Surely it would have been much better to have been upfront in the first place. It’s always hard to deal in hypotheticals, of course, but you have to say it is difficult to see how it could have been worse. At least if he’d been honest straight away and explained why his personal beliefs didn’t affect his policy commitments, he’d have looked like a man of honesty and principle, albeit principles which most people these days find difficult to comprehend. As it is, he just looked embarrassed and evasive – never attractive traits in a leader.

What is surely most objectionable in all this, however, is not Farron’s excruciating equivocation, but his insistence that social conservatism is merely a matter of personal opinion – how some people choose to live, not something which should be given serious credence at the table of public policy-making. Farron has been consistent in defending people’s right to hold socially conservative views and express them in their personal lives, but has also been consistent in failing to defend the right of social conservatives to influence public policy with their social philosophy. To be fair to Tim, this is a very common attitude amongst social liberals, who have been airily dismissive of social conservatives as advocating merely private morality since at least the 1950s (starting with the Wolfenden report). Common or not, though, it is grossly unfair, and as a man who believes in God and the moral law Farron should really know better. Social conservatives, when they engage in public debate, are never merely stating their own personal preferences on a matter – otherwise they would keep their views to themselves. They are always setting out public considerations for public policy based on their best understanding of what is good for society and what is right.

Thus when social conservatives point out that abortion involves the destruction of unquestionably human life and thus is morally dubious, to say the least, they are not merely voicing a personal opinion about how they would choose to conduct themselves, but presenting facts and moral conclusions with consequences for public policy. Likewise, when they point to the obvious design of human beings as male and female with biological and psychological differences which need to be respected and acknowledged, they are not just saying how they personally feel about distinguishing between men and women; they are setting out the basis of a public approach to issues involving sex and gender. Again, when they are explaining the advantages of marriage, commitment, sexual restraint and chastity for society and family life, backed up by copious and unambiguous research, they are advancing a view about what is best for families and for society as a whole to form the basis of a public policy agenda.

So then, Farron has now been lynched by the very mob he and his party have helped to arm. It’s tempting to feel sorry for him. But call me a draconian moralist, I still think some temptations ought to be resisted.