NewsPaperthe art of publishing
Home lefty_lunacy Far Right – how the Left tars all its enemies with the...
0 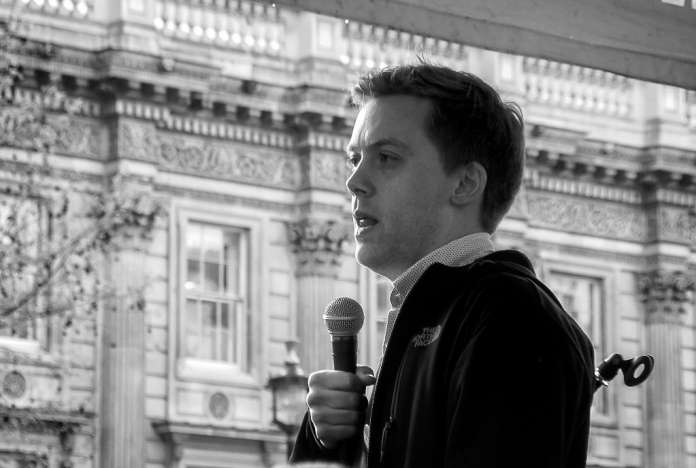 MANY decades ago, the philosopher Ludwig Wittgenstein said that ‘the limits of my language are the limits of my world’. That is becoming ever more true in our brave new political world of regressive progressivism in which our language, especially in political discourse, restrains us to such an extent that it loses its essence, adopting whole new meanings which always seem to align perfectly with the latest leftist trope.

Take, for example, the term appropriation, which used to be a legal term referring to the assignment of funds for special purposes, but now seems to mean white people daring to cook a curry.

Perhaps the most prevalent and damaging example of language manipulation by the left for its own political ends is its insistent misuse of the term far-right. As a society, have we become so supine and lazy in our use of language that we don’t insist on different terms to describe and distinguish between the right-leaning media and acts of deranged public violence?

What a testament to the shallowness of the modern age it is that we let writers such as Owen Jones, who accuses Sky News of acting as a recruiting agent for the far right, and Polly Toynbee, who accuses Brexit supporters of unleashing racism and xenophobia, lump both together in their ‘far-right’ accusations.

Do they truly believe that an eye-catching headline on the front page of the Sun makes political violence more likely? Do they suppose that working-class white men are so suggestible that they cheerily abandon their ambitions and loved ones to dedicate themselves to some ill-defined cause through mindless violence because of a headline about immigration?

I look forward to the new political thriller How the Spectator killed Jo Cox, a gripping tale of a Rod Liddle joke gone wrong.

The problem here is Wittgensteinian, i.e. one of logic – or false logic and category confusion which political groups use to manipulate language in such a way that its meaning is warped completely.

It is contagious too. Clearly, it is nonsensical that many serious political commentators, including those on the BBC, without irony use this one single term – far-right – to describe tabloid headines, something 17.4million people voted for and isolated acts of terrorism, such as the murder of Jo Cox. But this is no accident: drawing these parallels serves the political agendas of the more aptly termed far left extremely well.

False equivalencies can be of great convenience to the promotion of one’s own prejudice. Would it not be wonderful if it were suddenly revealed that James O’Brien is solely responsible for world hunger? It would evoke great joy for those on whom his relentless arrogance grates to tweet gleefully about how he has single-handedly caused millions to starve. As much as we might want it to, we must grudgingly admit that James O’Brien has not plunged anyone into abject poverty. The leftists, though, have no such qualms. They allege, straight-faced, that newspapers expressing support for Brexit and lunatics attacking people in the street are intrinsically linked – and people believe them. Once established, once enough sternly-written Guardian articles lamenting the havoc wreaked by the ‘far-right media’ have been published, it is an association in people’s minds that is very difficult to undo.

Until we examine what the term far-right actually means, its usage remains arbitrary and subjective (while apparently objective).

If centre-right refers to the ‘moderate’ conservatism of the kind espoused by David Cameron, and Jacob Rees-Mogg and Quentin Letts are clearly to the right of Dave, does that make them far-right? Hardly. And certainly not when other supposedly right-wing phenomena, such as neo-Nazism and racist violence, also get called far-right despite the socialist origins of national socialism and white supremacy movements

This is the foul aspersion that the left so ruthlesslessly exploit by using far right as a blanket term. Since the Daily Express and white supremacism are both far-right, the Daily Express must be white supremacist, no? It’s a bit like saying that Danny Dyer and the Queen are both British, so their cultural identities and mannerisms must be the same.

So what’s the solution? It should be to abandon the arbitrary far-right­ label altogether because its meaning has been so traduced, and start simply describing things as they are – newspapers as news and opinion writing when it is, propaganda as propaganda when it is and violence as violence when it is. Then the free market of ideas could begin to flourish once again. But I am not holding my breath.