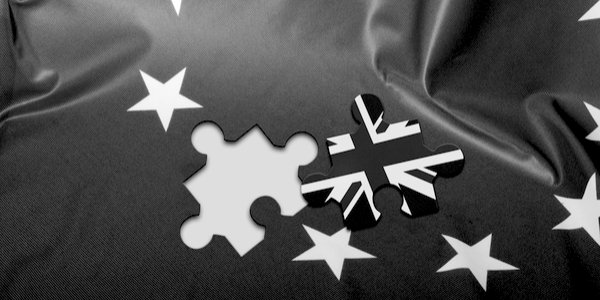 I AM beginning to suspect that many of our MPs are a bit slow. Why would the EU want to negotiate? The pantomime in our Parliament suits them perfectly. One has to hand it to the Germans – for short-term tactical gain it’s brilliant. They have, moreover, passed the buck to the French before it all goes wrong: Monsieur Barnier gives the Remain Tory and Labour MPs their instructions and, even better, does this from Brussels.

The EU budget gobbles a billion pounds each month from the pick-pocketed British taxpayers. All the bribes needed to prop up the continental house of cards are paid and as usual with our money. Merkel escapes a crisis at home because she can delay asking the equally cheated German taxpayers to fill the gap after we leave.

Seen from this angle the EU is about as honest as Ancient Rome, although it reminds me more and more of the Third Reich where corruption and wheeler-dealing were rife. The Fuhrer believed in highly competitive creative tension, often allowing his commanders to fight each other as much as their enemies. Study the approach of the Allies to command before D-Day and during the Battle of Normandy and compare it with the Germans. If one were going to pick a moment as a warning for the Germans in Berlin today I would say we’re roughly at Mortain when Hitler, having held back Panzer Group West for weeks in case the main invasion came across the Pas de Calais, insisted on launching a strike westward to drive the invaders back into the sea.

The Germans drove westward with the aim of cutting off Patton’s newly landed Third Army from its supplies, still coming ashore over the sands at Utah Beach north-east of Carentan. Far to the east and about fifteen miles south of Caen, the Canadians and Poles attacked the northern neck of the the swiftly expanding German salient pocket, from the north-west, near the town of Falaise. Unknown to the Germans, the lead tanks of the Americans had already swung east in a giant left hook. Within a few days they started to close the southern neck of the pocket from the south-east near Argentan, though they kept advancing further eastward towards the Seine. Hitler refused to let Field Marshal von Kluge withdraw the Seventh Army. The pocket was closed when the Canadians and Poles linked with the Americans. RAF fighters turned the pocket into a shooting gallery. One of our German friends was there as an 18-year-old soldier and has described to me what it was like. A nightmare. Herbert was lucky. He was captured by a Scottish unit and survived. Normandy became the third great disaster suffered by the German Army (the other two were Stalingrad and Tunis) when a hundred generals with a quarter of million men and all their equipment were lost. A week later British tanks rolled into Brussels.

What has this to do with Angela Merkel in autumn 2019?

I meet and deal with Germans every day including their diplomats. They’re very cocky, already think they’ve won, that they can advance further and further, sweep aside all resistance in Britain, force us to stay in the EU whether we like it or not. They are the economic sun, we’re just a big planet. Sooner rather than later we’ll see sense, that escape is impossible – real gravity economics is highly political and has nothing to do with free trade.

What they’re actually doing is showing the ordinary British voters that if we think our version of representative democracy needs a bomb under it and radical replacement, the version in Europe is for the bin. Our judges of the Supreme Court have revealed themselves as the kind of well-meaning old folk who take for ever to get through the check-out at Waitrose: lovely people, harmless really, but without a grain of common sense and thus easily used by the unscrupulous.

Falaise Gap will close when the British voters react. Sales of anything German will sink like a stone. Lidl and Aldi may sell up. BMW may try to close down, and Boris should get ready to take over their car plants. He could hand them to some of our bright engineering students: Cambridge University has plenty of young people who could transform our car industry. For the first time since 1973 they will be able to develop their ideas free from German regulation or hobbling – ask Sir James Dyson how they tweak the rules in their own favour and have done since the single market was created.

The most urgent reason for leaving the EU is a looming disaster, the implosion of the euro. When it crashes all member states are liable for a bill. Ours will be about 200billion euros. With luck euros will be worth a penny each but let’s not rely on luck. Let’s go – now!

Boris needs to stand back and stop spouting things he has no intention of doing. Of course, he can ignore the Supreme Court and the Benn Act. They are politically motivated on behalf of a foreign power. The Supreme Court order was against the Bill of Rights of 1689, part of the foundation of our democratic monarchy. Do these people want to start a civil war? One can be forgiven for thinking so. But then none of them know what life is like at the sharp end.

Boris should apply for an extension – one hour.

Landlords, apply for a pub extension for starting our leaving party at midnight GMT on October 31.