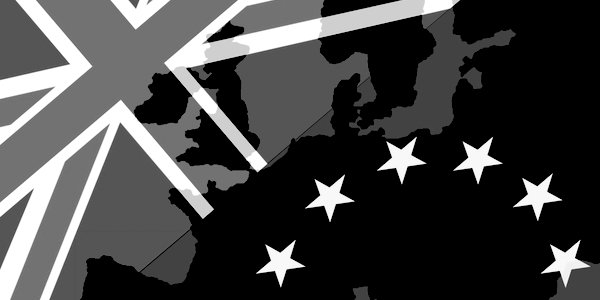 ARGUABLY the most unusual sight in all of the party conferences thus far was that of Emily Thornberry, who transformed herself into a walking EU flag. It is possible that only her aides prevented this exuberant socialist from going the whole hog and having the flag painted on her face. What is interesting is that her stance of campaigning for Remain in any future referendum is at odds with her party’s leader, who happens to be MP for a neighbouring constituency. It is unusual for opposition front-benchers to abandon collective responsibility like this, especially since they hail from the party of collectivism.

Corbyn’s alleged neutrality in a second referendum stems from his ideological stance. He is a Marxist and thus opposed to the UK’s membership of the EU, but his political situation means that he cannot be open about this. But then Corbyn is just behaving like Corbyn. While he supported Irish republicanism, he did not flat out say he wanted an IRA victory. While he opposed NATO, he did not explicitly state he wanted the USSR to win the Cold War. It is obvious he wants to abolish the monarchy, but his only public indication of this was to refuse to sing the National Anthem on his first public engagement as Leader of the Opposition. When he was pushed on this issue, he stated only that it was not currently on his agenda. Thus he always appears to be one rhetorical step removed from his ideological objectives.

The visual expression of Thornberry’s partisanship is actually a rational political calculation by her, since she runs the risk of losing her seat at the next General Election.

While she comfortably held her seat in the last two General Elections, she had a bit of a scare back in 2005. The Liberal Democrat came within 500 votes of toppling her. The dominant issue in Islington was probably disapproval of the occupation of Iraq. Thornberry was new to the seat, which had been vacated by Chris Smith. Her position did not much improve in 2010, when the majority widened to little more than 3,000 votes. After this, support for the Liberal Democrats in Islington South collapsed, as voters punished the party for going into coalition with the Conservatives and ratting on their quasi-sacred vow not to raise tuition fees. In the 2017 General Election, the party was led by Tim Farron, whose personal socially conservative attitudes were at odds with the sensibilities of Islington voters who were also still sore at the coalition. However, two party leaders later, the Liberal Democrats now have a new single issue to replace opposition to terminating the despotic rule of an Arab Nazi and making students pay for their self-advancement, namely the revocation of Article 50. Thornberry appears to be running scared, hence her absurd attire. She all but literally wrapped herself in a flag, not any British one, but a foreign entity with pretensions of nationhood. The only saving grace might be that the flag was neither of those favoured by Corbyn, either Russian or Palestinian, apparently depending on the time of day.

The Labour Party has walked itself into a quagmire over Brexit. But this is consistent. The leadership of the Conservative Party had for 55 years, from July 1961 to June 2016, a consistent policy about Britain’s membership of the EEC/EC/EU. During that time Labour flip-flopped between varying levels of affinity to hostile opposition, settling down to slavish devotion only as Soviet communism was collapsing in Europe, and the party needed yet another foreign bloc to worship. Labour’s problem is that its ideology intrudes on any pragmatic response to events, and on this issue its ideology is split. So out of the chaos, the party’s leadership has formulated multiple policies to suit all tastes. While multiple flavours are an asset to an ice-cream maker, they are absurd in a political party.

Perhaps the only consolation to come out of Thornberry’s anthropomorphism of a political symbol is that she did not resort to body paint. We have been punished far too much by dithering over Brexit, but that would be a punishment too far. I hope I have not given her ideas.