Emotion, not empathy, rules the world of woke 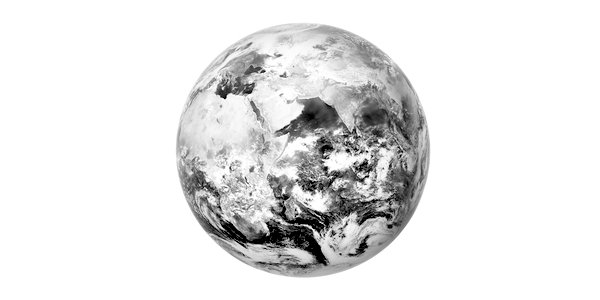 IN an article titled ‘Human History is an Ever Expanding Circle of Empathy’ published in the National Review, Marian Tupy writes: ‘The world has become freer, more just, more compassionate, gentler, and more equal.’

As an example of how empathy drives human affairs, Tupy refers to ‘the universal condemnation of the killing of George Floyd’ and by implication the Black Lives Matter movement where thousands around the world have given vent to their feelings of condemnation and solidarity.

Ignored is that virtue signalling and concocted moral outrage should never be confused with empathy and the ability to set aside one’s beliefs and feelings in order to appreciate and understand the experience and suffering of others.

As so aptly put by Atticus Finch in Harper Lee’s To Kill a Mockingbird, ‘You never really understand a person until you consider things from his point of view . . . Until you climb inside of his skin and walk around in it.’

We live in a society where individuals, instead of acting with a sense of personal and social responsibility, succumb to ideologically driven groupthink and the dictates of the mob. The urge to conform overwhelms the ability to think rationally and to act independently.

‘Taking the knee’, chanting slogans and defacing and destroying statues and monuments might give individuals a sense of moral righteousness and of being empathetic, but such actions are empty and destructive gestures that do nothing to benefit or improve the lives of those deserving support.

As to why so many act with misplaced emotion and lack of insight, look no further than the West’s education system where neo-Marxist critical theory dominates and a liberal view of education has long since been abandoned.

Instead of Cardinal Newman’s view of education, committed to ‘freedom, equitableness, calmness, moderation, and wisdom’, universities are riven with cultural-Left ideology involving a rainbow alliance of radical postmodern, deconstructionist and neo-Marxist, post-colonial, feminist and gender theories.

Identity politics defines disadvantaged groups and individuals as perpetual victims of capitalist oppression and structural sexism and structural racism. Instead of individual agency and responsibility, the argument is that the collective must take charge and that any who disagree are guilty of prejudice, unconscious bias and must be re-educated.

The way literature has been destroyed provides an example. Instead of literary works being valued for their moral and aesthetic character and the ability to foster empathy, students are told to critique and deconstruct texts in terms of critical theory and power relationships.

As argued by Terry Eagleton in his seminal book Literary Theory: An Introduction, ‘departments of literature in higher education . . . are part of the ideological apparatus of the modern capitalist state’ and as a result ‘there is no document of culture which is not also a record of barbarism’.

The plays of Shakespeare, Chekhov, Ibsen; the poetry of Blake, Milton, Yeats and T S Eliot, the novels of Dickens, Austen, Dostoyevsky and Patrick White have no inherent meaning or value as they are simply social constructs employed to reinforce the power of the ruling capitalist class.

Not only is the author dead, as a result of postmodern theory, but students are also told how each individual interprets a literary text is subjective and relative and they have the power to decide what constitutes authorial intention.

Long gone are the days when literature and art in general fostered what the romantic poets called sympathetic imagination. As argued by Percy Bysshe Shelley in A Defence of Poetry: ‘The great instrument of moral good is the imagination; and poetry administers to the effect by acting on the cause.’

Shelley goes on to suggest: ‘A man, to be greatly good, must imagine intensely and comprehensively; he must put himself in the place of another and of many others; the pains and pleasures of his species must become his own.’

While those so vocal in supporting Black Lives Matter and the myriad other politically correct causes championed by the cultural-Left like to believe they are acting from empathy, the reality is they are consumed by moral self-righteousness and a narcissistic mindset.

It’s far easier to march and protest for a day, to bend the knee before a football match and to express confected moral outrage on Facebook and Twitter than to take the necessary action needed to make a real difference and to improve the lot of those most in need.

Such is human nature and the politically correct times in which we live that virtue signalling and pink washing are mandatory for those desperate to be woke. Instead of empathy, people are full of sound and fury and consumed by self-righteousness, no matter how misguided and futile.