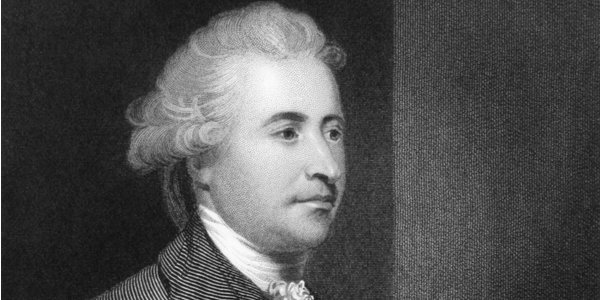 This review of Samuel Burgess’s book Edmund Burke’s Battle with Liberalism: His Christian Philosophy and Why It Matters Today was first published on July 18, 2018. Elsewhere in TCW today Burgess talks about his new book, The Moral Case for Conservatism.

I recently read Samuel Burgess’s book Edmund Burke’s Battle with Liberalism: His Christian Philosophy and Why It Matters Today. Samuel Burgess is a new writer, although the cover features glowing reviews from such figures as Jacob Rees-Mogg, Bishop Michael Nazir-Ali and Iain Dale, so he is clearly doing something right.

His book is a study of the ideas of Edmund Burke, the 18th century philosopher widely considered to be the founder of modern conservatism, with a heavy focus on the Christian basis of his thinking.

Whilst Burke draws his conclusions both from the existence of God, and humans as he finds them in the world, thinkers such as Locke used abstract ideas about humanity such as the ‘state of nature’ or John Rawls’s ‘original position’.

The ‘state of nature’ is the conceptualised idea of what society, and people, were like before civilisation. The contention is that with this knowledge we can create a perfectly ordered society. For Locke, the state of nature is governed by reason and therefore reason should be the primary governor in human society.

This type of thinking is anathema to Burke who perceived that it ultimately leads to the imposition of abstract ideas and concepts on human relations, making politics a social experiment.

Communism can be seen as the perfect example of this: a highly intellectualised theory being imposed on a population in the hope that they would prove the theory right. Burke advocated political prudence, taking into consideration people as they are, the culture, history and customs of the populace, before making any political decisions.

The EU is another example of a liberal experiment. It is based on the fundamental belief that all humans are the same, that national borders are ‘social constructs’ that divide us, that if we are mixed together then we will define ourselves as humans rather than as people from different countries.

Burke would have objected to the EU, firstly on the grounds that open borders are naive. People are fundamentally good, but fallen, and are thus capable of great evil, so the opportunity of open borders will be exploited by nefarious individuals.

Secondly, taking into account the thousands of years of history of the different European nations, as well as the repeated bloody conflicts, Burke would argue that it seems highly unlikely that all of a sudden the countries involved would get along without friction. Burke believed that things such as historical conflicts become part of the DNA of the nation and lingering animosity can’t simply be legislated away.

Burke was a Christian and believed that British common law was in line with the natural law as created by God. He was appalled by the Christian persecution carried out in the French revolution and saw anti-Christian thinking as a crucial component of the liberal worldview.

He fought many of the battles that we are fighting today, resisting those who wished to expunge Christianity from the Western world in order to recreate humanity in their own image.

Burgess’s book is a very readable account of Burke’s battles with liberalism and he repeatedly shows the relevance for today’s world. The debates we are having now have been raging, in different forms, for hundreds of years, and they don’t look like abating any time soon.

For moral and social conservatives Burke is a great resource to draw on, and for that reason I thoroughly recommend Burgess’s book.