Dying days of the EU? 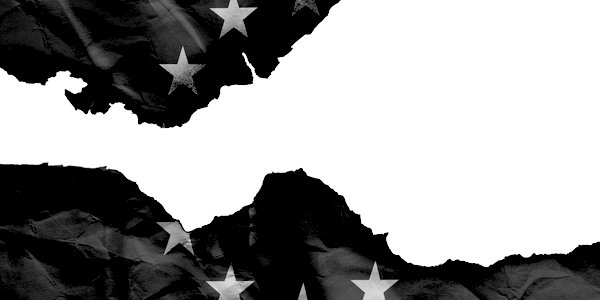 There is one assumption about Brexit that everyone is making. It underpins all of the negotiations and yet no one talks of this assumption, simply because to question it appears at present unthinkable.

The assumption that is being made is about the permanence of the European Union. People believe that the EU will exist in its current form for ever, with its member states merging into an ‘ever-closer union’.

There is no good reason to make this assumption other than wishful thinking. There is an obvious precedent for the fall and dissolution of the EU. It is, of course, the Union of Soviet Socialist Republics.

The parallel between the EU and the USSR was made by hardened Eurosceptics when they started referring to the EU as the ‘EUSSR’. The parallel was not precise, but the similarities were certainly compelling. The USSR was, after all, a union of nations. Ukraine and Byelorussia (now called Belarus) even had their own seats at the United Nations. Nominally independent, they always voted the same way as Mother Russia. The USSR was simply a Bolshevised Russian Empire, where the former Imperial subject countries and regions were given a façade of independence while being obliged to follow the Five-Year Plans emanating from Moscow. It is unlikely that this nominal independence meant that some of the republics were in any way exempt from Stalin’s Great Terror. Nationalism was certainly ruthlessly and cruelly suppressed. Genocide was committed in Ukraine through a Moscow-driven famine.

Suppression of nationalism has been at the heart of the EU project as well. But it was only one country’s nationalist policies that destabilised Europe and caused not one, but two general wars between the powers. The logic seems to be that if Germany could not have nationalist politics, then neither could any other country. Following the fall of the Ottoman and Hapsburg empires, there was an explicit attempt to replace these multinational entities with countries drawn on nationalist boundaries. While the redrawn map of Europe created tensions, there was no indicator that any new border would result in war, apart from a Germany that had made war on its neighbours four times in the preceding 80 years.

The USSR not only suppressed nationalism within the borders of the old Russian Empire. It suppressed it in a host of Eastern European countries to tie them into a communist system, dragging down the economies of these unfortunate states to a level from which they may not still have recovered.

What killed the USSR stone dead was reform. For decades reform had been resisted and an ideologically-inspired central plan strictly adhered to. This caused serious divergences in economic development from the rest of the world. The only way reform was prevented was through the use of political repression. Since protest in a police state was literally a death sentence, populations simply resorted to black markets and did the minimum possible amount of productive work for the state. Real wages stagnated and shortages were common. The attitude was summed up in the phrase ‘They pretend to pay us, so we pretend to work’.

The ageing collective leadership of the USSR in the early 1980s knew with certainty that their successors would drive reform. They also knew that such reform could be possible only by liberalisation, as the use of edicts, threats, and exhortations to improve the workers’ state had failed miserably. This is why the political class at the top of the USSR delayed handing over power to the younger generation to the literal point of their last gasp.

Of course the EU is nothing like as repressive as the USSR. But its resistance to reform is highly similar. The institutions of the EU do resemble those of the equally reform-resistant Imperial Germany rather than the USSR, with an elected assembly that has minimal influence on the executive. Voting for an MEP has no influence on EU policy and EU elections are used to protest against the EU or as a state-run opinion poll of national parties. The concept of the ‘EU27’ is a sham, as most of the countries of the EU have tiny economies compared with the largest, and their influence is proportionate. The EU is increasingly a Berlin-Paris Axis and that is where the true power resides. This also resembles the powerful position that Russia held in the USSR compared to the other Soviet republics. Or indeed Prussia’s power compared to the other monarchies constituting the German Empire.

This resistance to reform is causing the EU problems at its peripheries, just as it was the peripheral republics in the Baltic region that started the rejection of the Soviet Union. There is a growth of populism in a slew of EU countries as citizens object to the EU’s technocratic models of governance which ignore voter sentiment by design. Brexit is just one manifestation of this. The EU, although a governing political entity, fails to justify itself in the European democracies in the same way as their governments, while issuing binding directives as an elected government does.

The EU is heading towards a crisis as some of its member states elect openly nationalist governments that are defying Brussels in one form or another. However it seems increasingly clear that the EU is afraid of reform, having seen its effects on another union of nominally independent states further East. Its technocrats seem to believe that instead of reform reshaping the EU, reform will break the EU. Either way, through nationalist governments breaking away or the unexpected consequences of overdue reform, the EU’s days might be numbered.