Dry your eyes, kids, we’ll make sure you don’t fail 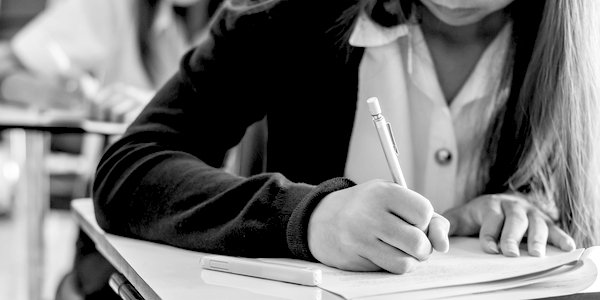 According to media reports, youngsters sitting GCSE and A-Level exams are in meltdown over the perceived difficulty of the new generation of exams.

Not so long ago it was the former Education Secretary, Michael Gove, who was in meltdown over how easy the papers had become. He was right to be alarmed! According to the OECD our 15-year-olds trail pupils in the best-performing education systems around the world by up to three years. Something had to be done.

His solution was to add a little more rigour to the National Curriculum and to toughen up the public examination system. The Department for Education informed me that, as a ‘stakeholder’, I should be involved in the discussions. Our entente survived a couple of years before my desire for a bit of honesty got in the way. I recall a minister, on three occasions, postponing a meeting with myself and a colleague at the Campaign for Real Education.

For once, it was not departmental officials standing in our way. One very senior civil servant admitted he was appalled by ministerial evasiveness and obfuscation when it came to facing some home truths. Governmental cowardice in facing up to the facts is never going to rescue our failing education system.

In the end, Gove got a little of what he wanted in terms of adding some rigour to the curriculum and to exams, but by no means as much he sought. Confronted, for example, by an exam board’s plan to add the likes of ‘hip hop’ musician Dizzee Rascal and comedian Russell Brand to the A-Level English syllabus, sources close to Gove stated that the board was ‘having a laugh’ and there was no possibility of this happening. Sadly, the laugh was on Gove. He was sacked whilst Dizzee and Russell made it on to the so-called ‘advanced’ level English paper.

This year’s exam papers may be a bit harder than in the past but should they be causing meltdown amongst some youngsters? The real issue is that too many pupils have not been stretched over their previous eleven years of schooling. Only in this sense are the new exams unfair on candidates.

The good news is that none of this will matter when it comes to results days in August. We will still see most youngsters leaping for joy.

Before last year’s results were published, Sally Collier, the head of the exam standards regulator Ofqual, informed the Sunday Times that ‘all our kids are brilliant’. The results that followed ‘proved’ she was right. True, the A-Level pass rate was down marginally, but only to 97.9 per cent! The percentage gaining the highest grade – A* –increased slightly.

For GCSEs in 2017 only English and maths were part of the new generation of tougher papers that this year covers most subjects. The overall pass rate for all subjects was down by 1.3 percentage points for 16-year-olds. The exam boards told the BBC that results were broadly consistent with the previous year. In maths the ‘pass’ rate dropped only marginally, from 71.4 to 70.7 per cent.

Through the manipulation of grade boundaries, this year’s cohort of candidates will not be unduly disadvantaged by having to sit slightly more difficult papers. Last summer’s pass mark for GCSE maths (grade C/4) dropped to 15 per cent. If this year’s exam poses more problems it may drop to 10 per cent or lower.

For all the current tears, do not expect the overall pass rate of two-thirds of GCSE candidates and 98 per cent of A-Level candidates to change much this August.

Will ministers ever come clean about what is going on?