Drugs treatment training? No, a love-in for legalisers 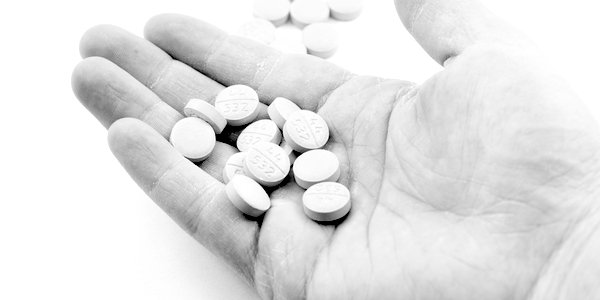 A conference which is widely attended by drug treatment staff in England and Wales is fast becoming an exercise in drug legalisation propaganda. The annual National Substance Misuse Conference attracts a large number of general practitioners and other health care staff to hear the latest in drug treatment policy and practice. The conference is widely promoted by a range of respected public health bodies including Substance Misuse Management in General Practice, Addaction, a leading drug treatment agency, and Collective Voice which represents many of those working in the drugs treatment field and those in contact with drug treatment services. Delegates can claim continuing professional development credit. This is a serious conference, on a serious theme, for serious people.

Ths year’s conference, to be held in Birmingham on September 13, will be opened by representatives from Release, a drugs charity which has long campaigned for the legalisation of illegal drugs within the UK. Following the welcome, delegates will hear from Professor Alex Stevens, a criminologist from the University of Kent who has similarly widely advocated drugs policy change and legalisation. Hot on the heels of Professor Stevens, representatives of the Transform organisation, the UK’s leading drugs legalisation lobby group, will take the stage. Those who miss Transform can opt instead to hear David Jamieson, West Midlands Police and Crime Commissioner, who has advocated the wider prescribing of heroin to addicts in England, the setting up of drug consumption rooms and for drug use to be treated as a health rather than a criminal justice matter.

After lunch attendees can choose between listening to Steve Rolles, senior policy analyst from Transform (again) or Katy MacLeod from the Scottish Drugs Forum, an organisation which, like Transform and Release, has long argued for the softening of UK drug laws. At the end of the day, for those whose thirst for drugs legalisation lobbying remains strangely unquenched, there is a final workshop led by Volteface, a lobby group set up by the millionaire Paul Birch to support (you guessed it) the legalisation of cannabis.

The challenge facing drug treatment services within the UK today is probably greater than it has ever been. We have a record high in the numbers of drug users dying in England and a six-year rising total in the number of drug users dying after using cocaine. We have a constantly changing array of new psychoactive substances being abused whose strange chemistry can produce fatal effects. We have the challenge of providing effective drug treatment within prisons and we have the need to balance harm reduction and abstinence-focused approaches to drug treatment in the community. At the same time a record number of residential drug treatment centres in England are closing. There is a huge amount to do and there are lives hanging on our ability to do it.

In the face of all this need, it is nothing short of a scandal that the organisers of the National Substance Misuse Conference have constructed a programme so focused on drugs policy lobbying rather than on the ‘strategy and treatment’, ‘criminal justice’, ‘prevention’ and ‘trends’ that are highlighted in the conference blurb.

This is a conference that should carry its own health warning: ‘Drug Legalisation Lobbyists at Work’. The trouble with offering such a one-sided array of speakers, at such an important conference, is the impression conveyed that legalising or liberalising our drug laws represents the sole or predominant view of those leading the field.