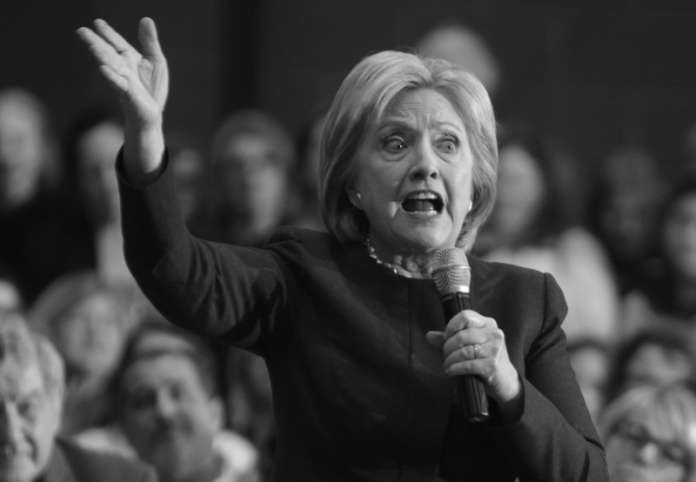 What is the difference between identity politics and prejudice? Vanishingly little. When the actions and words of an individual are evaluated through the prism of their sex we quickly lose touch with what is before us.

Maria Guadalupe is associate professor of political science and economics at the European Institute of Business Administration INSEAD which boasts amongst its alumni William Hague and Will Hutton. Like many on the left she believed that if the sex of the rival candidates in the 2016 American election were reversed the outcome would have been different. Professor Guadalupe devised a rather crude experiment to demonstrate that Hillary lost because she was a woman.

Professor Guadalupe got together with professor Joe Salvatore, a clinical associate professor of educational theatre specialising in ethnodrama at New York University. Ethnodrama apparently is a taking and adapting interviews, field notes, journal entries and all manner of recorded artefacts and turning them into a script to be performed as a play. Together Guadalope and Salvatore wrote the play ‘Her Opponent’ using words taken directly from the actual presidential debates. A slight clue as to the stance of the professors can be found in the title of the play.

It was hoped that the ethnodrama would demonstrate that the differences between male and female communication styles are reflected in the differing standards by which they are consciously or unconsciously judged. The theory being that the American public would surely not accept the arrogant, boorish and domineering behaviour Trump displayed if it came from a woman. Hillary’s competence and thorough preparation on the other hand would be even more convincing coming from a man.

The play was performed twice to sold out New York audiences composed mostly of academics, Clinton supporters almost every one of them. Inside the play’s programmes each audience member found two surveys, one to be completed before the show, one after. The questions prior to the performance concerned reactions to the real life debates, the post-performance questions tapped into reactions to the ‘King-Gordon’ debates. Each performance was also followed by a discussion.

The gender-identity obsessed left may wish to pay attention to the results of this little experiment. To predicate so much on the sex of an individual leads to a distortion of reality.

Professor Salvatore reported: ‘People across the board were surprised that their expectations about what they were going to experience were upended’. He was even surprised by his own reactions. It turned out the woman version of Trump seemed more likeable than he had imagined. He told Guadalupe during rehearsals, ‘I kind of want to have a beer with her!’

Many in the audience were shocked when they found they couldn’t identify in Jonathan Gordon, what they had so admired in the real life Hillary. Some found that when they remembered Donald Trump lashing out and flailing during the real debates, when played as the woman, Brenda King those same words and actions seemed to shine out as clever debating tactics.

Brenda King, the female Trump, was described by one audience member as being like his Jewish aunt who would take care of everyone. Another saw her as that school head teacher whom no one really likes but you know is doing it for your good.

The one hopeful thing to emerge can be found in a reaction of Joe Salvatore. He said it was a personal education for him as many members of his extended family had voted for Trump. ‘I developed empathy for people who voted for him by doing this project, which is not what I was expecting’. He added, ‘I expected it to make me more angry at them, but it gave me an understanding of what they might have heard or experienced when he spoke’. Perhaps both sides in political debate would profit from such an understanding.