Dr Campbell Campbell-Jack: A Christian solution to the migrant crisis? 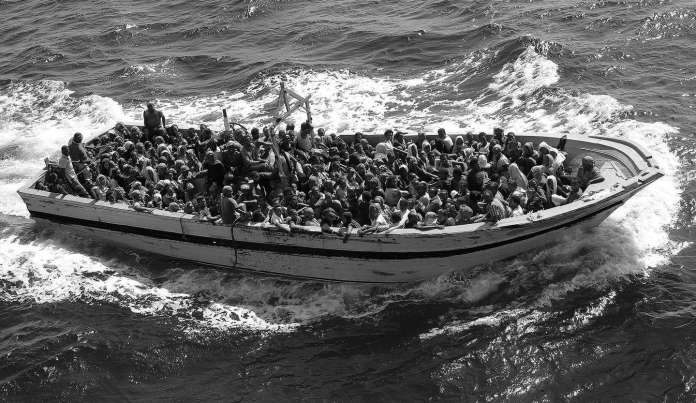 Thousands upon thousands of migrants attempt to cross the Mediterranean in unsafe boats provided by people traffickers who fleece them outrageously. An estimated one million managed to arrive last year. Despite the efforts of the EU and charity organisations to provide a ferry service as soon as they are outside Libyan waters, thousands of the illegal immigrants have drowned. This is on any understanding a tragedy.

What should be done? The most practical solution would seem to be to provide support enabling these migrants to stay in their own countries. If that proves impossible for reasons of political or religious persecution, we should look to providing decent resettlement camps as close to their country of origin as possible. There they could live in safety, with their own people and within their own culture, and be able to return home when conditions improve.

The Federation of Protestant Churches in Italy (FCEI) has another solution. With the assistance of Roman Catholic organisations they have launched Mediterranean Hope. The purpose of the charity is to set up humanitarian corridors from Lebanon and Morocco. This will allow immigrants the opportunity to be flown directly to Italy without having to undertake the dangerous conditions of travel by sea. Once in Italy practical, social and emotional help is at hand.

In eight flights since February 2016, Mediterranean Hope has flown in 791 people, mostly Muslims, all of whom have arrived in Italy on humanitarian visas and have claimed asylum there. Plans are underway for a similar response from ecumenical organisations and churches in France. No doubt other countries are considering it.

Is this the way forward? Is jetting in immigrants to be preferred to attempting to help those countries so sunk in poverty by mismanagement of resources that people flee and become displaced and unassimilated economic migrants in Europe? Sticking plasters may provide a salve for the consciences of some Christians, they do nothing to deal with the actual problem. Emotional responses to difficult situations rarely get to the root cause and provide lasting help. Members of the FCEI have their hearts in the right place. The only questions is: Where do they keep their heads?