Download your thoughts for today from May’s Ministry of Truth 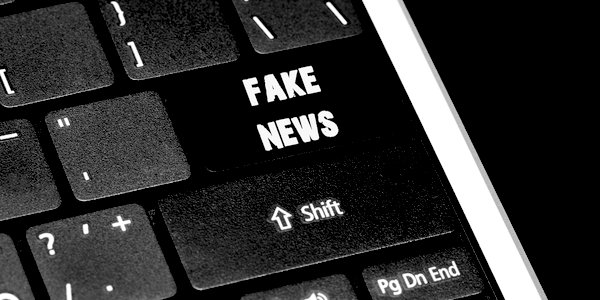 Rejoice! Our benevolent leaders have seen fit to create a Ministry of Truth, well versed in the latest Newspeak, for the benefit of us lowly citizens so that we may know which opinions are acceptable and which fall into that fearsome category known as ‘fake news’.

There’s no need to protest. I’m sure you currently feel it takes very little effort on your part to go through the available news channels and sift fact from fiction yourself, but that is only because you have not yet been freed from the onerous burden of independent thought.

Relax! A new era is on the horizon. From now on the correct opinions will be delivered directly into your social media news feed, ready and waiting for you to plug in and download as you go about your day.

If my tone leads you to conclude that I am jesting, think again. On Wednesday a Downing Street spokesman revealed that the ‘dedicated national security communications unit’ will be tasked with ‘combating disinformation by state actors and others’.

There is little information at this point as to the exact nature of the disinformation the government wishes to counter, nor who are the ‘others’ who might be releasing it. However some clues were presented by the spokesman when he added: ‘We are living in an era of fake news and competing narratives.’

Lest anyone be in doubt as to where the government stands on free speech, the following day the Home Office responded to a petition calling for the rescindment of ‘hate speech’ laws and the enshrinement in law of the right to free speech with the following statement: ‘The Government is committed to upholding free speech, and legislation is already in place to protect these fundamental rights. However, this freedom cannot be an excuse to cause harm or spread hatred.

‘A hate crime is any criminal offence, for example assault or malicious communications, which is perceived to be motivated by hostility or prejudice based on a person’s actual or perceived race, religion, sexual orientation, disability or transgender identity. The Government takes hate crime very seriously.’

The petition runs until April, and as I write it needs close to 84,000 more signatures to force a parliamentary debate.

A generous person may at this stage wish to suggest that such moves are the province of the civil service, which is well known for believing that any problem can be solved by more legislation. But as if explicitly to disabuse people of such a notion, the Prime Minister has weighed in on the matter.

In Davos, she told her fellow leaders that shareholders should consider ‘the social impact of the companies they are investing in [ . . . ] And they can use their influence to ensure these issues are taken seriously.

‘For example, earlier this month a group of shareholders demanded that Facebook and Twitter disclose more information about sexual harassment, fake news, hate speech and other forms of abuse that take place on the companies’ platforms.’

She added: ‘This is fundamental to the proper functioning of markets, choice and competition.’

The problem here is twofold. Firstly, it is clear that not a single person of influence in Whitehall took note of Jordan Peterson’s recent ‘gotcha’ moment against Cathy Newman, in which he explicitly stated why free speech – including the right to speech that may offend – was so crucial to a well-functioning society. ‘In order to be able to think, you have to risk being offensive,’ he pointed out.

Secondly, America’s founding fathers wisely engineered the institutions of government so that power could not reside solely in any one quarter. They did this because they were well aware that while they themselves might be decent and honourable men, there was no guarantee that their successors would be.

This is something that the present government may wish to consider very closely, especially in light of how close Jeremy Corbyn and his cabal of Marxists came to taking power last summer. They may find that the big guns they are currently lining up against their ideological enemies in time are turned against them.

Donna Edmunds
Donna Rachel Edmunds has worked in the European Parliament, at Westminster and for Breitbart London.