NewsPaperthe art of publishing
Home Brexit Watch Don’t hail Brexit just yet. We could still end up in EU...
0

Don’t hail Brexit just yet. We could still end up in EU vassalage 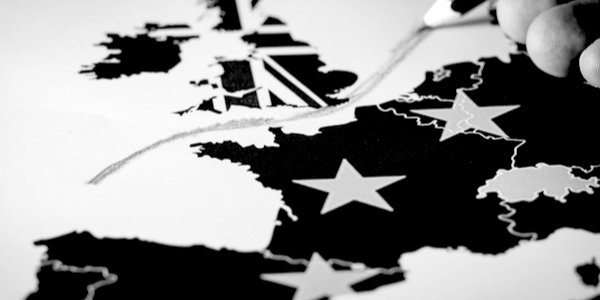 IN the general euphoria since Boris Johnson’s decisive election victory, it is tempting to ignore the very real difficulties the UK still faces in leaving the EU with an acceptable trade deal.

Harry Western, a top economist in the private sector, writing for Briefings for Brexit, is under no such illusion.

In a recent article, he makes the simple points that: The EU is not seeking a fair deal for the EU and the UK; its driving concern is with the single market and its regulations; its main aim is to keep the UK in its regulative control system; it does not want a ‘thin’ free WTO (World Trade Organisation) agreement that leaves the UK free.

Why we should be surprised? To do anything other, after all, would be counter to the EU’s main imperial ambition which, as Rodney Atkinson reiterated in these pages recently, has never been about free trade and prosperity, but about a single ‘country called Europe’.

This was essentially what was behind new European Commission president Ursula von der Leyen’s recent speech in London. Underneath the warm words was a steely message about keeping the manacles on the UK in place.

Without pausing for breath, the EU has started by setting the terms and is ‘refusing’ to open up trade talks until the UK surrenders its fishing waters.

Yet with Boris’s decisive victory, gone should be the assumption that the EU be allowed to dictate the structure of the talks; or that somehow we owe the EU a debt of guilt at leaving, or that taking back full control of our fisheries as reported here is up for negotiation at all.

What the UK’s negotiators should be saying on the fisheries is this: OK, so you are asking for a temporary transition period to help your fishermen adjust for their final loss of access, and for that transition period we will bill you at a mere £20billion per year, and of course regulate them, as they do tend to break the regulations.

Our negotiators should question the very assumption that EU fishermen have any right to retain access – that, to the contrary, there is a case for the UK getting reparations for how the EU lied and trashed the UK fisheries from day one of membership.

Which brings us to the question of exactly who are the men we have to rely on for this – who is doing the negotiating for us? Who (hopefully) will be squaring up to the EU bullies on our behalf? The same team as before is the worrying answer. And that surely is a matter of grave concern.

That David Frost, the civil servant in charge of the last round of negotiations, who secured so little, is still heading up the UK negotiating team, is disturbing, just when the UK needs to execute a Copernican revolution in its orientation to these talks; and when, since the Conservatives’ decisive electoral victory, we should be in a prime position to do so.

The changes to the revised Withdrawal Agreement that he secured were so limited and largely to Northern Ireland and the controversial replacement of the backstop, as to set off a major and rancorous debate amongst politicians, experts and commentators about whether they should be backed at all. They were only finally ceded to with great reluctance because the then parliamentary political deadlock risked no Brexit at all.  All of which has now changed.

Nor did Frost succeed in killing the WA ‘transition’ period.  It was Boris, since winning the election, who pledged to set the date limit of December 31, 2020.

The worry now is that a Frost-led team will still be locked into EU assumptions and values. It is not just fishing that is of concern – though it should be seen as a barometer for the rest of the negotiations.

As Western explains, it is a matter of principle: If the UK rolls over and allows EU free access as it is demanding, that will set the tone for further surrenders and encourage Brussels in its demands.

Defence is another such area – we should be surely right to tell EU states that we cannot afford to defend them without a good trade deal and if not, that they then owe us an annual fee of many billions to meet the cost. Yet we have agreed to pay them a divorce bill of £39billion.

So it is worrying both that David Frost, with his long history of service to the EU – formerly EU Director in the Foreign and Commonwealth Office and Director for Europe and International Trade at the Department for Business – continues in post. And that Sir Mark Sedwill, Mrs May’s Cabinet Secretary and head of the Civil Service, a deep Remainer, keeps his job. Can such officials change their spots and fight back against Barnier?

The upcoming year of negotiations will be desperately difficult for the UK.  Anyone who thinks it’s all over, job done, is in for a nasty shock. We can expect the EU to simply repeat its totally successful hammering of the UK over Boris’s WA, which turns out to be very far from ‘dead’, but a humiliating squid resurfacing and ready to grip us in its tentacles.

There may have been some promising signals on the above in recent days, including statements from the UK government that it intends trade talks to go forward in parallel with other partners as well as the EU.

Western remains unconvinced – as the EU will also be – that the Government has the strength of will to take the very tough actions needed to force the EU into a serious negotiation on trade. Some very clear and concrete moves are needed in the coming weeks – bluffing won’t work.

We can only hope that Western will be proved wrong and backbone is being regrown in Whitehall under Dominic Cummings. James Forsyth reports that No 10 will not repeat May’s strategic error of falling (or, in her case, jumping) into the bear-trap of the EU’s ‘sequencing’ ploy, but would walk away instead.

Without doubt Brussels will again use the ‘clock’, cliff edge, exensions and delay and rely on UK Remainers to hamper and sabotage hopes and efforts. Project Fear will reappear in the corporate business community. ‘Trade experts’, the Financial Times reports, ‘expect Brussels to run down the clock to put pressure on Mr Johnson to make a stark choice: go for a “thin” trade deal on EU terms, accept an extension, or keep going towards the cliff-edge with a WTO outcome still possible’.

A more encouraging note is Bank of England governor Mark Carney’s statement that the City should never be allowed to come under the regulatory control of Brussels. Indeed not, but Brussels is targeting that as a cash cow to support the eurozone.

This reminds us that without a clean Brexit, the UK is liable for vast bailouts of the euro should the currency fall catastrophically:  Britain could face €200bn EU bail-out bill – unless there is a clean Brexit.

The fear once more is that ‘we the people’ will be fighting off not only Brussels machinations, but our own Civil Service, which has given billions away in advance of the £39billion price for entering the WA chamber of horrors.

The UK’s former representative to the EU, Sir Ivan Rogers, a deep critic of Brexit, says of the WA:  ‘I dislike the “vassal state” terminology, but anyone can see the democratic problem with being subject to laws made in rooms where no Brit was present and living under a court’s jurisdiction where there is no British judge.’

Quite so. For the next year at least, we will be prevented from appealing to any international court of justice, only to the European Court of Justice, should we need – a situation for which we have Boris, conveniently now forgetting his warnings of vassalage, to thank.

A taste of things to come can be gleaned from the Express’s article on the EU plan to sue the UK for billions over Chinese imports, which will be adjudicated by … yes, the ECJ, the right-hand legal enforcer of the EU.

While in this crazy masochistic WA bondage, the EU will be able to cook up all manner of suits against us, to squeeze the cash it loses from our vast membership fees, justiciable by the ECJ – that could amount to astronomical numbers.

What is to prevent this, Boris? It looks like it’s not so much Brexit that is oven-ready, but us – to be cooked at top heat, very soon.

The EU is also demanding a version of the papal court, with taxation powers no doubt, to look after EU citizens working in the UK post-Brexit: Its classic ploy of attaching regulatory powers to goods, services and fishing rights is now applied to persons. The Pope did it to King John (excommunicating him in 1209), but we hear no outraged rebuttal of such a preposterous idea.

How do the Greeks and Italians feel about the way the EU courts have looked after them?

Is Dover now ready for Brexit, to catch up with Calais? It would be reassuring to hear that plans for new ‘free ports’ are under way and being excecuted.

Likewise, is IT trading facilitation being funded after former Chancellor Philip Hammond’s stonewalling?

Is our government at full tilt on such matters? Will Michael Gove include all this in his new brief? We will be watching.

Then there is the question of why the Government has not repealed the Benn Surrender Act preventing a no-deal exit, should the EU block a deal.  Such questions are concerning, given the past brutality and dishonestly of Brussels and the incompetence and sheer refusal to embrace Brexit by UK officialdom and the political classes, not to mention banks and big business.

The warning lights are flashing and we need to pay close attention, that we are not – after all the Brexit fanfares are sounded on January 31 – ushered into the horror of vassalage, something unknown to us since 1066. Heaven forfend that is the case. Should it be, the ‘conservative party’ deserves the full opproprium that history can offer.