Do you speak modern British? 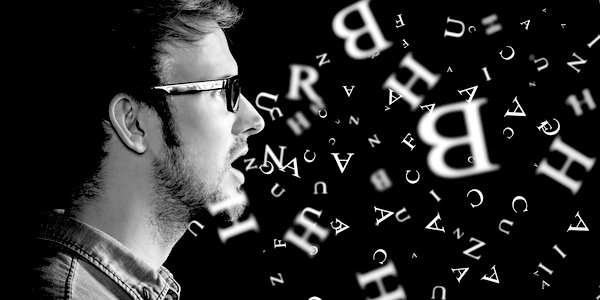 This article is published by kind permission of The Salisbury Review.

‘There’s so much joy in being poly’ announced a recent Guardian article. Not a revival of The Boy Friend, this ‘poly’ refers to ‘polyamorous’. The article was headed ‘The Truth About Polyamory’. It was about the increasing popularity of troilism, three in the bed. ‘Calum’ described himself, or rather ‘identified’, as a ‘heteroflexible pansexual solo polyamorous relationship anarchist’.

To be born before the 1990s is not to understand what anyone younger is saying. Not the ‘mash-up’ of words kids pick up from ‘the street’, the euphemism for black culture. This new language of the Left which has rapidly entered everyday discourse is like being in Paris on a wet day: get your words wrong and you could end up in serious trouble.

Years ago, we took pride in our felicitous language which some called ‘the language of Shakespeare’. To open your mouth in Britain today is to court conflict. The fracturing of our vocabulary might not be a conspiracy, but there has been a long-term plan for language manipulation to bring about radical social change. The arrival of social media has hastened this process and removed us all from our cosy ‘filter bubbles’, which I think are the same as ‘silos’, increased our ‘connectivity’, and left us bewildered in a strange land.

Some of this speech-conflict can be blamed on the French. In 1953 Georges Matoré of the Sorbonne published a dictionary of 5,000 ‘privileged words’ which he said reflected the cultural values of a particular time. This inspired Marxist academic Raymond Williams to publish his Culture and Society in 1958 with a glossary of contentious, socially charged words. In 1976 Williams, the son of a Welsh railway worker, published Keywords, subtitled ‘A vocabulary of culture and society’. It sold nearly a million copies in the UK edition alone, and had wide implications for social debate. Williams saw language as ideological blocks, to which he applied Marxist analysis. His aim was to destroy the idea of ‘culture’ produced by a class society. According to academic and film producer Colin MacCabe, who has just updated Keywords for OUP, he believed that ‘public conversation serves to express control and regulation, to circulate opinion, and give form to critical debate’. He saw that words could be selected to challenge all presuppositions of democracy and capitalism. He always understood language in terms of division and conflict.

MacCabe, who says he has ‘political ambitions’ himself, has added 50 words, all ‘contested’. Some of us feel that their new definitions are not contested enough:

Community: Every British state school and community centre now has to have this word in its name. In the 14th century it meant the common people; in the 19th people in a picturesque village, by the mid-20th an ideological group. For many of us it represents enforced multi-culturalism.

Sovereignty: A crucial word in the battle for Brexit and the concept of nation state. Mrs Thatcher said: ‘The sovereignty of Parliament is supreme.’ Enoch Powell linked the word with historical continuity and racial cohesion. As globalisation and social media have diluted national borders, people who still believe in sovereignty are called the Alt-Right. The French envied our parliamentary power and aimed for similar in a new republic. In 1770 J L de Lolme was sadly un-prescient when he wrote: ‘Parliament can do everything but make a woman a man and a man a woman.’

Safe space: Started in the ‘Mad Men’ US business culture of the 1940s to allow employees of low status to give fearless feedback to their bosses. From there it somehow entered therapy culture, gay bars, university campuses and recently the Labour Party conference.

Most of us need one at times, and usually call it ‘my bedroom’, but students’ unions all over the UK now insist on providing them in public buildings to protect students from the impact of dangerous ideas. Philosopher John Stuart Mill, the first MP to demand women’s suffrage, said ‘ideas cannot be injurious’, but that is not how we feel today when, it seems, ‘keywords’ might almost kill you.

The recent change in our language is partly due to something Williams could not imagine: the respect now given to raw emotion. Young people, ‘snowflakes’, demand emotional security; they want to feel ‘comfortable’ when faced with difficult ideas. In 2014 Oxford students refused to open a room for a debate on abortion. Even fictional scenes are required to have ‘trigger warnings’ in case they are upsetting.

This valuing of emotion over reason characterises the new definition of the word ‘appropriation’. It once meant stealing land. In the 19th century it implied artistic borrowing, such as creating a pastiche. After 1980 it became synonymous with theft from black cultures by white men such as Captain Cook and Cecil Rhodes.

Appropriation is an ‘active’ word because it’s deeply emotional, emphasising victimhood and white oppression. It has become strangely pervasive; returning home from Mexico in a sombrero may get you arrested in the airport. Donning almost any sort of fancy dress may get you sacked. No one is above reproach; TV chef Jamie Oliver was recently accused of this cultural crime by Dawn Butler, Labour MP for Brent, after he demonstrated a Jamaican rice dish.

Some older people will recoil from these angry new words. But they will not be able to ignore them because they’re accepted as the norm by the BBC and even the Royal Shakespeare Company. Recent productions show that Shakespeare is no longer about poetic language, but must demonstrate ‘inclusiveness’ and ‘diversity’. Anything else would be to honour that other key word, patriarchy. Speech itself was lost as actors’ voices were drowned out by music from ‘the street’.

Future updates of Williams’s book may contain fewer ‘keywords’. Better get out your synthesised instruments and not say much at all; words are getting far too dangerous.