Disgraceful smearing of a conservative conference 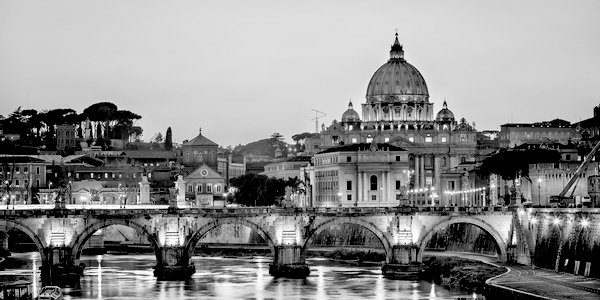 A COUPLE of weeks ago I attended a conference in Rome called ‘God, Honor, Country: President Ronald Reagan, Pope John Paul II, and the Freedom of Nations – A National Conservatism Conference’.

It was a civilised discussion about legitimate concerns regarding the EU, national identity and sovereignty. The speakers praised the British electorate’s decision and courage to leave the EU, and to reassert their identity and destiny.

Over subsequent days, it was shocking to find the Guardian and the Jewish Chronicle invoking the words ‘anti-Semitism’ and ‘racism’ to smear and demonise key speakers such as Tory MP Daniel Kawczynski. There was nothing controversial at the conference, unless the claim is being made that any event which is conservative is controversial by definition. The surprise is that so few prominent Conservative voices are pushing back against liberal attempts to silence their fellow Tories – none from within the senior ranks of the Conservative Party – thus ignoring the threat to freedom of expression, and of course democracy in the West.

I am Jewish, and of very mixed heritage. At the event I did not encounter any views that were remotely ‘anti-Semitic’ or ‘racist’. On the contrary, I was rather surprised at the expressions of support for Judaism and Judeo-Christian values in general, and for Israel, from many of the supposedly ‘far Right’ speakers. It is both dishonest and dangerous to cite ‘anti-Semitism’ or ‘racism’ where they do not apply. In the case of the conference in Rome, I, as an attendee, can attest to the fact that the words are being used as a political weapon to undermine a legitimate non-liberal debate, and one that offered a number of different points of view. It was an enriching, highly informative, and, dare I say, a life-asserting experience. Whatever an individual’s political inclination, the rich and varied content was worth listening to.

Aside from the strong British presence and other European groups, the delegates I met or noticed included Eritreans, Middle Easterners, Latin Americans as well as Israelis. A few of the speakers are openly homosexual, and their presentations were received as warmly and attentively as all the others.

As for the naysayers: The Jewish Chronicle asserts that ‘by consorting with racists, Daniel Kawczynski sends a clear message that he believes their ideas are legitimate and respectable’.

Dame Margaret Hodge MP, parliamentary chair of the Jewish Labour Movement, said: ‘No member of Parliament should be attending a conference packed full of racists, homophobes and Islamophobes . . . there can be no place for these hateful views in our Parliament.’

The more often such conferences are held, and the more the public is exposed to their ideas, the more likely it is that such naysayers will think twice about going on to attack via the usual ‘liberal groupthink’ route. Is it too much to hope that some will actually attend before issuing uninformed attacks?

I struggle to identify what ‘hateful views’ were expressed at the event. Where is the evidence to support such sweeping vilification that not only insults, but also defames both speakers and attendees?

Last year the Business Insider claimed that Theresa May had been urged to condemn the ‘utterly shameful’ decision of her party’s European Parliamentary members to meet ‘a controversial leader of the Swedish far-Right’, Mattias Karlsson. Whilst I am not entirely familiar with him nor have I carefully and forensically researched all his past statements, I am familiar with the problems Sweden is facing.

At the Rome event, Karlsson spoke about the challenging economic situation in his country. He explained how the influx of migrants in recent years has put a strain on the economy. This has caused the government to withdraw funding from various categories of worthy welfare recipients. He supports Swexit because he wants to ‘retake accountability, retake democracy, and national sovereignty’. He made the point that ‘you don’t lock your door to your home at night because you hate all the other people outside, you lock the door because you love the people inside the house’. His views may not be popular amongst liberals, but is unpopularity amongst liberals just cause to silence conservative voices? Did Britain not vote for Brexit for the same love of the country as Karlsson was expressing?

It is concerning, and sad, that some liberal mainstream newspapers are misrepresenting the conference as part of a smear campaign, and in effect setting the parameters of what may or may not be discussed in public. It is soul-destroying to know that such a dedicated, caring, charismatic and highly respected MP as Daniel Kawczynski ended up having to apologise under pressure for fabricated accusations. Brilliant writers, academics and even war heroes are being disgracefully smeared by a sinister and voracious self-serving liberal elite that wants to maintain its near-total grip of the public square.

‘Anti-Semitism’, ‘racism’ and ‘homophobia’ are being alleged without cause. If the liberal media continue to use these labels as a mechanism of war against conservatism, there is a real risk that the  public will become desensitised to genuine anti-Semitism and racism. Crying wolf is a dangerous game to play.

Nicole Green
Nicole Green is a writer, freelance journalist and theatre critic. She writes on environmental issues, current affairs, and the law.