NewsPaperthe art of publishing
Home News Determination, independence – what home schooling did for me
0

Determination, independence – what home schooling did for me 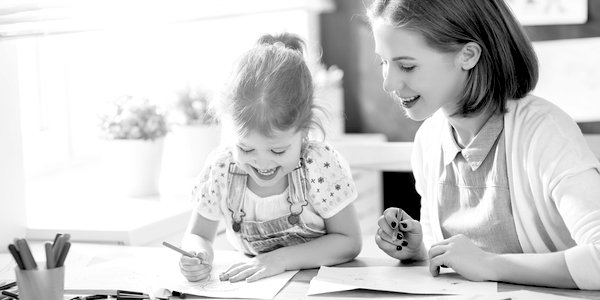 I WELL remember a day in 1982 when, facing a pilot selection panel at RAF Biggin Hill, I asked the officers if they minded that I was home-educated from age eleven. They smiled and said, ‘The RAF doesn’t hold that against you in any way.’

My basic village primary school had left me unprepared for public school. After a few days of incomprehensible classes I refused to go. This happened enough times that, eventually, I stayed at home whilst my devoted parents worked out what to do.

Major problems began when the local council completely misread the situation and threatened to take me into care if my parents didn’t send me to school. Terrified, my family bundled me into my uniform, then the car, and dropped me off at the classroom. Brutal, but better than losing your child. Back at school the whole class was threatened with the cane. I promptly walked out of the room and then five miles back home. After that, neither the council nor any school wanted responsibility for me, yet for years my caring, stressed mother was interrogated weekly by the council which demanded to know what I was doing.

Unaware of this, and left to learn in my own way, I followed my passions for the piano, English literature and aeroplanes. We were farmers, and at 15 I drove the combine harvester, mending it when it broke down. My proud and wonderful father died of cancer when I was 14 and the intrusion by the council ruined his last years. Had the council left us alone my home education would have been a completely positive experience.

Every child is different and I was an autodidact – I learnt best on my own. The RAF picked up on my determination, self-reliance and independence (ideal qualities for a pilot) and, armed with five O-Levels, I passed into the RAF College Cranwell, gained my Wings as a transport pilot and later became an airline Captain.

British law recognises home educators’ rights, but most local authorities treat these families with unwarranted suspicion. This results in needless and damaging conflict. In America, home education is mainstream due to dissatisfaction with the school system. Similarly, it is going that way here. To ensure that their child’s education is suitable, parents must be able to take back control, unfettered by town hall bureaucrats.

The Government equates home education with wrongdoing, wants a register, as Chris MrsGovern reported in TCW on Friday, and officially sanctions damaging interference. If parents do not register their children, Government intends to force the children to school, and those who refuse will be threatened with a care order. The Isle of Man, where we live, wants a six-month prison sentence for home-educating parents who refuse to allow intrusion into their lives. The unintended consequence of harassing powers like these is severe stress for law-abiding families doing their level best for their children.

Faced with these multiple assaults on long-held parental freedoms, I crowd-funded a legal opinion on home education law.

Home-educating families are protected by the Human Rights Act since home education cannot be equated with wrongdoing and parents must be presumed to be providing a suitable education in the absence of evidence suggesting otherwise. This was a point well proved in the landmark Scottish Named Person case.

Unfettered powers for local authority officers will damage far more children than they could possibly help and the Government will lose in court when the matter inevitably comes to judicial review. They should take a hint from my RAF selectors and become more broad-minded about home education.