NewsPaperthe art of publishing
Home News Decline in baptisms is a tragedy for the country as well as...
0 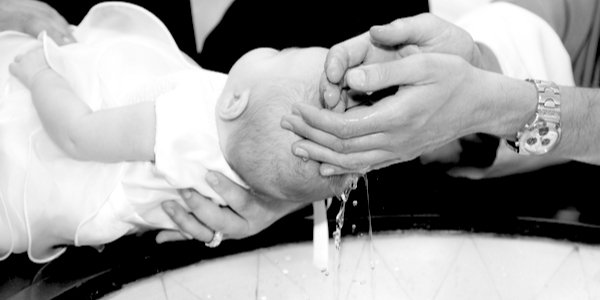 ONLY 10 per cent of babies in England are baptised in the Church of England, the Mail reported recently. In London the figure is 3 per cent – a ‘tiny minority’, according to the newspaper. Interesting, isn’t it, that 3 per cent is suddenly a tiny minority when Christians are involved – but when was the last time you heard the 2 per cent of Brits who identify as lesbian, gay or bisexual being described as a tiny minority? So much about statistics is in the presentation. But I digress.

The London christenings figure is similar to those for other large cities: in Birmingham it’s 5 per cent, in Bristol 6 per cent, and in Manchester 8 per cent.

In 1933 no fewer than an estimated 75 per cent of babies born in England were baptised in the C of E. As recently as 2001 a majority of the English population were baptised Anglicans. Both these figures are now at historic lows and still headed downwards.

The drop reflects the dramatic shift away from Christianity in England since the Second World War. More than that, it signals the fading of the English identity in which the C of E played a central role and everyone had a ‘Christian’ name. In the annual British Social Attitudes survey, since 1983 more than 80 per cent of those born before 1920 have consistently identified as Christian; for those born in the 1980s that figure is closer to 35 per cent

The main causes are clear: aggressive secularisation combined with unprecedented levels of immigration, particularly in the big cities, have hit Christian affiliation with a double whammy. This is a tragedy not just for the Church but for England as a country, where the culture historically has been closely entwined with its national church, even if only on a nominal level.

Yet for all the doom and gloom about the seemingly unstoppable receding of English culture, we can perhaps be cheered that the old customs still appear to have some resilience. In rural Herefordshire the baptism rate remains as high as a quarter of all births – not exactly a holdout of Christendom, I grant you, but a sign nonetheless of how some English traditions can survive away from the chaotic modern city.

Right now a renaissance of England and her culture seems a pipe dream, as multicultural orthodoxy is enforced with ever greater ruthlessness by the fanatical ‘progressives’ who control our state and elite institutions, and uncontrolled immigration drives deep changes in the demographics and thus culture of the old country. But could a renewed nationalism – the positive national sentiment as articulated by Roger Scruton here and here – combined with proper border control and effective naturalisation policies reverse the cultural vandalism of the post-war period? Some days I like to hope so. But on other days, I confess it feels more like the fantasy of a hopeless conservative in denial.