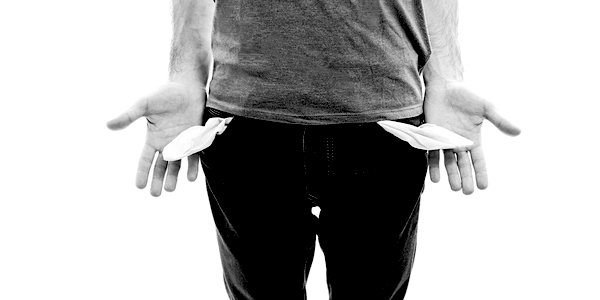 Events have moved fast since I wrote about the harsh economic lesson for student Lefties just under a month ago.

At the end of October, the students’ union at the LSE, where I am an undergraduate, had concluded its bi-annual election period. Positions up for grabs included three delegates responsible for liaising with the national student body, the NUS. What was apparent was that the three budding new delegates-elect might find themselves out of office much earlier than expected. Guido Fawkes now reports that the NUS held crisis talks on Wednesday night after internal documents revealed that it is likely to go bankrupt within five months.

A letter leaked to Guido last month revealed the NUS to be in dire financial straits. Addressed to all affiliated students’ unions, the letter explained that the student body was ‘facing financial difficulty’ in the form of ‘a £3m deficit . . . in this and future financial years’. It has since come to light that this was, in fact, putting it rather lightly.

As reported by Guido, financial documents show that the NUS posted a combined loss of over £5.4million in 2017 (up from £50,000 in 2016). As a result, its debts sit at a whopping £14million. It now appears that the only realistic prospect of recovery lies in a truly radical downsizing and restructuring, including slashing services and laying off swathes of staff. Wednesday’s crisis talks concluded that the NUS will be bankrupt by April next year unless deep cuts are made immediately. A long way from merely ‘borrowing against the building we own’ as was initially suggested.

Even without such obvious financial disaster looming, the NUS executive would have a very hard time passing any such measures without provoking a revolt from socialist students up and down the country. For them austerity is a ‘political choice’ and they cast anyone who so much as thinks about making cuts as an evil Tory, undoubtedly in cahoots with big business and ‘the establishment’.

NUS President Shakira Martin has announced that “radical reforms” will be made to NUS democratic structures to “drastically simplify and modernise” the union due to an alleged £3 million deficit. These reforms will likely be gutting to democracy, liberation and campaigns.

It has started. Numerous student bodies have already lashed out against the proposed emergency measures. A hilarious organisation calling itself the ‘Student Left Network’ has released a statement  calling on the NUS to ‘open the books’ to prove the existence of the ‘alleged deficit’. What exactly do they think is going on here? Their extraordinary position seems to imply the belief that the crisis is a fiction concocted by the maleficent leadership so that it can make humiliating and debilitating cuts to its own campaigns.

The ‘Defend NUS Liberation’ group goes even further, claiming that the proposed austerity measures kowtow to ‘the far right’ and will cause increases in racist attacks. It asserts that the necessary cuts to NUS anti-racism projects will result in students being left unprotected with no union defence against oppressive Right-wing horrors such as hearing Steve Bannon speak or witnessing a presumably deadly leafleting campaign by the white nationalist movement Generation Identity.

Defend Black Students – No to Fascism – an NUS for all

Read the statement in the thread below ⬇️

The hysterical statement is accompanied by the slogan  ‘Defend Black Students – No to Fascism – an NUS for all’, with the campaigners apparently oblivious to the fact that without a hefty dose of austerity, they will very quickly end up with ‘an NUS for none’. Though it is remarkable to see how the cogs turning in the head of a young Leftist results in a fantastical connection being drawn between basic economics and institutional racism.

As I said in my last post, that timeless Thatcher quote feels as relevant as ever: ‘The problem with socialism is you eventually run out of other people’s money’. Socialist economics clearly doesn’t work, and the abject state of the NUS is a case in point.