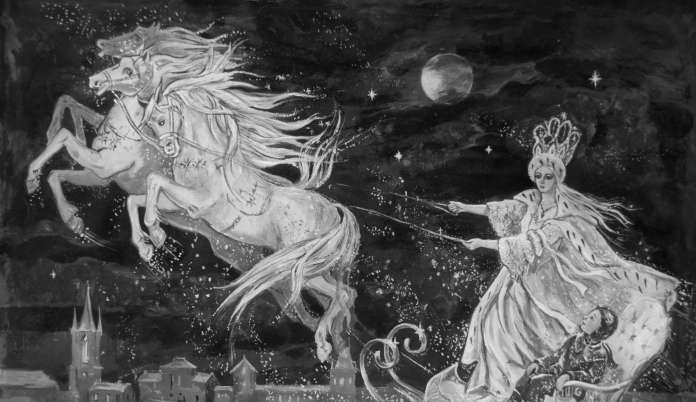 The rise and rise of one of David Cameron’s highest-flying women, Liz Truss, the MP for South West Norfolk, illustrates vividly the rot at the heart of the Tory regime.  She has emerged as an ideological Jekyll and Hyde, ruthlessly pursuing policies that are corroding some of the essential pillars of social conservatism.

First elected as an MP only in 2010, and promoted in June to the cabinet as Environment Secretary, she is now established – with Home Secretary Theresa May and Education Secretary Nicky Morgan – as one of a triumvirate of the most powerful women at the top of the Conservative tree.

On the one hand, she casts herself as a doughty champion of free enterprise – Britannia Unchained, her tub-thumping 2012 book on economics caused a stir when she accused British workers of being far lazier than their Asian counterparts – and higher school standards, especially in exams.

But on the other, she espouses and vigorously pursues a much deeper and worrying strand of negative policy ideas which are arguably the prime reasons why the Conservatives are losing support among their female heartlands, and are demonstrating that they totally incompetent in their exercise of power.

For example, Truss – despite (or perhaps because of) her strong belief in free enterprise – is one of the leading champions and architects of the UK’s  get-women-into-work-at all-or-any- cost  ‘childcare’ industry that has been a hallmark of Dave’s regime. In this fanatical Soviet-style drive, her fervour matches that of her Liberal Democrat Coalition chum Jo Swinson.

Truss’s vision is to drive tens of thousands of mums into the workplace because she believes it ‘liberates’ them and gives them ‘choice’.  Her period at the Department of Education from 2012 can thus be summed up as a disaster: the jettisoning by the Tories of Iain Duncan Smith’s passionate support, based on his Breakdown Britain agenda, of the family and of stay-at-home mums.

Kathy Gyngell and Laura Perrins (and others) have brilliantly covered on this blog why such policies are so at odds with basic Tory principles – I would simply add that it is clear that, very disturbingly,  Truss ardently supports George Osborne in his anti-child and anti-family agenda.

So a major dismantling of the family was the hallmark of her first period in office. Now she is at Environment and has taken over the doughty shoes of Owen Paterson, who is the only senior Conservative to have so far perceived that Dave’s green agenda is slowly but surely crippling UK competitiveness – and more immediately serious – is likely to lead in the very near future to rolling blackouts, with all the pain and misery that this involves.

Those of us with long memories recall clearly that one of the major nails in the coffin of Ted Heath’s 1970 Tory administration was that he allowed blackouts to happen as part of his half-hearted battle with Joe Gormley’s miners.

But Dave and his new Environment Commander-in-chief Ms Truss appear to be completely oblivious to the threat. They are still totally intent on ‘de-carbonising’ the UK economy in line with EU diktats and Ed Miliband’s 2008 Climate Change Act.

This means that not enough  power stations using the primary so-called fossil fuels are currently being built, and while the rest of the world is still using coal – the best and most efficient means of energy generation – we are spending billions on offshore wind, which report after report now shows is the least efficient.

Ms Truss was interviewed at the weekend by Andrew Neil about her new brief.  Be afraid, very afraid. What this miserable exchange shows is that Ms Truss, though very sure that ‘climate change’ is happening, has not got the first idea what is involved, or of the inevitable consequences of her rabid ‘climate change’ policies.

One commentator on the excellent Bishop Hill site summed her performance up:

“Turning virtually all conventional energy off, then relying on existing wind and more (limited) solar WILL close down UK plc. What she is proposing is not treason against the UK but it’s getting pretty close. (This is) the wilful degradation of the country through the planned destruction of its energy generation in the name of Green Totalitarianism.”

What is also evident from the Neil interview is that frankly, Ms Truss is not that able or adept. She was clearly out of her depth and was not properly briefed – some of what she said was utter tosh, and her evasions were at near-comical, squirm-making levels (of the type deployed by Russell Brand).

What also emerged was her sense of total self-rectitude. Irrespective of her sex, if this is what Mr Cameron thinks is the requisite ministerial ability, I shudder for my country.  Margaret Thatcher? She must be turning in her grave…