David Keighley: Leftie love-in Glastonbury tops even the World Cup for the BBC 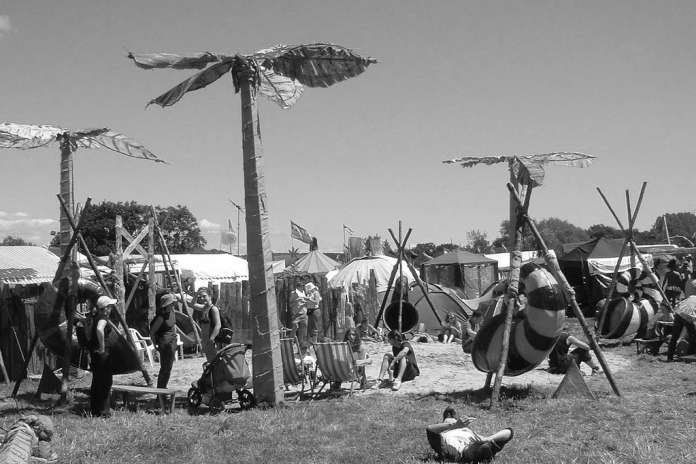 The BBC is set for its annual Glastonbury extravaganza we read. The headline of the week about our great broadcasting corporation is that they are sending 300 staff to cover the Glastonbury festival to deliver around 80 hours of coverage on their main channels on television and radio.

Heading the junket are those brilliant broadcasters Fearne Cotton and Lauren Laverne.  Several newspapers have focused on the story because the total is higher than the 272 being sent to cover the World Cup in Brazil.

Actually, the total at Glastonbury for the BBC is probably significantly more because almost certainly there will be a further freelancers and contractors supporting the Corporation presence.

This type of story is not really new. Back in 2009, it was noted, that there were more BBC workers at the festival than there had been at the Beijing Olympics the previous year, at an estimated cost to the corporation of £1.5m. What price today?

Those who usually attend include the BBC’s creative director Alan Yentob. He has held a reception for festival goers at licence-fee payers’ expense at his nearby Somerset home.

The BBC claims with customary intransigence that every one of their contingent is needed because this is a ‘major cultural event’.

Says who? Well, of course, the BBC itself. Over the years the corporation’s massive presence there has elevated awareness of the festival to stratospheric levels.

And why? The event actually accommodates just 135,000 people and costs £210 for a ticket, so it’s not exactly mass market. And this year’s headline acts – who include Dolly Parton and Robert Plant – are not exactly at the cutting edge of musical innovation or taste (though obviously enjoyed by many).

So the real reasons probably lie elsewhere. Is it that the BBC likes what Glastonbury stands for? The festival started life as an icon of the drug-taking counter-culture and the suspicion must be that in the BBC’s collective eyes remains at its centre. And – probably more crucially – it’s also a platform for charity sponsors who share the BBC’s values on issues such as climate change alarmism. One of them is Greenpeace, who tell us:

“This year there will be a new centrepiece the massive Aurora the giant polar bear!… a messenger from the Arctic reminding Festival goers that it’s an area under threat like never before. Attendees can hear her stories, and join in with the children’s workshops where everyone is welcome.

“All around the field are Greenpeace campaigners who can bring Festival goers up to date with their campaigns like the Arctic, giving the facts about things like fracking, flooding and even what’s behind the climate chaos that threatens us all.”

Major eco-activism is thus centrally on the agenda, including terrifying children and telling us that we are all going to die. That’s exactly the propaganda that the boys and girls at the BBC love spreading so much, and is endorsed at the highest levels.

This weekend, EU has announced a new health and safety law framework that, as many commentators note, will usher the dawn of both a Draconian new regime and severely further erode national sovereignty.

So what do the battalions of BBC news staff make of this alarming new development? On the BBC website, there’s not a peep.

This article was first published on News-Watch.

Share
Facebook
Twitter
Pinterest
WhatsApp
Previous articleKathy Gyngell: Oxford, the home of lost causes, gets it right at last – on drugs
Next articleLaura Perrins: Chickens home to roost. Start with celebrating diversity and end by banning the baby Jesus