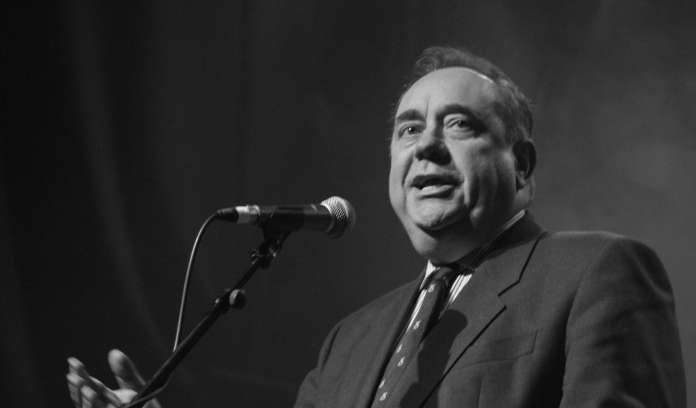 There were two winners in the 2015 General Election: in Scotland, the SNP; in England, the Conservatives.  Over the election campaign we witnessed the two parties find common interest in savaging the Labour and Liberal Democrat parties in a kind of unholy, but highly effective alliance. Today, now that battle is over, we are watching Alex Salmond open a second front to destroy the Union with his carefully orchestrated next move: “ Now, obviously the timing of any future referendum is a matter for the Scottish people first and foremost.”

The SNP leadership always knew that independence can best be achieved with a Conservative government in London.  There are many Scots who are reluctant to commit themselves to Scottish independence;  but hatred of the Tories is almost universal in Scotland and, unfortunately, has been ever since the time of Mrs Thatcher.  Asked why they favour independence, many Scots will say that it would at least mean that they would never again be ruled by English Conservatives. The appearance of another Conservative government in London, this time with a majority mandate for five years, is likely to move Scottish opinion, still uncertain, strongly towards independence.  The SNP leadership consequently did everything they could to make the Conservative victory more likely.

How could the SNP influence English and Welsh voters?  By raising the spectre of an SNP-Labour pact, which they knew would damage Labour prospects south of the border. Did they actually want to do a post-Election pact with Labour?  Almost certainly not. Political deals between opponents are done quietly.  They are not thrashed out in public.  The five-leader debate gave Nicola Sturgeon the opportunity for a public confrontation with Ed Miliband – she took it. When he refused to discuss even the possibility of an SNP-Labour agreement, she attacked him:

“The reality is this.  If on May 8th, there are more anti-Tory MPs than Tory MPs, then if we work together, we can lock David Cameron out of Downing Street.  So tell me tonight, is it the case that you would rather see David Cameron go back into Downing Street than work with the SNP?  Surely that cannot be your position, Ed?”

No politician hoping to work with an opponent would have spoken as she did. But she had, in a deliberate and carefully planned way, produced two reactions among English voters.  Firstly, to suggest that political logic would ensure that Miliband would inevitably have to work with the SNP, whatever his reluctance to frankly admit it. Secondly, by her bullying manner she had suggested that in any future partnership, the SNP would be in charge.  Both thoughts severely damaged Labour; both also helped the Tory vote.

The SNP leadership had considered the pros and cons of a partnership with Labour in the Commons and had decided against it.  But they knew that the more publicity that the idea received in England, the more votes would accrue to David Cameron; and probably English opinion would become anti-Scottish, which would inflame Scottish opinion further and favour their cause.

The SNP is a left-wing party, so a Labour-SNP alliance seemed an obvious possibility, given a hung parliament after the election.  Scottish opinion (outside the Scottish Labour Party) would not object to the alliance in principle, judging it simply by what it could deliver for Scotland.  In England, however, the alliance was  viewed with hostility and trepidation.  The Scottish independence campaign has made English opinion increasingly hostile to Scotland and particularly to the SNP.  The idea that the Labour leadership might come to an arrangement with the SNP damaged Labour prospects in England. English people felt that the resulting deal would be more favourable to Scotland than to England and would be damaging to the Union, in which they believe.  In view of the SNP’s target of Scottish independence, some might have viewed it, not unreasonably, as treason.

The effect of the SNP’s contribution to the election campaign has been to rouse the sleeping English lion.  And the lion votes Conservative.  But it will be the responsibility of the new Conservative government to act in the interests of the United Kingdom as a whole.  The Scottish people have been offered independence and have wisely decided against it. That, at least for the next five years, must be the end of the matter.