Cut the cord to Europe – it’s the only plan left 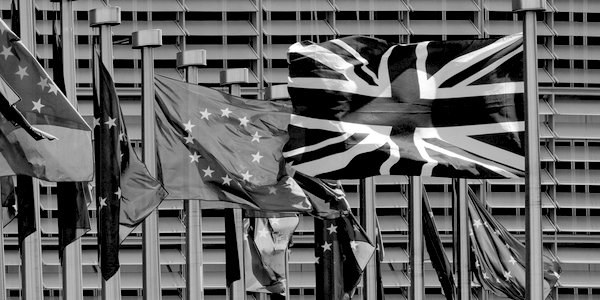 The Brexit referendum was about the nation state taking back control from Brussels. Somehow that indisputable fact has been driven from the public ‘debate’, but it might be worth refocusing as Mrs May returns to the UK after another round of softening up by the EU leaders.

The clearly co-ordinated attack on a clean Brexit by ‘business’, some French-owned and heavily subsidised by the UK, has pushed the issue of political self determination, or taking back control, off the headlines. Project Fear has had yet another reincarnation, from the Treasury and Messrs Hammond and Clark, both Remainers to the core. We all know this, but why, we might ask, are Remainers so happy to give away national sovereignty and control to Brussels? This has always been the mystery to the commonsense majority of the UK, whose families down the generations have prized the independence of the UK as a democratic state.

We do know that the Remainer constituency has used the strategy of covering up this slow-motion coup. They knew it would be fiercely rejected by a fair democratic vote, so they lied to us for decades with false reassurances that we were not really ceding permanently vast chunks of sovereignty. This is incontestable, see FCO 30/1048: Heath and his successors lied to the public. Geoffrey Howe’s attack on Margaret Thatcher in the Commons, which led to her replacement by a political and economic lightweight, repeated the lie that ceding sovereignty was no bad thing and would not lessen the UK as a free nation state; all would be well. At one point he said: ‘We commit a serious error if we think always in terms of “surrendering” sovereignty and seek to stand pat for all time on a given deal – by proclaiming, as the Prime Minister did two weeks ago, that we have “surrendered enough”.’

He said that in 1990 and the ceding of sovereignty went on, and on.

This managerial political orientation does not value the nation state, and is happy to give away Parliamentary democratic accountability to chums in grey suits in Brussels. I have never discovered the reason for this political choice, nor has it been argued to the voters. It seems to be like a Masonic or religious assumption, obvious to the initiates but terrible to outsiders. Especially in the light of developments in Greece and Italy, there is plenty of counter-evidence that losing control of your state to EU commissioners is a disaster. If the UK had joined the euro we would have been similarly degraded and suffocated for the good of the Brussels Comintern.

Unfortunately Mrs May and her brilliant cadre of civil servants seem to be of the Geoffrey Howe mindset in setting light to political self-determination, since they are now pursuing a single market agreement with the EU. As Juliet Samuel in her scintillating Telegraph articles has pointed out, this means submitting to EU governance, and to think otherwise is dangerous fantasy.

The brilliant Ambrose Evans-Pritchard has recently given his analysis of where Mrs May is taking us: that is to the situation of France in 1940 without the violent military occupation but under a kind of virtual control politically and economically. When asked in the Commons how the UK would not become a vassal state, David Davis resorted to laughing. But this is the trajectory we are on, and the EU states are clearly enjoying the cage that this government has agreed to enter. Evans-Pritchard suggests one move alone can save us from being a Vichy state, unilateral free trade. To quote him: ‘We should not negotiate at all with people who have demonstrated an intent to harm us. The only way to achieve this safely at such a late stage is to rip down our entire tariff wall and declare unilateral free trade from March 2019. There should be a five-year carve-out for agriculture. It would change the global narrative of Brexit overnight. It would cut through the Gordian knot of Ireland. If there were a hard border it would be erected on the orders of the EU, on one side only. If the EU refused to entertain a hi-tech “MaxFac” and “trusted trader” scheme for intra-Irish trade – and a waiver for the 80 per cent of small business traffic – it would be on their heads. Unilateral free trade would eliminate the worry over long queues at Dover. The queues would be in Calais, and the EU side would suffer the opprobrium of chaos, and the reproaches of European companies with broken supply chains. The presumption that it would lead to a flood of cheap goods and wipe out British industry is unscientific. Average tariffs are just 1.6 per cent.’

Professor Patrick Minford, yet another far better economist than any in the inexperienced pool in Whitehall, has also suggested this simple and bold move.

So this is a plan. It would save our national sovereignty which this government has put in hazard, in collusion with the Geoffrey Howe Remainer faction which cares nothing about sovereignty at all, we now know. Why is the Brexiteer faction of MPs not setting out just such a plan to the public, who are otherwise about to be bounced into vassaldom, by an incompetent or devious administration? MPs such as John Redwood on their websites do try to assure us that the Remainer drive to remain under EU controls is not inevitable, that WTO arrangements are available, that there will not be queues at Dover. But an Evans-Pritchard/Minford plan is needed for the public now, to pre-empt the endgame of Mrs May and her chief adviser on Europe Olly Robbins’s fatalistic surrender to the EU protection racketeers. See also Matt Ridley on this Remainer ploy.

There is still this option to cut free from the tentacles. If political self-determination is what Brexit voters voted for, it has surely to be seized, not the option of France 1940. Is there a wealthy Leaver who could fund publication of this plan to get it launched into the public forum, prior to Mrs May’s inevitable Quisling destiny for us? After all, George Soros is funding Remainer stunts week in, week out.