Corruption and double standards behind plot to impeach Trump 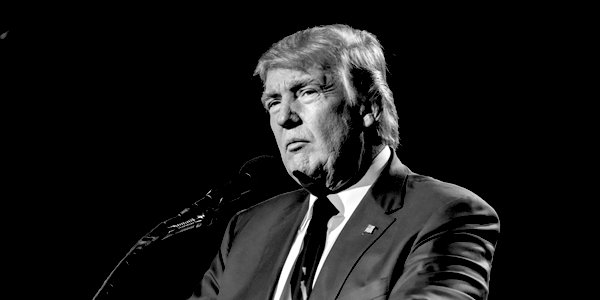 EVERY so often Jon Sopel or Nick Bryant will pop up on our TV screens. Against a background of the White House or the UN building they will solemnly assure us that the impeachment of President Trump draws ever closer.

If the BBC were the only provider of news we could be forgiven for assuming Trump’s removal from office was inevitable. Scary Orange Man would be removed to the sound of champagne corks popping in the corridors of Broadcasting House. The picture, however, is not quite as clear as Sopel et al make out.

Following a vote in the House, in which all the Democrats bar two voted to impeach and all the Republicans voted against impeachment, the inquiry that could see the president eventually removed from office is under way. Speaker Nancy Pelosi’s designation of noted Trump-hater Adam Schiff to head the investigation demonstrates how seriously we should take her pledge to make the inquiry bipartisan.

The establishment’s attempted coup against the sitting president is now entering its end game. The stakes are high. Either Trump is impeached and removed from office or the establishment ends up exposed as corrupt and duplicitous elitists willing to go to any lengths to overturn an election result they have never accepted.

‘Treason, Bribery, or other high Crimes and Misdemeanours’. These are the offences designated in the US Constitution for which presidents may be impeached and removed from office.

Mr Trump is accused of an impeachable offence by pressuring Ukraine’s President Volodymyr Zelensky to dig up damaging information on a political rival.

In July, Trump telephoned the Ukrainian President and urged him to investigate the activities in Ukraine of Senator Joe Biden, one of the frontrunners to become the Democrat candidate in next year’s presidential election. As it is illegal to ask foreign entities to interfere in a US election this is an impeachable offence.

The essence of Trump’s alleged crime was that the self-styled ‘greatest deal-maker in the world’ tried to make a deal. It is alleged that he passed word to incoming Ukrainian President Volodymyr Zelensky that unless he held a press conference announcing an investigation of Joe Biden and his son Hunter, then Ukraine would not get arms America had promised, nor the Oval Office meeting that Zelensky requested.

According to his accusers, by doing this the President imperilled America’s ‘national security’ by delaying, for his own political purposes, the transfer of much-needed lethal military aid and Javelin tank-killing missiles to Ukraine, a US ally.

Unfortunately for the coup organisers attempting to get rid of Trump, the alleged crime had no outcome. Zelensky did not hold the press conference Trump demanded. Neither did Zelensky announce that Ukraine was going to investigate Joe Biden’s activities in Ukraine. Nevertheless, Zylensky did get his meeting with the President in the Oval Office and more importantly Ukraine received $400million in arms sales and the Javelin missiles.

The ‘high crime and misdemeanour’ seems to have been one very ineffective telephone call by the supposed master of the deal.

Or was this something else, an attempt through Zelensky to raise in the public domain questions as to how Hunter Biden got a $50,000-a-month seat on the board of the most corrupt company in Ukraine, days after Joe Biden was in Kiev threatening to block a $1billion loan guarantee to the regime? Although he had a seat on the board, Hunter never visited Ukraine on business.

If Zelensky had agreed to launch an investigation into how Hunter Biden, with no experience in the energy industry, got his deal, would that have been an impeachable offence? The President of the US surely has a right to put anti-corruption conditions on its foreign aid and to seek guarantees that American taxpayers’ money is not used to line the pockets of grafters.

Protecting taxpayers’ money in this way is what Joe Biden claims he was doing. Biden put pressure on Ukraine to fire General Viktor Shokin, a high-ranking and allegedly corrupt prosecutor. To do so Biden refused to approve a $1billion loan guarantee to the previous Ukrainian regime on anti-corruption grounds.

General Shokin had launched an investigation of the Ukrainian energy company Burisma. At this time Hunter Biden was working on the board of Burisma Holdings as a legal adviser. Hunter, who had no experience of the Ukraine and only months previously had been discharged from the US Navy Reserve after testing positive for cocaine, got the job on the strength of his name.

Joe Biden claimed that he ‘never discussed the matter’ with Hunter and that he ‘learned of his son’s role with the Ukrainian energy company from news reports’. If Trump is impeached for using his power for personal reasons there are surely equally reasonable grounds to investigate Joe Biden’s actions whilst vice president.

Whistle-blowers who were listening in on Trump’s phone call with Zelensky have gone public asserting that withholding the arms transfer to Kiev imperilled America’s national security. In this they are supported by Democrat politicians.

Democrat president Obama refused to send lethal military aid or tank-killing Javelin missiles to Ukraine in case those arms escalated a war between Russia and Ukraine that Kiev could not win. If, as the Democrats claim, Trump imperilled America’s national security by merely delaying the transfer of the weapons, was not Obama guilty of a greater crime against US national security by denying the weapons to Ukraine altogether?

Although Sopel et al are loath to admit it there are usually at least two sides to any story. When we look into the story of Trump’s impeachment we find evidence pointing to corruption and double standards amongst the anti-Trump plotters. This story still has a long way to run and the BBC should keep the champagne on ice.