NewsPaperthe art of publishing
Home COVID-19 Coronavirus: have we learnt nothing?
0

Coronavirus: have we learnt nothing? 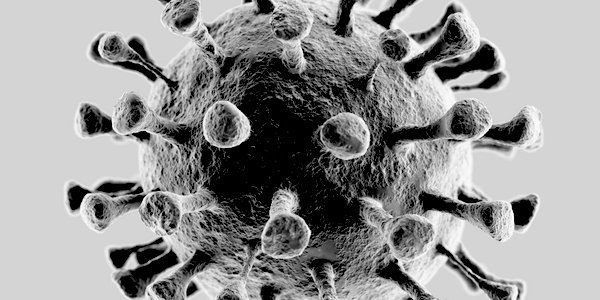 IN THE days before one of the many reorganisations of the NHS, investigation of notifiable diseases was a local authority function, and public health inspectors (later to become environmental health officers) were often in the front line.

As a student public health inspector in the early 70s, I received formal training in the theory of epidemiology and the control of communicable diseases – more intensive than medical doctors received. I topped up my knowledge by being involved in the practicalities of real-life outbreak investigation and control.

Studying for my PhD on the public sector investigation of salmonella food poisoning didn’t hurt. Not only did I learn a lot more about epidemiology, I also gained probably a unique insight into how the infectious disease control system in the UK worked, and a fair idea of some foreign systems, as I used those as a comparator.

I was involved practically and politically in the salmonella and listeria scares of the 80s and 90s, and then in BSE/CJD, with E. coli O157 and also the foot and mouth outbreak of 2001, writing extensively about all these episodes, including a short history of the Aberdeen typhoid outbreak. I also worked in hospitals on cross-infection programmes, doing field trials for a start-up company which had invented an innovative disinfection system.

Thus, I think I have a reasonable appreciation of control mechanisms relating to communicable diseases, and a better-than-average understanding of public health politics at a national and European level.

As a result, I have to say that I have rarely been impressed with official endeavours to control disease, and the political treatment of epidemics has, in my view, generally been lamentable.

One of the most notable in recent times was the 2001 foot and mouth outbreak where in the considered view of many, including myself, millions of animals were needlessly destroyed (much of the destruction directed by epidemiologists using unproven computer models), leading to obscenities such as the mass burial of half a million sheep in pits at Great Orton airfield in Cumbria – most of the animals having been healthy before slaughter.

I took the photograph illustrated (see here) at the height of the outbreak, with myself and Pete perched precariously in a cherry-picker which an enterprising farmer was hiring out to journalists and snappers as one of the few ways they could get to see over the boundary screens and find out what was going on. And it is only by seeing that one can begin to appreciate the scale of the slaughter.

And here we are nearly twenty years later, it seems, with the government planning to repeat the same ghastly process, presiding over another great but avoidable carnage. This time, though, the victims are to be human, some half-a-million of (mainly) the elderly and the sick.

The progenitor of this obscenity is Prime Minister Johnson, aided and abetted by his two stooges, chief medical officer for England Chris Whitty and Patrick Vallance, chief scientific adviser, together with a cast of unknowns, undoubtedly all under the malign influence of the Rasputin-like figure of Dominic Cummings.

Collectively, this group is embarked on a strategy for dealing with the current epidemic of Covid-19 in what could be described as a unique and innovative way or, more prosaically, by adopting such staggeringly inept methodology that it only just falls short of premeditated mass murder.

To set the background, one must look at the standard and well-rehearsed procedure for dealing with outbreaks of infectious disease, especially those where vaccination is not available, as is the case here.

The first and urgent need is the rapid identification (and confirmation) of the sources of infection. In this case, the primary sources (barring some zoonotic source which is presumably long gone) are human beings.

These must be isolated from the population until they have ceased to shed the infective virus. But, bearing in mind that these people may have infected others before being removed from the infection chain, one must carry out a rapid process of contact tracing, with testing to establish whether they have been infected, and isolation of those who are infective.

Much of this neutralising is achieved by isolating actual and potential sources of infection. Otherwise, measures include minimising human contact – which will mean banning public gatherings – the use of face masks, concurrent cleaning and disinfection of potentially contaminated surfaces, the use of barrier clothing and enhanced personal hygiene.

As we have seen in Wuhan and elsewhere, all these things, pursued rapidly and aggressively, will bring an epidemic under control, even if the emphasis on which specific controls to use may vary from place to place.

But rather than adopt the tried and tested methodology, Johnson and his team have chosen to step outside the established framework and rely on minimal intervention. The government put its faith initially in the single control of enhanced hand-washing, on the flawed assumption that the primary mode of spread is direct contact with an infected person or contaminated surface.

Only latterly has the government decided to move to voluntary, self-isolation of all people with flu-like symptoms – a fever above 37.8 C or a persistent cough – for seven days (less than half the period of potential infectivity), with no testing and no contact-tracing.

Not in any conceivable way can the measures proposed succeed in bringing this epidemic under control, with cases doubling every four days. It is extremely debatable whether this approach can even delay the rise in cases, aiming for ‘flattening the curve’ – something never tried before in the entire history of public health.

And when finally the government has moved to banning mass gatherings, this has happened only because so many sports and other private enterprises have taken matters into their own hands, making this a significant U-turn by Downing Street.

Latterly, though, we discover from chief scientific adviser Vallance that the only aim is to reduce the peak of the epidemic, rather than bring it under control. This has the theoretical but unproven aim of reducing pressure on healthcare systems.

Yet we are given to understand that this is aimed at protecting the most vulnerable people while the virus spreads through the general population. The approach, we are told, ‘would help build up herd immunity as people recover from the disease and become immune, reducing transmission’.

Yet, in the first instance, since there are no official moves physically to distance vulnerable people from potential sources of infection, it is difficult to see how government policy can be construed as protecting them. At that level, what Vallance is saying simply doesn’t make sense.

As to building up ‘herd immunity’, in the context of modern techniques for controlling epidemics caused by novel pathogens (for which there are no vaccines) this is almost a throwback to the Middle Ages.

Without vaccination, in order to achieve herd immunity one relies on the response of people exposed to the new pathogen: some get ill and die. Others get ill and recover, and thereby acquire a level of immunity. Others who are exposed don’t get ill but nevertheless acquire some immunity. Under some circumstances, mothers pass on their immunity to their children.

At a point where the immunity of the survivors reaches a certain level, the pathogen runs out of an easily accessible supply of fresh meat and the epidemic peters out.

However, over time, as acquired immunity declines and new humans are born who lack immunity, the herd immunity declines. When the pathogen is reintroduced (via any one of a number of mechanisms) another epidemic erupts. In between, there may be small outcrops of the disease, but it doesn’t spread to become an epidemic. The disease is then said to be endemic.

In this, one needs to be aware of the definition of ‘epidemic’. This is an incidence of a disease above that expected. If the expectation is zero, theoretically one case is an epidemic. If the disease is endemic, and there is a constant background of disease, it only becomes epidemic when the incidence rises above the background level.

This explains why epidemics such as the Black Death were cyclical. The plague never completely went away. It simply cycled through endemic to epidemic and back again.

The crucial point here, though, is that to achieve herd immunity anything up to 80 per cent of the population must have acquired a level of immunity – in effect requiring as many as 50million people in the UK to be exposed to the virus.

Assuming a fairly conservative death rate of 1 per cent of those exposed to the virus, the government is conspiring, as a matter of public policy, to engineer the deaths of at least half a million of its citizens. Given that there are no systematic plans for treating large numbers of very ill people, the death rate will almost certainly be higher.

The only thing substantially different from 2001 is that, so far, there are no mass graves being excavated. But it may even come to that.

This article first appeared in EUReferendum.com on March 14, 2020, and is republished by kind permission.

Richard North
Dr Richard North is a self-employed political researcher/analyst and co-author, with Christopher Booker, of The Great Deception – the definitive history of the EU.