NewsPaperthe art of publishing
Home News Come on, you Leavers, stop faffing about
0

Come on, you Leavers, stop faffing about 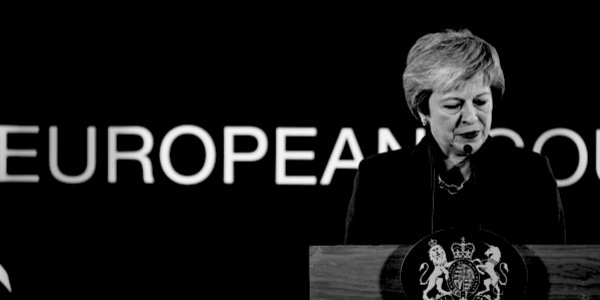 MRS May’s ‘improved’ version of the worst deal in history was massively defeated last night to the surprise of no one, which rather makes you wonder why the Maybot bothered. Either she has some as yet undisclosed cunning plan, or she and her close advisers are now so detached from reality and caught up in groupthink that they actually believed they had solved the problems. As any student of history will tell you, as fast as one can solve Irish problems the problem changes.

So ceteris being paribus we’re leaving with no deal on the 29th of this month. Of course, there are further votes coming, centred on firstly taking no deal off the table and secondly extending the deadline. Prior to that we have Spreadsheet Phil’s Spring Statement. He is widely expected to spread doom and gloom should we leave with no deal which, as is not routine in Westminster and Whitehall, ignores two facts. Firstly the economy is doing rather well (as the Bank of England reports) and secondly Spreadsheet was elected on a manifesto that committed to Brexit, and no deal was always a logical possibility. If the country’s economy is so ill-prepared then Phil should be resigning (sacking the wretch seems to be beyond the Maybot).

Removing the no-deal option undermines the UK’s negotiation position. The EU do not want no deal, as that poses an existential threat to them. It is masterful of Kitten Heels and Oily Robbins not to have noticed that – but that’s the joy of ‘professional’ politicians and over-promoted civil servants: they have no experience of real commercial life. Quite what sort of deal could be thrashed out in the few remaining days (and analysed, and approved) is an open question. If the starting point is the current twice-rejected May deal, I’m not optimistic.

It also turns us into a victim if the EU walks away from the deal saying it’s the Maybot’s deal or nothing. Very woke and contemporary, but with the EU’s ‘useful idiots’ in the BBC and at Westminster the Maybot deal could yet have its day. That would also tee up the current parties for a general election where they could both claim to have delivered Brexit. If they can’t make that claim and the Brexit Party actually manages to set itself up without imploding they face electoral Armageddon.

The second strand is extension of the Article 50 process, being advanced with varying degrees of fervour by Jezza, the Blairite Tiggers and all the usual Remainers. As always, when confronted with a tough choice, third-raters (of whom we are blessed with an abundance in Westminster and Whitehall) choose delay. There are some technical problems – UK politicians can’t stand for the European Parliament unless Article 50 is rescinded, and if we don’t have MEPs we can’t be part of the EU. Also any extension requires unanimity among the EU27, who are likely to play hardball.

Which means that Westminster may be about to vote for a policy to hand over control of our exit process to the very organisation that we are trying to leave. If I were a senior Leaver I would stop faffing about on an idiotic walk from Sunderland to London, jump on a train and do my job by appointing a lawyer to establish whether it is constitutionally possible for a ‘meaningful vote’ to hand over the leave process to EU. But that would require someone better than third-rate.