NewsPaperthe art of publishing
Home News Classroom ban on the smartphone drug. What took them so long?
0

Classroom ban on the smartphone drug. What took them so long? 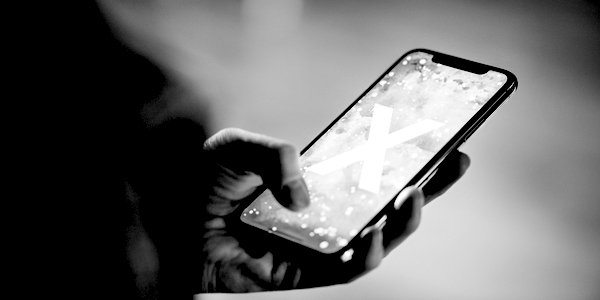 THE Department for Education is recommending that a hyper-addictive and mind-changing drug should be banned in the classroom.

The drug to which I refer is, of course, the ubiquitous smartphone. Its use has the same physiological, pleasure-giving impact on the brain as cocaine.

The brains of children are particularly malleable and we do not know, yet, what will be the long-term effect on them of digital addiction. Teachers talk of reduced concentration levels amongst pupils and of poorer interpersonal skills. The evidence, though, remains anecdotal.

Concern about mental health, and its link to social media via the smartphone, is less theoretical and is at the heart of rising panic, certainly within the media and amongst politicians. The government’s new advice to schools is, in part, a consequence of this frenzy of concern.

Why, it should be asked, has it taken so long for the education department to draw up some guidelines for schools? The dangers have been apparent for at least a decade. We had already moved a long way towards a childhood and classroom dystopia when eminent British neuroscientist Baroness Susan Greenfield, former director of the Royal Institution of Great Britain, sounded a belated red alert with her insightful book, Mind Change: How digital technologies are leaving their mark on our brains (2014).

Other governments around the world have been less tardy in recognising the dangers of addiction to smartphones. The French government, for example, has placed an outright ban on their use in primary and middle schools, covering pupils up to the age of fifteen. ‘Being open to technologies of the future doesn’t mean we have to accept all their uses,’ education minister Jean-Michel Blanquer told the French National Assembly.

More telling, perhaps, has been the decision of an increasing number of computer company bosses in California’s Silicon Valley to send their own children to Waldorf schools. Why? These are schools that either ban or severely restrict access to digital technology.

A Sunday Times article headed ‘Why the Silicon Valley titans who got our kids addicted to screens are sending their own children to tech‑free Waldorf schools’ said: ‘The tech elite in America are paying up to $40,000 a year to send their children to schools that enforce a back-to-basics approach.’

When drug-pushers are keeping their own kids well clear of the daily classroom dose, we know there is a problem. When ‘good’ morphine becomes ‘bad’ heroin, something has gone seriously wrong. It is the same with digital technologies. The price of the benefits they bring is, sometimes, too high.

It has taken a while for the penny to drop but our government has finally woken up to a smartphone addiction crisis. Now we need a complete classroom ban on their use. The alternative is likely to be a generation of digital junkies, emotionally retarded and educationally impoverished, depleted, drained and diminished by the new pleasure drug – the Brave New World of Aldous Huxley’s masterpiece.