NewsPaperthe art of publishing
Home News Chris McGovern: Russell Brand and a rapper. Is this Gove's idea of...
2

Chris McGovern: Russell Brand and a rapper. Is this Gove’s idea of academic rigour? 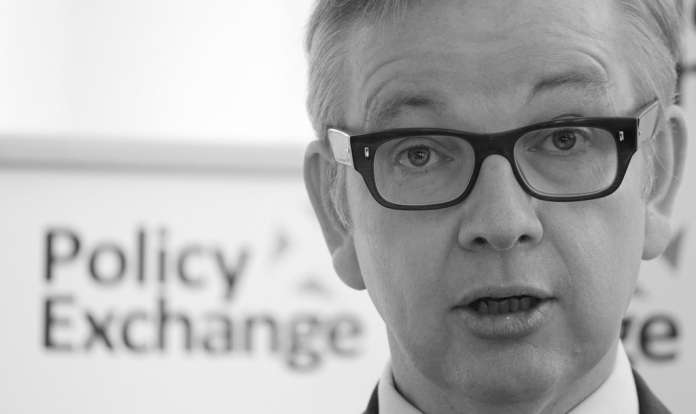 As part of the coalition Government’s education reforms we have been promised A-Levels with more rigour, more depth and more challenge. New, ‘tougher’ subject criteria are now being translated into examination syllabuses.

One of the first of these, from the Oxford, Cambridge and RSA board, shows a clear direction of travel.

True, some literary ‘giants’, including Shakespeare, are included too, but the driving force is clearly what educationalists see as ‘accessibility’ and ‘relevance’. Where hard choices have to be made, it is celebrity culture that comes out on top.

There may be some good reasons to read Russell Brand’s views on drugs but it is difficult to see that they should be part of a syllabus for ‘advanced level’ English.

Education Secretary, Michael Gove, is a self-confessed fan of certain rap music but, surely, does not wish to see an interview with rapper Dizzee Rascall as another A-Level ‘set text’.

However, the exam board concerned is claiming that its Brand-Rascall syllabus will set “a new gold standard to transform the A-Level into a more valuable, distinctive qualification.”

They are the experts and they know what is best for our youngsters. In any case, they are simply implementing the examination criteria that that they have been given by a non-ministerial government department known as the “Office of Qualifications and Examinations Regulation” (Ofqual).

The criteria require English syllabuses to show a wide “range of spoken and written texts from different times”. Hence, apparently, the “Secret Footballer” can sit comfortably alongside William Blake and Charlotte Bronte.

The criteria also state that the “texts and materials studied” are required to “provide sufficient challenge to merit serious consideration”.

The selection of ‘celeb’ texts are an insight into what is now considered as challenging. It, also, gives us a clear illustration of the extent to which examinations are in the grip of the education establishment.

The new syllabus for A-Level English is one small indicator that, for all the talk of reform in education, for all the tinkering with organisational structures, not a great deal is likely to change in the classroom.

A transcript of the ‘on-air’ baiting and bullying of Andrew Sachs of “Fawlty Towers” fame, by Russell Brand and Jonathan Ross, has already been used for GCSE English lessons.

“Mogadishu”, a powerful drama set in the immediacy of a London secondary school is seen as suitable for 14 year-olds GCSE pupils although it contains hundreds of obscenities and deals with disturbing themes including homophobia, racism and suicide. On BBC it was not broadcast until well after the 9 o’clock watershed.

Everything that this Government has fought for in terms of raising educational standards will stand or fall on the quality of public examinations. Like it or not, teachers teach to the test.

Exam syllabuses and exam papers are the only really effective way of impacting what goes on in the classroom. This is the battle that really counts in education. This is the big battle. This is Mr Gove’s Waterloo moment!