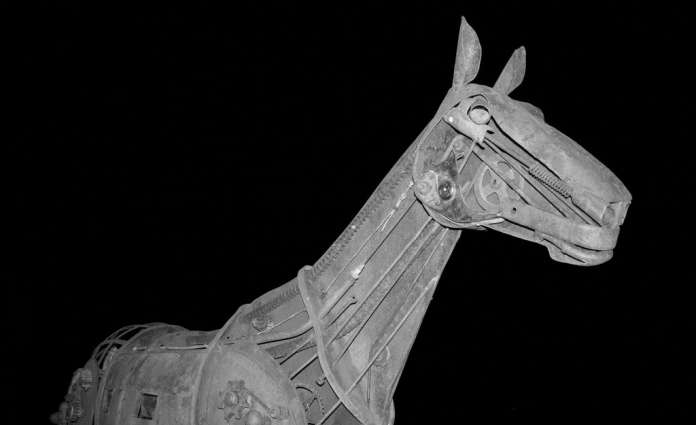 “I found clear evidence that there are a number of people, associated with each other and in positions of influence in schools and governing bodies, who espouse, sympathise with or fail to challenge extremist views.”

These damning words constitute an important conclusion of Peter Clarke’s report on the ‘Trojan Horse’ debate about a number of schools in my home city of Birmingham.

The whole affair seems to have come as something of a shock to our political leaders at both a national and at a local level. They seem quite incapable of understanding how such a state of affairs can have come about. Furthermore, they seem totally oblivious of their own culpability.

For too long, our governments have been presiding over and endorsing a culture of ‘political correctness’ in schools. This culture has developed into a form of liberal fascism, enforced by the educational establishment. Amongst other matters, it requires adherence to ‘moral and value relativism’. Such idealism is easily hi-jacked by extremists and this appears to have been the case in Birmingham.

The Clarke Report points out, for example, the “total lack of challenge to any views, however intolerant or obnoxious” that defined the “attitudes and mindset of a group of teachers within the Park View Educational Trust” in Birmingham.

Our political leaders, not least at a local level, are afraid of standing up against the tide of political correctness that is flowing through our education system. The educational establishment, the Blob, can seem a formidable opponent. ‘Thought control’ is its speciality and the threat of branding potential opponents as ‘racist’, one of its most potent weapons.

Birmingham City Council clearly succumbed to this fear. Extremists, of course, have nothing but contempt for the shallow idealism of the Blob. The educational establishment is full of those whom Lenin is reputed to have labelled “useful idiots” with reference to pro-communist liberal intellectuals in the West who backed his revolution in Russia.

In the ‘Trojan Horse’ affair the “useful idiots” are the politically correct zealots who run and implement our education system.

Islamic extremism in Birmingham schools may be hitting the headlines but some fairly dubious ideas have been circulating in our schools for a long time. A few years ago, for example, in a publication for Civitas, I highlighted a GCSE teaching pack entitled “World Terrorism since 9/11/01”.

It was published online by the highly influential “Schools History Project” as part of a GCSE exam course. Through 13 sources, terrorists and their victims were presented as having, broadly speaking, equal points of view – ‘value relativism’. Osama Bin Laden was covered by two extracts of his own words, ‘balanced’ by a few neutral lines of biography and by a copy of an FBI wanted posted for him. Of the other 9 sources, two were pro-USA, two were pro-Bin Laden and 4 were neutral.

The final source provided 16 quotations from the the world’s press on the third anniversary of 9/11. Eight of these came from the Islamic World and were, largely, hostile to the West. The other eight were from Europe and Asia. Five of them were critical of the USA. The US press was not represented.

The exposure of an extremist Islamic agenda in some Birmingham schools has set alarm bells ringing. Perhaps, Government should also pay some attention to what is being taught more widely in our classrooms in the name of ‘value relativism’. The ‘Trojan Horse’ issue is a symptom, not a cause, of a ‘learning’ revolution that has been taking place in our schools for some time