NewsPaperthe art of publishing
Home News Chris McGovern: Most of our sixth-formers are not suited to university....
14

Chris McGovern: Most of our sixth-formers are not suited to university. We should scrap Blair’s batty target now 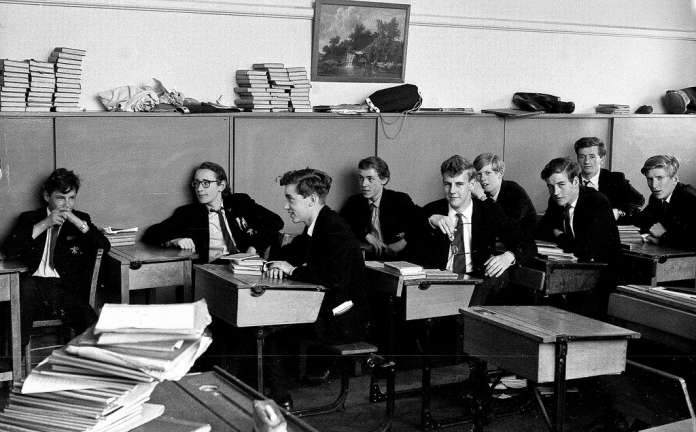 More youngsters than ever are expected to commence university courses this autumn. Universities are now permitted to recruit as many sixth-formers with ABB grades as they wish.

With annual tuition fees at £9000 there is a clear financial incentive to have crowded campuses. So-called ‘high tariff’ universities will certainly ‘hoover up’ the better-qualified candidates. Less prestigious institutions will be lowering the entry bar to ensure that they do not miss out on the cash.

The Sunday Times has gone as far as claiming that: “Universities will accept ‘anyone’ to fill extra places.” It reports that generous recruitment incentives are on offer including, “everything from fee waivers to free gym membership, cheap accommodation and iPads”.

One cannot help feeling sorry for the recruitment fodder, the sixth-formers, in this rush to expand universities. Tony Blair set a target for higher education back in 2001 and it has now become ‘holy writ’ for all of our political leaders:

“We believe there is no greater ambition for Britain than to see a steadily rising proportion gain the huge benefits of a university education as school standards rise, meeting our goal of 50 per cent of young adults progressing to higher education by 2010,” Blair said.

Blair’s argument that universities should expand, as “school standards rise”, was logical but based on a contentious premise. We now know that, relative to other countries at least, educational standards in the UK have fallen badly. Many employers claim that standards have also fallen in absolute terms.

Nicky Morgan, the new Education Secretary, has admitted as much in an article for The Daily Telegraph: “Before this Government came to office, ministers trumpeted ever-higher grades and pass rates, while standards were allowed to fall.”  She has conveniently forgotten that, pre-Blair, Tory education ministers were blowing the very same trumpet.

Last month, at a gathering of leading figures from the world of higher education, hosted by the Westminster Education Forum, I shared a platform with Professor Les Ebdon, the Government’s university access czar. His “National Strategy” is unquestioning of the benefits of higher education: “It enriches the lives of individual students, opening the door to rewarding careers and enhancing physical and mental wellbeing.”  Such claims play well with an audience that has a vested interest in expanding higher education. In response, I pointed out some inconvenient truths from recent surveys:

In the interests of ‘balance’ I, also, pointed out that, in China, almost 50 per cent of 2013 graduates have been able to find graduate level jobs.

Are we selling our youngsters short by encouraging them to incur large debts in order to go to university? Who really benefits from more and more university expansion?

In Switzerland, only around 20 per cent of youngsters pursue academic courses at university and around 80 per cent  follow a vocational pathway. With unemployment running at only 3 per cent, the Swiss is a successful model from which we can learn. For most school leavers, higher education should mean vocational courses.

Totaljobs.com reports that almost half of all recent graduates wished they had steered clear of academic courses, opting for “something more vocational”, instead. Our political leaders need to listen and to move on from Blair’s misguided dogma. They could make a start by restoring polytechnics.

Share
Facebook
Twitter
Pinterest
WhatsApp
Previous articleNick Wood: The trouble with America is that it is not imperialist enough
Next articleKathy Gyngell: John Simpson saw off the Taliban but the BBC women are a tougher proposition