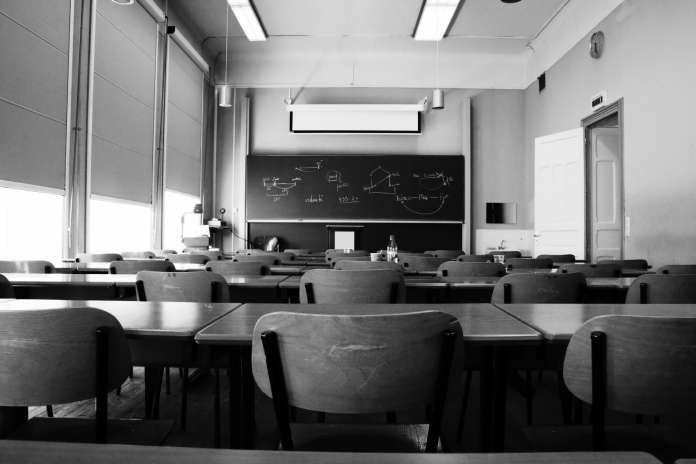 Readers of these headlines should not be misled into thinking I am only having a laugh. Remarkably, the statistical improvement in public examination results in recent decades justifies the hype and self-congratulation. The improvement data lauded by successive government are not fictional. They are real. And that, of course, is the problem.

So much for the good news! And woe betide those who wish to belittle the achievement of hard-working young people by suggesting that the grades they achieved might not be all they seem.

In truth, however, there are worse setbacks in life than being over-graded. The ‘good guys’ in this story are not from the educational establishment, the ‘Blob’, offering the broad smile and the congratulatory slap on the back to those they are defrauding. As most children understand, the ‘good guys’ are the ones who tell the truth. Receiving a Weimar-style devalued exam currency certificate does not get you far in the real world.

The National Recognition Information Centre (NARIC) is the official European body charged with comparing qualifications across the world. It concludes that GCSE and A-Levels are two grades easier than equivalent exams in Hong Kong. How many prospective employers are going to choose the applicant with the ‘fake’ pass grades? Too many of our school leavers are entering a global jobs market with qualifications that are sub-standard, a debased UK currency.

A new study from the Centre Forum think-tank spells out the extent to which our younger generation has been betrayed. It reports that new, supposedly more rigorous, GCSEs currently being taught in schools are likely to have a much lower pass rate. Last summer’s 58 per cent with an A* – C pass rate in both English and maths could fall to 35 per cent.

Time will tell whether the new GCSE currency really is pegged to that of exams in the ‘gold standard’ Asia-Pacific region. Not all the omens regarding a restoration of rigour in public exams are propitious. Saturday’s Telegraph reported concern from the University Council of Modern Languages. Its chairman commented on a draft GCSE French foundation paper from the AQA board:

“The question was in English and it said, ‘You’re going to the shops, so write yourself a list of the items of fruit you’ve got to buy.’ … that’s ridiculous. It’s Year 7 [11-12 year olds] material.”

Nor can we feel entirely reassured that the new exams will reflect what the government describe as a more demanding school curriculum. The former schools’ minster, Liz Truss, told the Conservative Party Conference last October that:

“Thanks to our new rigorous national curriculum children will be learning about where food comes from and the proper names of trees and animals.”

Aside from their naivety and lack of understanding, the problem for ministers is that many of the people who have overseen or been responsible for the betrayal of our children are still in charge. Reforming the exam system should not be a job creation scheme for the education industry, for those who have failed children by causing the dumbing down in the first place.

If it turns out that, in the future, our exam standards and our pass rates do, indeed, measure up to the best in the world we will have genuine cause for celebratory headlines…but don’t bet on it!