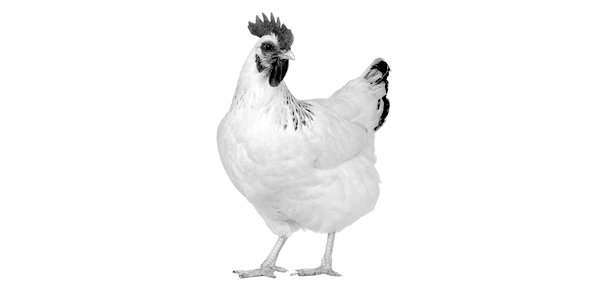 THE agricultural dimension to Brexit is perhaps the least mentioned by the mainstream media. It is a black hole in the coverage.

Before the UK entered the EC in 1973 it had an agricultural plan which made the nation virtually independent for food production as well as a carefully controlled and conserved fishery policy, making fish the cheap food of the nation.

The Conservative Party disguised the full impact of our joining the Common Agricultural Policy and it seems that many MPs had little or no idea of the depth of the radical change the government was implementing. The CAP soon became famous for taxation of production, subsidies favouring France in particular, whose butter and wine over-production formed mountains and lakes, paid for by UK taxpayers. Huge tariffs were put on imported foods from Commonwealth countries.

Agriculture will need special help in Brexit. Many had hoped that Boris Johnson would not pay the £39billion (and rising) agreed by Mrs May, but use those funds to buffer agricultural change. Now Defra is apparently entertaining the idea that British farming should be shut down altogether, an astonishing proposal which is hard to believe.

Farmers are worried about losing EU subsidies and becoming open to global competition, currently kept out by EU tariffs. This is the context of the curious controversy about chlorine-washed chicken, currently banned in the UK by EU legislation, although chlorine-washed bagged salads are allowed.

The chlorine wash often administered in the US is designed to knock off any residual bacteria after slaughter, an extra protection. Anti-Brexit Remainerdom is backing the ban on importing US chicken as if it is an animal welfare issue, ACthat US fowl can be raised and killed in less hygienic conditions which are compensated for by the chlorine wash. Its inclusion in the ‘what’s not for sale’ new negotiating mandate for US trade talks is hardly a call to arms.

Defra Secretary George Eustice recently said that the UK has no plans to drop the ban, but refused to make that permanent, and said that a lactic acid wash might be agreeable to the USA and UK, although that does rather undermine the animal welfare argument just cited.

The UK is basically saying that the USA has inferior hygiene standards to the UK.This does seem hard to defend, even if we look at the BBC on food safety compared in both countries. Chlorine-washed chicken arguably is safer than EU chicken with its second level of bacterial protection. It looks like much ado about nothing and a pretext to hinder a USA trade deal.

In addition, it is somewhat ironic that there is an outcry over chlorine-washed chicken while ritual slaughter without pre-stunning, in the face of all normal Western animal welfare practice, still raises little outrage. UK law requires animals to be stunned before being killed, unless the meat is intended for Muslims or Jews. A Government survey in 2018 found that in one week (January 29 to February 4) 244,305 sheep were slaughtered, 25 per cent by non-stun methods, or 61,000 animals. For broiler chickens the figure for non-stun slaughter was 9 per cent of just over 18million birds, or getting on for 1.8 million.

Whether stunned or unstunned, halal killed meat is controversial. But there is no legal requirement to label it as such. Consumers are given no choice.

US chicken is killed more humanely than non-stun halal. If it passes necessary hygiene standards and is clearly labelled, it should be left for the public to decide whether to buy it, and not used as excuse to hamper US trade talks.