Chernobyl and the true drab horror of socialism 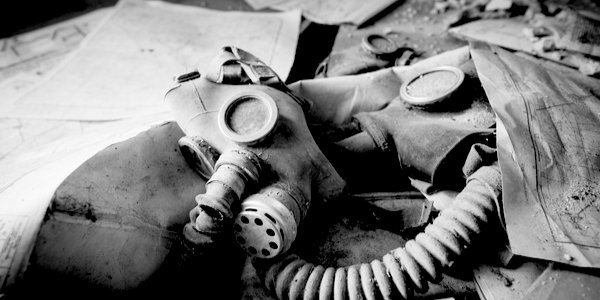 IT HAS always struck me as odd that in 2019 there are still those who would advocate socialism and communism in this country and indeed in the West generally.

Knowing what history tells us of these now universally discarded and defunct ideologies, it seems quite extraordinary that, inter alia, Messrs Corbyn and McDonnell try to persuade us that this is in any way desirable. More extraordinary still is the plethora of ‘socialist historians’ determined to demonstrate that these ideologies existed long before Marx and Engels. They didn’t, though despotism, tribal warfare, greed and a total disregard for large swathes of people has certainly characterised much of world history.

Churchill is alleged to have said to Stalin: ‘It isn’t communism which works, it’s the midnight knock at the door’. This might equally apply to any extreme ‘ideology’. After all, fascism and communism effectively meet each other behind the bicycle sheds. Whether you choose to be shot or hanged, the result is very much the same. In the Commons in 1945 Churchill (again) said: ‘The inherent vice of capitalism is the unequal sharing of blessings. The inherent virtue of socialism is the equal sharing of miseries.’

Modern day exhortations or lamentations for such regimes past are always and without fail uttered by people who would remain pleasantly immune from the ravages of said philosophy. Those commonly (and fairly) referred to as ‘champagne socialists’ pontificate about the benefits of socialism from their luxury Camden Town and Islington dwellings. Luvvies abound of all denominations, keen to advertise their ‘just and fair’ credentials. Advocates of socialism are always drawn from impoverished classes such as the international stars of film and theatre world, popular entertainers and musicians, not forgetting self-serving ‘intellectuals’ of university academia. They, of course, would know.

If you have ever wondered what life might be like under an ideology long ago discarded by the world, particularly the West, do watch the current Sky Atlantic TV serial Chernobyl. Quite apart from being a superbly assembled ‘no frills’ drama, it does make very clear how communism failed at least two generations and nearly killed off at least half the non-communist world in the process. The utter contempt for life engendered by an obsession for control and secrecy is beautifully balanced against the courage and heroism of its plentiful, loyal and conveniently dispensable ‘proletariat’.

Orwell’s Animal Farm, prescient at the time of its publication and as relevant today as ever, is writ large over this excellent but harrowing dramatisation of events. Glaringly, rubbed into our faces, select apparatchiks were very much ‘more equal than others’. The party machine, hugely incompetent and determined never to be (found to be) wrong, cynically enlists endless innocents to clear up the mess of Chernobyl, sending them to a sure and excruciating death, paying only minor lip service to ‘some of the dangers’.

The Bolshevik Broadcasting Corporation (in this instance, in the guise of Radio 5 Live) during a review of Chernobyl received a phone call from a very elderly former Russian citizen, resident in the UK for many years, who praised the accuracy of the entire programme, right down to the waste baskets in the hospitals. Poetic licence so often dilutes the true impact of history because modern audiences are thought to be impatient and to find it hard to relate to the unspectacular. But in Chernobyl is presented a triumph of the drab, the cynical, the barbarity and cruelty of the regime, the complete absence of social mobility, the incarcerating nature of those drab grey public housing towers and the absence of hope. And yet the downtrodden have courage and a nobility of spirit entirely incompatible with their surroundings and certainly not engendered by the prevailing regime. Indeed, the miners featured in the serial are the great heroes of the piece, working with immense dedication while certain of their death, titans of the human spirit in spite of the ‘ideology’ of the country in which they had the misfortune to be born.