Charging anti-Semitism makes you a racist 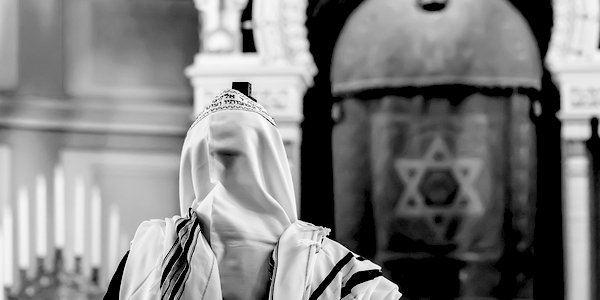 IN THE aftermath of the Christchurch terror attack a new phenomenon has emerged. According to the Left, and their fellow Islamist travellers, challenging anti-Semitism is now a form of ‘Islamophobia’ and ‘racism’.

While attending a vigil in New York for the victims of the Christchurch massacre, a pregnant Chelsea Clinton was hectored by activists who accused her of causing the attack and being part of a ‘bigoted, anti-Muslim mob’. Clinton’s crime was to call out Representative Ilhan Omar on her anti-Semitism. Being black and Muslim does not give Omar the right to spread her toxic anti-Semitism. But in the peculiar hierarchy of victimhood those who are the victimisers are now portrayed as victims.

Similar antics are afoot this side of the pond. Ongoing evidence shows that the Labour party is institutionally, and probably irreversibly, anti-Semitic. There can be no refutation, even for those who insist on the myth that anti-Zionism is not anti-Semitism.

Labour members are obsessed with the Palestinians. They have fallen for the false narrative that all Jews are white and Palestinians people of colour and so have automatically granted them victimhood status, and Jews the status of racists. Racism is the buzzword of our time. Those that declare themselves anti-racist – even if the truth shows this to be false – think this imbues them with an invisible cloak of protection against accusations of anti-Semitism. But it doesn’t.

During last month Labour suspended Asa Winstanley and expelled Jackie Walker. Both anti-Semites, and their supporters, have railed against these decisions with accusations of Islamophobia and racism, perfectly illustrating this new trend.

Winstanley is a prominent blogger for a website called Electronic Intifada which peddles anti-Semitic conspiracy theories and blood libels against Israel. True to form, Jeremy Corbyn found himself sharing a platform with Winstanley at yet another dreary ‘I hate Israel’ gathering.

Walker has shown nothing but contempt for Jews, from incorrectly linking them to the slave trade to questioning why Jewish organisations need such high security. Perhaps if Labour hadn’t legitimised anti-Semitism to the extent that they have, security requirements for synagogues and Jewish faith schools might not be so extensive. But anti-Semites aren’t known for their logical thinking.

Instead of showing remorse for her anti-Semitism, Walker prefers to portray herself as a victim of racism. She even created her own sob fest, called ‘The Lynching’, to protest her innocence and to paint herself a victim of racism, courtesy of the ‘Israel lobby’. Backed by anti-Israel luvvies such as Alexi Sayle and Ken Loach, and the lunatics at Jewish Voice for Labour, her one-woman show is very popular among the Momentum crowd.

Walker’s supporters claim that she cannot be anti-Semitic because she is Jewish. But they fail to grasp the fact that being Jewish does not excuse one from being an anti-Semite. Self-hating Jews have unfortunately littered Jewish history, from to Karl Marx to Noam Chomsky and Bernie Sanders. Declaring oneself Jewish does not offer a free pass to participate in anti-Semitism.

Some anti-Semites in Labour proclaim themselves Jewish, even though they may have a tenuous link, if any at all, to Judaism. Using their Jewish identity as a shield, they insist that protests against anti-Semitism in the party are smears. Unlike the current fashion for misguided men to put on dresses and declare themselves women, Judaism cannot be donned as an identity just because a person wants to use it to legitimise their anti-Semitism. The laws of matrilineal descent in Judaism are very strict and don’t extend to those who suddenly declare themselves Jewish in a discredited attempt to give credence to their anti-Semitism.

Winstanley, Walker and their supporters insist they are only anti-Israel and not anti-Semitic yet they position themselves as victims of Jewish conspiracy – a timeless anti-Semitic trope. They exist in an echo chamber where they have convinced themselves, and others, that they are virtuous fighters against the scourge of racism.

But the truth is that they partake in the worst form of anti-Semitism seen in Europe since the Nazi Party came to power in the 1930s. Obsessed with victimhood, they recognise it everywhere except in those they victimise – Jews. Winstanley, Walker and their supporters are the worst kind of anti-Semites, hiding their hatred of Jews behind the much-discredited figleaves of anti-Zionism and flinging accusations of racism at anyone who challenges them. But they are fooling nobody but themselves

That it took so long for Labour to discipline two blatant anti-Semites is evidence of their lackadaisical and complicit attitude towards anti-Semitism. So the hatred against Jews so prevalent in Labour will continue, and any attempts to refute it will be met with cries of Islamophobic and racism. Given that this can lead to the accused losing their livelihood, or even being imprisoned, we risk the consequence that few will now be willing to speak out against anti-Semitism. This is what happens when we let the Left and Islamists control the narrative on identity politics, anti-Semitism and Israel.

In our increasingly Orwellian society it’s not only the fascists who declare themselves to be anti-fascists but those who exhibit the worst signs of racism that are acclaimed as anti-racist.

Should Labour win the next general election – which is a possibility given Theresa May’s manipulative bungling of Brexit – be prepared for a crackdown on free speech that would make the Stasi proud. Not only will accusations of anti-Semitism be decried as Islamophobic and racist but so will any criticism of the Labour party. If critics of anti-Semitism can be denounced as racists, it is not a big leap to apply that illogical thought process to everything else. Vote for Labour at your peril.