NewsPaperthe art of publishing
Home News Cerberus: Can Goldsmith finish Corbyn and so save Labour?
105

Cerberus: Can Goldsmith finish Corbyn and so save Labour? 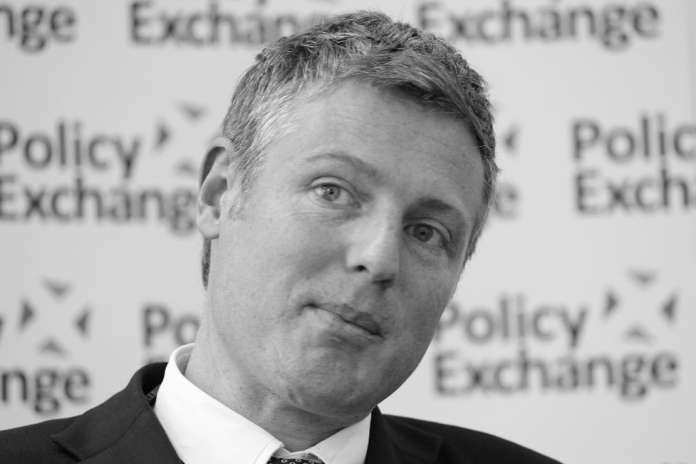 Make no mistake, Labour is heading for a drubbing on Thursday. At this point in the electoral cycle when it should be gaining hundreds of seats, it is set to lose 100-200 in the English council elections. Its Scottish nightmare will continue north of the border where it could well be beaten into third place by the Conservatives in the elections to the Scottish parliament. It will lose more ground to Ukip in its northern and Welsh heartlands. After the sulphurous row over anti-semitism sparked by Ken Livingstone’s unhinged and outrageous intervention, Sadiq Khan, the front-runner for London mayor, might yet come a cropper.

Corbyn can probably withstand a meltdown in the town hall and Scottish polls. But if Khan falls to Goldsmith in the capital, the bearded Trot’s days are surely numbered.

So far, Goldsmith’s campaign has failed to catch fire. But at the weekend, he was doing his utmost to capitalise on Corbyn’s botched handling of the Livingstone affair and directly linking Khan to the former Labour mayor’s repugnant views, telling The Sunday Times that Khan had publicly supported Livingstone in 2006 when, in a previous anti-Semitic outburst, he had likened a Jewish journalist to a concentration camp guard. He also said that Labour was frightening Jewish voters into quitting the capital by failing to counteract the ‘virus’ of anti-Semitism.

The Goldsmith counter-blast may well have come too late – and Khan has been swift to seek to dissociate himself from the virulently anti-Israel stance of Livingstone and the suspended Labour MP Naz Shah. But this most poisonous of Labour domestics runs the risk of igniting a genuine leadership crisis by next weekend.

Certainly, the mood of Labour MPs is plunging new depths of despair. As one former Shadow Cabinet minister put it: “This is all about the leadership. We have a weak leader who is up to his neck in these bad people.” A serving member of the Shadow Cabinet was equally desolated. “It’s because he (Corbyn) is useless. His operation is useless. They don’t know what they are supposed to be doing.”

Another source quoted in the press feared Labour’s total implosion. “Jeremy could be finished off by his own side or forced to stand aside earlier than he might otherwise have done. But the party is falling apart so fast that there might be nothing worth leading.”

That point – the sense that Labour is going over a cliff – might just concentrate minds. To date, Labour MPs, overwhelmingly opposed as they are to Corbyn, have shied away from confronting him. They have no agreed alternative candidate nor do they have a coherent political programme. They fear that any attempt at a coup will be met by the most brutal of reprisals (mass deselections). They agree with Alastair Campbell that Corbyn is “unelectable but irremovable”.

But if Khan goes down in the Labour stronghold of London, will they continue to sit on their hands? Talk of coups abounds, most of it centred on a bid by the equally hard Left Shadow Chancellor John McDonnell, seen as at least more competent than the floundering Corbyn, doing a deal with the moderates and ousting the incumbent. That would then open the door to a straight fight between the Left and the Blairites for the soul of the party.

If Labour has any survival instinct left, it is hard to see how the present turmoil can long continue. Under Corbyn, Labour’s agonies are multiplying fast. As the Blairite commentator Dan Hodges puts it in the Mail on Sunday, Labour is broken. It is devoid of policies, prospects of power, and any sense of purpose or direction. It is nearing the point of no return.

It is a long shot but Zac Goldsmith may yet finish Corbyn and so save the Labour Party.

Cerberushttps://www.conservativewoman.co.uk
Cerberus writes a blog every Monday on the state of modern Britain.