NewsPaperthe art of publishing
Home News Cerberus: BoGo is a threat to Cameron’s job not just his Europe...
18

Cerberus: BoGo is a threat to Cameron’s job not just his Europe deal 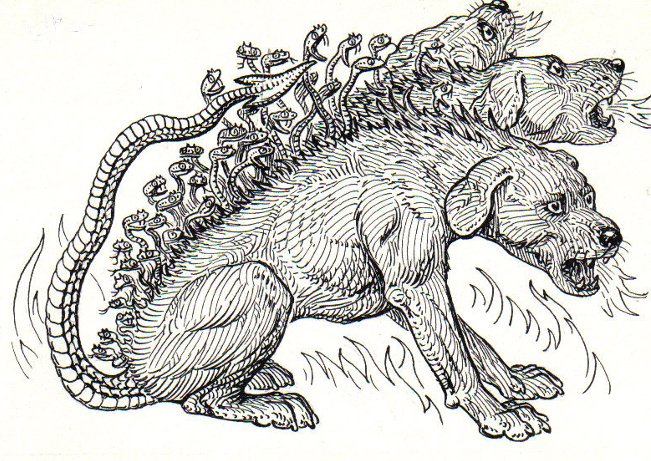 So now it’s serious. Until late afternoon yesterday, a distinctly underwhelmed nation was bracing itself for four months of campaigning about the merits or otherwise of British membership of the European Union. For other than a minority of hardy souls, who know that the June 23 vote goes to the very heart of what kind of country we  are, the referendum was placed squarely in a box marked “important but boring”. That all changed on a North London pavement when an unusually well scrubbed Boris Johnson announced to the media that he was, after all, an Outer.

Game on. Now the future is not just a wrangle over the merits of the Prime Minister’s Brussels “triumph” in checking the ambitions of virile Polish plumbers with large families back in Warsaw to grow fat on the backs of UK taxpayers. Nor is it just about the vital if well worn arguments over sovereignty, our powers over immigration or access to European markets. Johnson’s entry to the fray means a far more visceral and immediate kind of power hangs in the balance – the power to lead the country.

For all his protestations to the contrary, David Cameron knows that his premiership is on the line. It is inconceivable that he could lose a referendum on his country’s destiny – a referendum he called and one predicated on a renegotiation he led – and survive as Prime Minister. Defeat would be a humiliation and a shell-shocked Conservative Party would demand a new Prime Minister to put the political apple cart back on its wheels.

Up to 5 pm in Islington yesterday, the assumption in the Westminster Village was that Cameron – seen now as something of an electoral miracle worker after his Scottish and general election victories – would see off the motley crew of Brexiteers. Sure, the people are angry, especially about mass immigration that crushes their wages at the bottom end and clogs their schools, hospitals and clinics. But with the establishment clearly lined up behind Remain (the leaders of the two main parties, three quarters of the Cabinet and apparently all the Shadow Cabinet, big business, the unions mostly, the Foreign Office, Whitehall etc) the expectation was that Cameron would prevail, so paving the way for him to hand the keys to No 10 to his buddy and political ally George Osborne some time in 2019.

None of that conventional wisdom applies any more. Boris – or “BoGo” as he will be known henceforth – is the most popular politician in the land. He has twice won the mayoralty in a city that seems to move further to the left as its wealth and population, swelled hugely by immigration, grows. If Cameron is a seen as an election winner, Boris looks unstoppable. The Prime Minister (and Osborne) have a fight on their hands now.

Cameron will be incandescent at what he regards as Boris’s opportunism. He and his allies have been making great efforts to woo the London mayor, promising virtually any Cabinet job he wants in return for joining the Remain campaign and marshalling the City of London behind the Prime Minister’s bid to go down in history as the man who settled the European question. A whiff of that appeared last night with the revelation that Boris emailed his intentions to the Prime Minister on Saturday and then texted him just nine minutes before he took to the airwaves.

Then there was the dinner at Boris’s home last Tuesday with Michael Gove, once a prime mover in Cameron’s Notting Hill set but now seemingly estranged after his abrupt dismissal as Education Secretary at the behest of election guru Lynton Crosby. The Mail on Sunday’s splash about a “secret plot” involving Gove and BoGo was last night looking prophetic.

Gove has published an eloquent commentary on his reasons for wanting to quit the EU, in which sovereignty – the right of the British people to decide their own laws free from foreign interference-loomed large. Perhaps it was no coincidence that Boris made similar points yesterday as he explained his decision to break with Brussels, adding that Cameron’s deal did not amount to fundamental reform.

As Boris put it: “Sovereignty is people’s ability – the ability of the public – to control lives and to make sure that the people they elect are able to pass the laws that matter to them. The trouble is, with Europe that is being very greatly eroded.

“You have got a supreme judicial body in the European Court of Justice that projects down on this 500 million-people territory a single unified judicial order from which there is absolutely no recourse.

The odds have been evened up. This may well turn out to be the people’s army versus the politicians, as Nigel Farage likes to say, but every army needs its generals and in the cerebral Gove, the political celebrity Johnson and the supremely fluent, irrepressible and highly knowledgeable Farage, the troops have people they can follow.

Gove, Johnson, Farage, Priti Patel, Iain Duncan Smith, David Davis, Liam Fox, Owen Paterson and others versus who exactly? Cameron, Osborne, Philip Hammond, Theresa May (though her heart does not seem to be in it), and former prime ministers Blair, Brown and Major (although they are much diminished figures). Corbyn, even if he can be persuaded to stop blathering on about “poverty in Europe”, won’t be much of an asset – and history teaches us he is really an Outer anyway.

All of a sudden it is looking like a fair fight. A battle over Europe, yes, but also a battle for the supreme political prize. How many ambitious young Tory MPs might even now be reconsidering their position on Brexit? No one wants to be on the losing side, after all.

Cerberushttps://www.conservativewoman.co.uk
Cerberus writes a blog every Monday on the state of modern Britain.