NewsPaperthe art of publishing
Home News Caroline Farrow: Three cheers for the Pope. We would all breed like...
3

Caroline Farrow: Three cheers for the Pope. We would all breed like rabbits if we could afford it 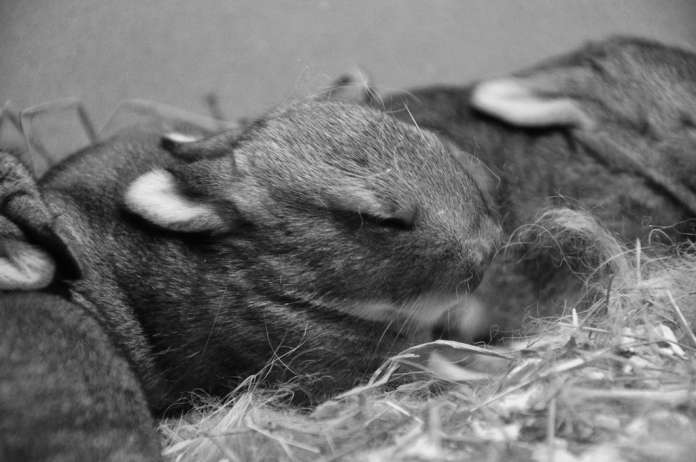 So the Pope’s got a downer on traditional Catholic families and is taking the same line as the Coalition government:  good Catholics shouldn’t breed like rabbits and responsible parenthood entails no more than three children, or at least that’s if you believe the various headlines.

Dig a little deeper, beyond this misleading BBC report which has the Pope claiming that population experts are recommending that three is the upper limit, read the original transcript of his remarks and you’ll see that what he actually said was that population experts believe that three is the minimum amount of children recommended for families, if Europe wishes to avoid a forthcoming demographic crisis.

While some Catholics have baulked at the Pontiff’s remarks, believing that by employing the language used by secular liberals to denigrate Catholic beliefs, the Pope has validated an unhelpful stereotype, in common with all Christians, we ought to be used to misunderstanding and mockery by the wider world as part of the Christian vocation.

All that the Pope did was to restate traditional Catholic teaching regarding contraception and indeed family size. While Catholics are urged to be generous, this is not to the point of irresponsibility,  which is why Francis seized on the example of the woman with seven caesarean sections. It’s not just serious medical circumstances that ought to dictate family size – the Vatican document Casti Connubii, issued as far back as 1930 reminds Catholics that when taking into account a family’s rights to have children, they also have corresponding responsibilities such as to educate them. Later documents such as Paul VI’s Humane Vitae and Gaudium et Spes, issued in the wake of the Second Vatican Council, also propound the notion of responsible parenthood and lay out some of the considerations that parents need to think about when determining whether or not to have more children – although the emphasis is on generosity where possible.

So what was said was nothing new, but it was simply the Pope’s language which took everyone by surprise, being designed to appeal beyond the Catholic faithful. What the press failed to take note of, perhaps unsurprisingly was the appeal to those in the developing world to resist the pressures put upon them by Western nations to have fewer children, which is often a condition of foreign aid. While poorer people need to exercise the same responsibility as the rest of us, it ought to be remembered that for them, each child is equally a treasure and ought not to be viewed in the dehumanising terms of being an socioeconomic burden.

Which kind of brings us back to the well-rehearsed argument that if the Pope and the Catholic Church are advocating responsible parenthood then why on earth don’t they relax the ban on contraception? Leaving aside the theological arguments, which are easy enough for an enquiring mind to discover, this mindset demonstrates how contraception is automatically assumed to be an effective guarantee against pregnancy and the only responsible way to enjoy a sexual relationship.

As BPAS, the UK’s largest abortion provider testifies, a staggering two thirds of women presenting for abortion were using a contraceptive at the time they conceived. Contraception is by no means a guarantee of avoiding pregnancy. Joyce Arthur, founder and director of the Abortion Rights Coalition of Canada, admitted in 2013 that ‘most abortions result from failed contraception’.  A study of Russian women conducted in 2012, demonstrated that while Russian woman had the highest contraceptive use compared to  women in surrounding countries, they also had the highest abortion rate. A 2011 study in Spain showed similar: a sample group was studied over the period of ten years. As use of contraception within the sample increased from 49.1 per cent to 79.9 per cent, the abortion rate within that period doubled.

So if as data indicate, contraception leads to increased abortion (which is a traumatic experience experience for women, whichever side of the debate you are on) then why are we advocating it as a necessary given? And, as more and more non-Catholic women, like Holly Greig-Spall are discovering, hormonal contraception is not particularly good for you.   (Ironically because Greig-Spall couldn’t be attacked on the grounds of her religion, the feminist brigade went after her throat for not being a proper feminist after daring to critque birth control.) The natural alternatives advocated by the Pope, are in reality, much better for women’s all-round health. After all, why would anyone concerned with health assiduously avoid food containing pesticides, or meat laced with antibiotics and artificial hormones, only to feed themselves a pill containing a similar substance on a daily basis?

The reality is that far from being the mythical symbol of female empowerment, contraception has served to enslave women, meaning that men are no longer required to exercise any restraint, women are now technically available 24/7 for consequence-free sex and given that abortion is billed as a woman’s right to choose, any unintended resulting pregnancy is entirely their responsibility.

By contrast, the several methods of Natural Fertility Awareness or Natural Family Planning, now available on the High Street, empower a woman to monitor her fertility on a daily basis, which also has the consequence of being able to spot if something is awry with her cycle or fertility, enabling her to seek corrective treatment, before automatically opting for IVF – the treatment of last resort. The IVF pioneer Professor Robert Winston backs up the view that there are many more treatments which may be more effective and cheaper, but unfortunately it’s only when women come off long-term contraception in order to conceive, that a problem becomes apparent, as suppressing ovulation masks any potential problems.

Before scoffing at natural methods, sceptics ought to be aware that we have come a long way from the old rhythm method or Vatican Roulette as it was known. The Creighton model to cite just one, has a perfect use rate of 99.5 per cent and typical use rate of 96.8 per cent in terms of effectiveness for avoiding pregnancy, which beats that of traditional methods such as the condom or the Pill.

Of course natural methods require both male and female restraint, along with sexual fidelity in order to avoid sexually transmitted diseases. Why does that seem to be so hard an ask in today’s society?

In any event women ought to welcome any debate stimulated by the Papal remarks, in terms of how best to determine our family size and how best to facilitate this, not only by practical means, but also by creating favourable conditions in which women may have a realistic choice in terms how many children they have and how best to raise them.

The ONS has recently confirmed a long-term trend dating from the 1970s for one-child families, who in 2013, comprised 47 per cent of all households. The number of families with  only one child has increased by 40 per cent in a single generation. Experts predict that in a decade, half of all families will only have one child.

Those cheering on the idea of limiting family size ought to remember that three children, the desired replenishment rate, is beyond the resources of most working families on an average income. Rather than pushing for a false reliance on contraception it would be nice to see the Government not only invest more in making natural methods widely available and supported by the NHS, decreasing our reliance on pharma, but also encouraging more married couples to be in a position where breeding like rabbits was a feasible possibility.