NewsPaperthe art of publishing
Home News Caroline Farrow: The insanity of the BBC promoting Paris Lees as a...
66

Caroline Farrow: The insanity of the BBC promoting Paris Lees as a sex expert 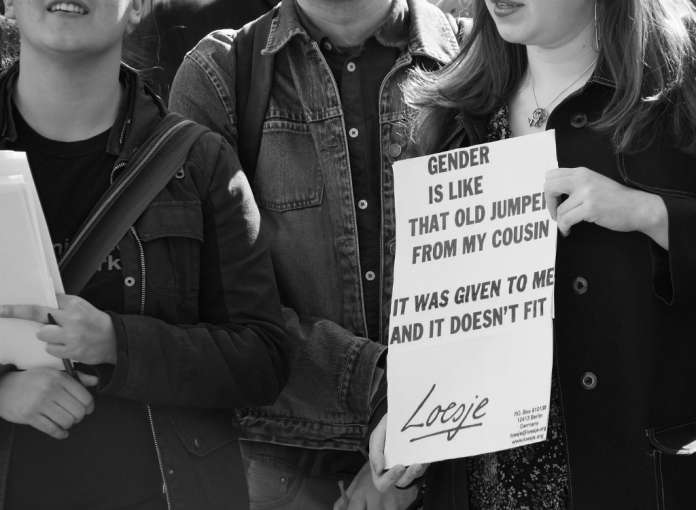 Imagine if Jeremy Clarkson or any other rambunctious heterosexual male who conformed to a laddish stereotype were to be given a TV slot by the BBC in which their brief was to discuss sex?

What if, in an effort to promote his said TV slot, said male wrote a gratuitously filthy article for an online publication known for outrageous and provocative content, in which they dished out various sex tips and advice to women which they claimed to have gleaned from a life of promiscuity. What would happen if this male celebrity were to term sexually promiscuous women ‘slags’, suggest that having sex with a woman who is crying and emotional ‘can be super-hot’ and suggest other potentially dangerous practices which could cause physical injury and infection. Would they really be tasked with presenting an a programme on sex which had to have an educational spin for the yoof?

That is precisely what has happened, dear reader, except the presenter in question is none other than transgender activist, Paris Lees, who because she is now deemed to be a woman and a member of the hippest supposedly-persecuted minority victim group, is now exempt from any scrutiny whatsoever. To question whether or not someone who was born a man and has had their genitalia surgically reconstructed to resemble that of a woman ought to be dishing out tips on feminine sexual health and hygiene is probably a hate crime these days, but nonetheless serious questions need to be asked about the BBC’s judgement.

Without putting too fine a point on it, a transgender woman has an entirely different anatomy to the common or garden woman; certain things are missing and others have needed to be rewired. Paris Lees’s sexual experience is going to be worlds away from that of the rest of us and she will have entirely different sensations and nerve centres. She is, therefore, in no position to be lecturing women about the joys of sitting on traffic cones, boasting that of course, being a surgically enhanced superior being, she is able to do so, or suggesting that women need to use particular hygiene products (which could potentially give you thrush) in order to make them feel like a virgin.

Lees even goes so far as to demand consensus that sex when a person crying can be a turn-on. This is an alarming, confusing and perilous message for the young audience at whom this advice is aimed. Far from being a sign of arousal or something which should be ignored, crying is a sign that someone is experiencing emotional or physical trauma. From the descriptions of her various sexual encounters it sounds as though Lees is trying to work out some very deep-seated physiological trauma by seeking out abusive and potentially dangerous situations.

The trouble with having a transwoman front so-called educational programmes such as this is that they have no actual experience of what it’s really like to be a woman. Therefore, they will omit vital information as well as mislead vulnerable and inexperienced young people who are inundated by online porn and who are having to navigate the modern minefield of consent and mutually fulfilling relationships in a world that encourages them to objectify themselves sexually as pieces of meat for sale, in the one night stand marketplace of Tinder. The last thing that young people need is the validation of a porn-star lifestyle, suggestions that they need to push their personal boundaries, and engage in all kinds of degrading and unnatural practices, if they are to have successful and fulfilling sex lives. Especially when it is all predicated around male lusts as Lees’s desires, so clearly are.

The terminology and phrasing employed by Lees reads like something written by an adolescent schoolboy or sexually stunted misogynist, in which it’s suggested that women enjoy and derive benefit from being penetrated by large objects, breasts are referred to as ‘lady lumps’ and women who are promiscuous are called ‘slags’ but still encouraged to have a period known as ‘slut years’ before settling down. Bizarre, unnatural and potentially dangerous practices are normalised and taken mainstream. Lees, disturbingly makes a jokey reference to a machete as being a normal part of equipment that one might need for sex, and a knife features in the background of her photograph.

The biggest irony is that having bemoaned the fact that the BBC has denied her the opportunity to make a show purely based on superficial smut and asked instead for an educational angle, Paris Lees demanded that sex education in the UK should grow up! A bit rich coming from a person who peppers their article with expletives and references to niche sexual practices in order to enhance her own reputation for edginess.

Both the article and her TV programme (which thankfully turned out to be a short on an internet-only BBC3) were revolting. Still the BBC already have form on this one – they are currently screening a programme on their CBBC channel which encourages children as young as six to question whether or not they are comfortable in their own body and to consider taking life-altering decisions if the onset of puberty alarms them.

Let’s get this straight. No matter how feminine or attractive Paris Lees appears, she remains nonetheless a person who was born a man, who was brought up and socialised as a man and who later decided to surgically and chemically alter her body to conform to male ideas about optimum female sexual attractiveness. And now this born-male is demanding that these artificial female body parts give her the right to lecture to young women on how to conduct and think about their own sex lives, and how to take intimate care of themselves because she knows better. All validated by our State broadcaster.

It’s enough to turn anyone into a feminist!